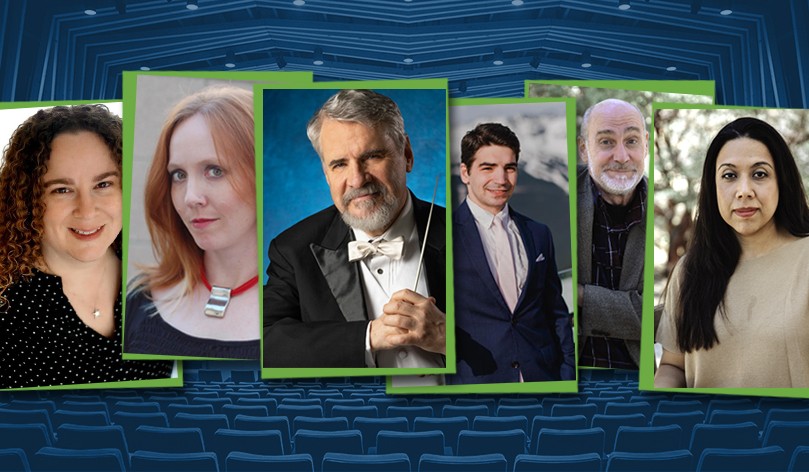 Jeanette and Shelly take over the leadership of departments that were already formidable and that have been strengthened by the addition of new faculty members as the 2019-2020 school year begins.

Ransom Wilson joins Idyllwild Arts as Director of Orchestral Programs for both the Academy and the Summer Program. The world-renowned flutist, recording artist, chamber musician, and conductor holds an ongoing professorship at Yale University School of Music, and is also the music director and conductor of Redlands Symphony, an hour’s drive from Idyllwild.

Greg Robbins comes to Idyllwild Arts as Associate Director, Orchestral Programs, to work in tandem with Ransom Wilson to conduct the Academy and Summer Program orchestras. Greg was founder and Music Director of Delphi Chamber Orchestra and recently served as Conductor and Executive Director of Young Artistes Philharmonic, a regional youth orchestra based in Greenwich, Connecticut. He earned his BM from Manhattan School of Music and his MM from Yale.

Catalina Alcaraz-Guzman has co-produced a forthcoming independent feature film about early-Hollywood legend Mary Pickford. Her faith in the power of young people to change the world is rooted in personal experience as an activist against drug-trafficking violence in her native Colombia. Catalina, whose MFA in Film and Television comes from Savannah College of Art and Design (SCAD), is eager to teach everything from Visualization to Producing and Directing.

We wish the best to all of our new faculty members!

EYE ON ALUMNI: Matt Murphy If you’re old enough to remember when a cell phone…