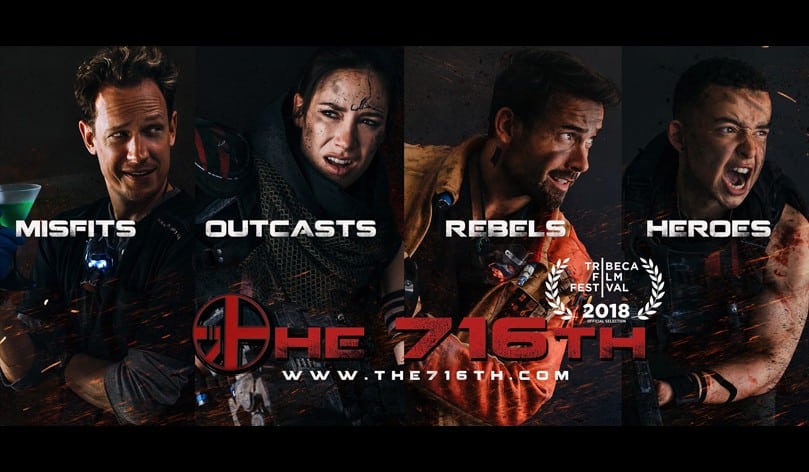 “Almost anybody can make a movie out of their house that has the look of a big Hollywood production,” according to Idyllwild Arts Film & Digital Media teacher Jon Alvord.

Director and star Andrew Bowen’s “The 716th,” made on a shoestring budget but a hit at New York’s Tribeca Film Festival last spring, proves the point.

Jon’s producing and visual-effects work on the sci-fi comedy short is part of what impressed Amazon Prime. Jon explains that this project would be a fantastic television series. With Bowen’s very funny script and their complete plan for the first two seasons in place, Jon sees this is an opportunity to build a fan base. Amazon is “tracking the number of views” of the shorts from various festivals. If interest is shown in “The 716th,” and the audience response has been amazing thus far, Amazon Studios could open conversations on developing the project into the series they have envisioned.

The most exciting part for Jon, a dedicated teacher and active industry professional, is that project development would mean he could “open the doors to all students, in all departments, to shadow professionals doing their craft.” This would be a rare opportunity even for Idyllwild Arts students accustomed to working with accomplished teaching artists.

Jon and his Film & Digital Media Department colleagues would love to see Idyllwild Arts students have this chance and are asking for social media posts about “The 716th,” using the hashtags #the716th #primevideo @PrimeVideo @The716th.

“The 716th” is called a “short,” an appropriate name for its current fourteen minutes. But given Jon’s Emmy Award winning experience for visual effects on the HBO mini-series John Adams (2008), as well as Andrew Bowen’s critically acclaimed work on MADtv (1998-99) and many subsequent TV and movie roles, “The 716th” seems primed to become a success when stretched out to full length. — Now let’s get the Amazon Prime comments going and spread the word on social media!