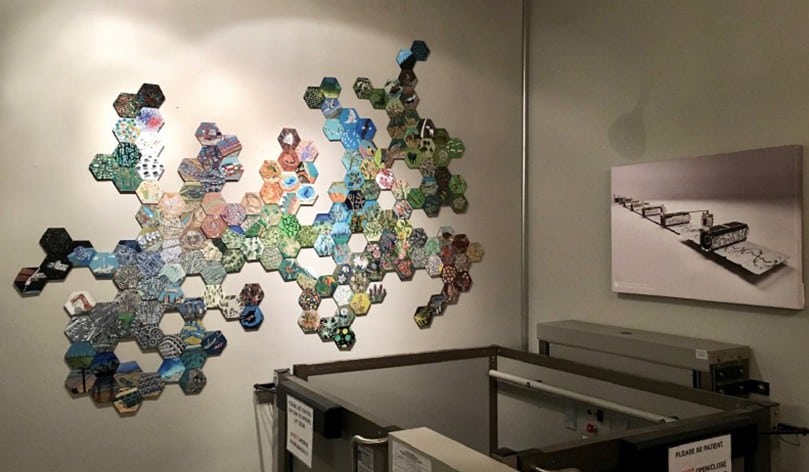 Pictured Above: “Linked” on view at main entrance of “The Mothership”. PC: Richelle Gribble

One of my favorite moments in art making is installation. This is when the idea and hard work reveals itself and the vision is realized. Incessant planning, sketching, brainstorming, erasing and making builds up to this presentation. In other words, I get to see if what I planned on works!

Observing how a project comes together is part of the joy of implementation. I step back from physically creating the work and see it for what it is. Is my intended message clear or referenced in the work? Does the display illuminate new ideas? How does this work relate to my other projects? What do I want to make next? These questions bubble up when observing the installation as if seeing what I made for the first time. It is a very fulfilling feeling and thought process. 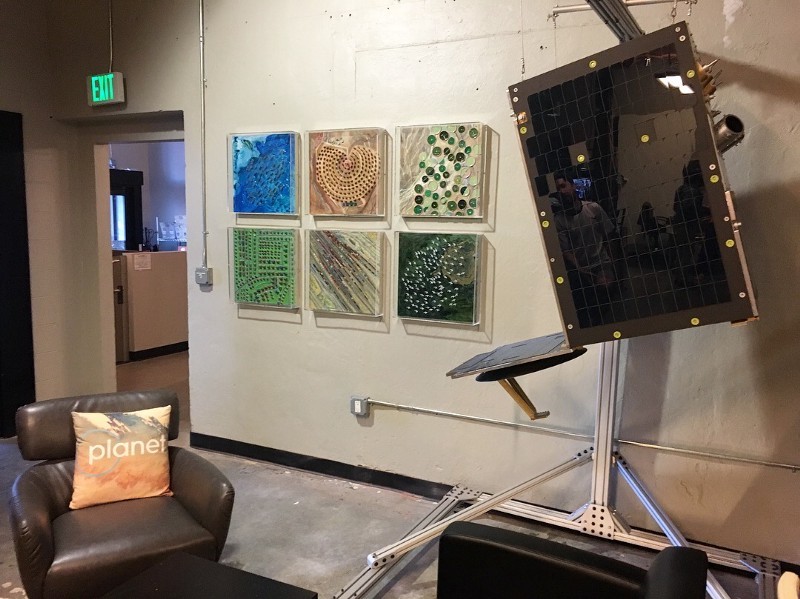 “Organized Chaos” on view in “The Mothership” next to a SkyBox satellite. PC: Richelle Gribble

Installing the artwork is also symbolic of giving the artwork away. As soon at it is presented outside of the studio it is no longer my work, but everyone’s — it becomes a social object. My relationship to the artwork changes. Now the art and its meaning is divided between three: the artist, the audience, and the art itself. There is opportunity for viewers to generate their own meaning in the work or, as artist Jean Arp would say, participate in “visual free association” to discover meaning in context to their own life and experiences. 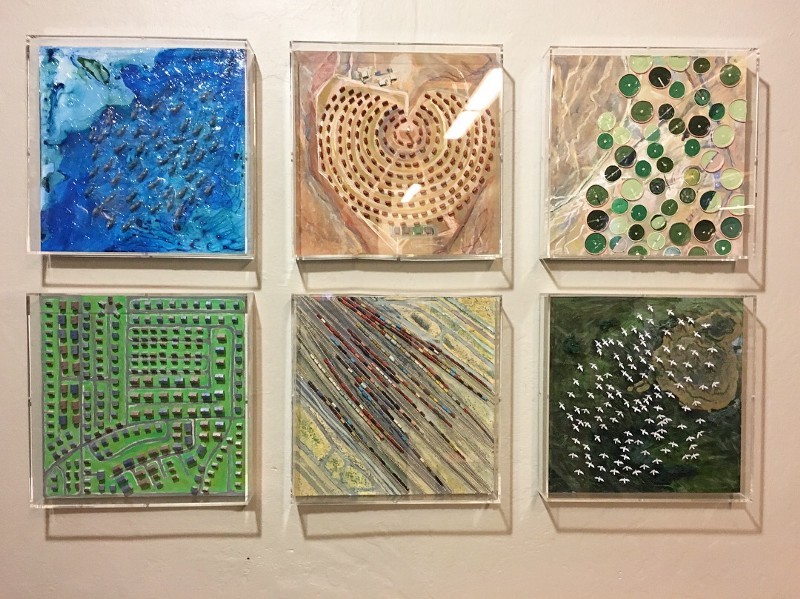 This series of artworks “Linked” and “Organized Chaos” are now on view in Planet’s Headquarters known as “The Mothership” in San Francisco, CA. It is a pleasure to exhibit in this space, presenting artwork to engineers, business executives, space enthusiasts, ecologists, advocates, astronauts and rocket builders who walk in the door. It is my hope that these vibrant works disrupt their daily routine, enlivening the rooms and providing a space to think, look, and reflect on these creative interpretations of Planet’s mission.

When Lizzie is hired to manage a wealthy estate before it sells, she has the…