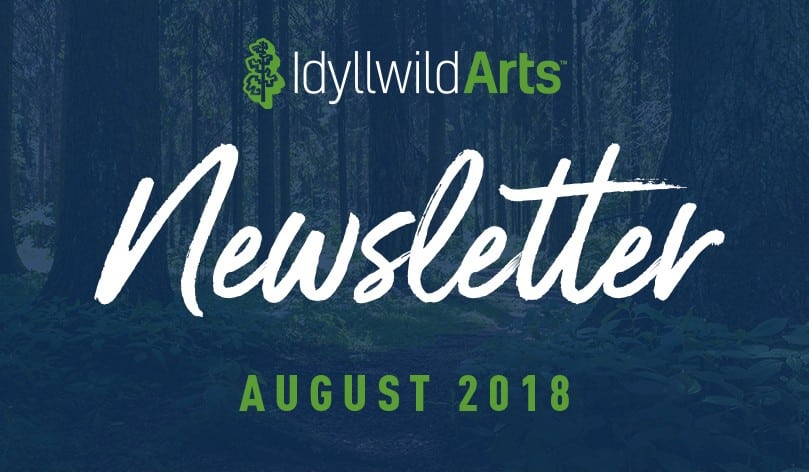 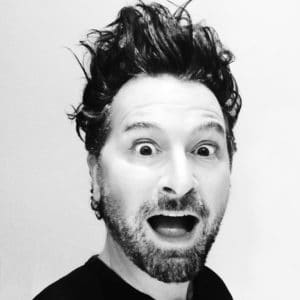 If you’re old enough to remember when a cell phone sufficed as a lethal blunt instrument and laptops seemed built for Arnold Schwarzenegger, you’ll appreciate the designs that launched Matt Murphy’s business career.

The 1988 Visual Arts graduate of Idyllwild Arts Academy—still called ISOMATA then—was nearing completion of his Bachelor of Fine Arts degree at ArtCenter College of Design, in Pasadena. For his Senior Project, Matt created a collection of bags for “urban nomads” burdened by the monumental personal technology of the early Nineties.

“Basically,” he explains, “it was about how the weight would be balanced when you were carrying it. I called it ‘nomadic architecture’ and it made use of my architectural studies.”

The innovative, sculptural bags attracted the attention of Vogue, which published some photographs. Those caught the eye of Karl Lagerfeld and “the next thing you know I was on a flight to Paris.”

Overnight, Matt had his own company, for which he would design several collections, plus two collections for Lagerfeld and the global collection for MAC Cosmetics.

Though wildly successful by most measures, he would eventually leave wholesaling behind. More exciting opportunities beckoned from the world of problem-solving and design, where his current company, MMD Ideas + Action, breathes the heady air of creativity.

“We consult on branding, advertising, events, designing experiences and products. . . like Le Citizen Hotel, overlooking Canal Saint-Martin, in Paris, which is both an experience and a product.”

Proving that Paris can yield more than baguettes, Brie, Bordeaux—or even designing an affordable luxury hotel—Matt also ran across an extraordinary salt from the hinterland of northern Brittany. It became the foundation of his company, Sel Magique (http://www.selmagique.com/), which sells this magical salt around the world.

But Matt has always been selling magic. 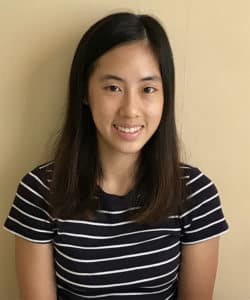 Idyllwild Arts Academy’s eleventh-grade Dance major Ying Chu Chen—known as “Kelly”—had finished her interview for this newsletter. But she knocked on the interviewer’s window on her way back to the dance studio. He slid it open, letting in the cold air along with Kelly’s words.

“Do you want to know what I stand for? I stand for equality for all human beings.”

Kelly had volunteered information that the interviewer would never have thought to ask for. It suggested how much she values her Idyllwild Arts education and how profoundly she experiences the Academy’s encouragement to “Remember who you are and what you stand for.”

“I cried when I got in,” she recalls. “It was the only American school I applied to and I looked at the website every day back in Taiwan.”

Vulnerability to deep emotions and willingness to show them are virtues of both Kelly’s character and her art. She is as much an actor as a dancer, and as a dancer she has undergone stunning development since starting at the Academy in 2016 as, she admits, “one of our weakest dancers.”

“My mother only wanted me to dance because it would be good for my brain and help me become a Chinese doctor.”

Kelly’s mother, who couldn’t afford to train as a practitioner of traditional Chinese medicine, has passed much of her extensive amateur’s knowledge on to Kelly.

“So when I’m too old to dance, I hope to become a doctor.”

She has a doctor’s grades, winning distinction as the Grade Level Scholar in both her freshman and sophomore Academy years. She would practice Chinese medicine in Taiwan or mainland China, but meanwhile is comfortable in America.

To stand for equality: these aren’t empty words for Kelly. 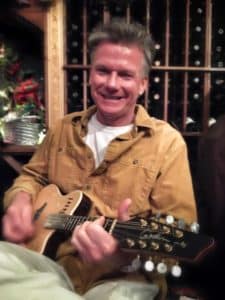 A lot of people had thought it. Thanks to Nanauwe Vanderhoop, Idyllwild Arts Academy’s just-graduated Songwriter, everyone attending May’s Commencement heard it. Presenting diplomas to Music Department graduates, Chair Chris Reba announced what each had enjoyed most about the Academy.

“Anything Don Reed does,” Nanauwe had told him.

How does the Songwriting teacher inspire such admiration? Part of it may be the persistence—crucial to learning the art of songwriting—Don has modeled.

“About eight years,” he says when asked how long he’d taught part-time for the Academy. “I’m not sure exactly.”

Now looking forward to his first year of teaching full-time, Don may have lost count of his years of part-timing because he’d been so busy doing different things to piece together a good living.

He moved to Idyllwild thirteen years ago, after many years of “doing everything”—including travel—for too many hours per week for an advertising agency dependent on the fortunes of tech clients. It had gotten old.

“As a kid I’d done the Summer Program, giving me good memories of Idyllwild. I came up for the weekend with my wife, Grace, and we took a leap of faith and bought a house. We didn’t have jobs!”

Work can be hard to find in a small town.

“But I’ve played guitar for fifty years, since I was seven. So I played gigs in town almost every other night, gave private lessons in my home, taught in the desert, and started producing an annual spring music series at Sunnylands, in Rancho Mirage. And I started a painting business. We’ve done about five hundred houses.”

“One thing led to another and I had the idea of a Songwriting Program.

“We started a few years ago with six students but have had up to twenty-three.”

The program’s success made it inevitable that Don would be hired full-time.

Has it registered that he won’t be painting houses anymore?

Pictured above left: In competition at age nine. Ask Hannah Wakelin if she can still…