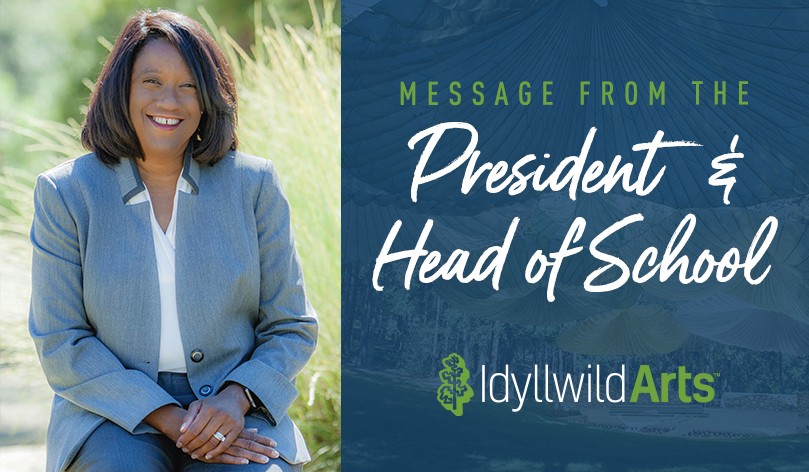 The students of Idyllwild Arts are now part of a long legacy of citizen artists who have contributed to the discourse and conversation for change in our country. Examples include choreographer Bella Lewitzky who stood up to the National Endowment for the Arts because they wanted to censor her ability to create original work; folk singer and social activist Pete Seeger who traveled the country, raising awareness about civil rights; artist Shepard Fairey who used his considerable talents to create the Hope poster capturing the optimism of Barack Obama when he was running for President of the United States; and Dr. Amber Pairis who has dedicated a career in science and in art to raising consciousness of the effects of climate change on tribal communities.

Young people today are demanding action and change in order to live the lives they envision for themselves and future generations. Whether it’s Black Lives Matter trying to stop police violence against African Americans or the students of Florida’s Marjory Stoneman Douglas High School who are demanding that politicians make responsible gun-control laws, young people are answering the call to action and vowing to make a difference in their communities and indeed the world.

On September 20, people around the world staged protests to raise awareness of climate change and to create support for environmental sustainability. The movement that led to this worldwide climate strike was largely started when Greta Thunberg, a youth activist from Sweden, stated that she would not go to school on Fridays until lawmakers took steps to halt carbon emissions.

The Idyllwild Arts Class of 2019 felt so strongly about our environmental challenges, the future of the world, and the responsibility of Idyllwild Arts to be both reactive as well as proactive, that they left the school a Sustainability Manifesto as a class gift. The Board and the school leadership accepted this manifesto and are taking steps to make changes in the school’s practices and policies.

At Idyllwild Arts, we believe that art can transform people and equip them to enact change. Standing up and speaking out is in the DNA of an Idyllwild Arts graduate and we look forward to seeing the difference that our students will surely make as they go out into the world.

In October, I had the good fortune of attending the Seed & Spark Summit in Ho…