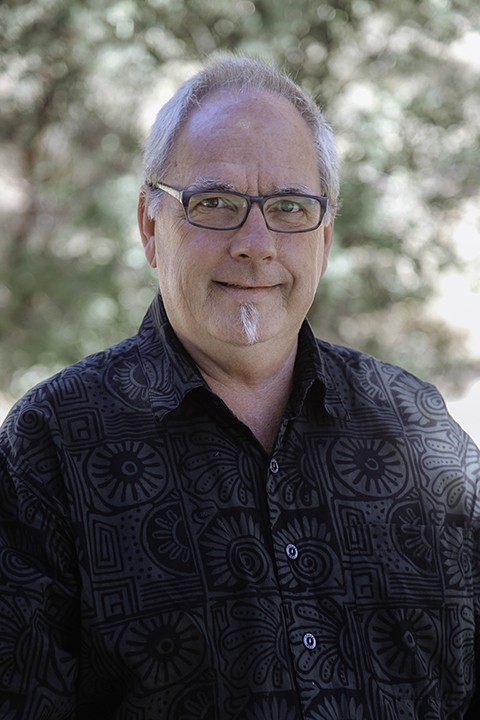 Saxophonist Paul Carman has been playing jazz “his way” around Los Angeles for over 35 years. He is a veteran of the Frank Zappa Band of the late 1980’s (in Frank’s own words, “The Best Band You Never Heard in Your Life.”) He toured with Zappa and recorded on the aforementioned CD plus “Make a Jazz Noise Here”, “Broadway the Hardway”, and several other Zappa compilations. Other artists Paul has played and recorded with include Kei Akagi, Vinny Golia, Bruce Fowler, Larry Koonse, Chad Wackerman, Kim Richmond, Brad Dutz, as well as the usual list of show band types (ie. Dick Dale and the Del Tones).

Paul has led many of his own original jazz groups over the years including “Mother Tongue”, “E.S.P.”, “Triorbits”, “Flying V”, and his current band “Fourbits”. He is a also member of the Los Angeles avant collective “WEDU”, a collaboration with trombonist Joey Sellers and saxophonist Matt Zebley. An accomplished composer he has released 4 critically acclaimed CD’s under his name and has composed and recorded music for several independent films.

Paul is very passionate and committed to jazz education. He has taught jazz, jazz history, saxophone, and computer music applications at USC, UC Irvine, Cal State Fullerton, Cal Poly San Luis Obispo, Saddleback Collage, and several high schools around the country. He is the developer of the acclaimed jazz teaching tool “CD Metronome” used in virtually every jazz school in the world. Paul also maintains a private teaching practice where he mentors young students into the jazz world. Paul is currently professor of jazz studies and saxophone teacher at Idyllwild Arts Academy in Idyllwild, California where he resides with his family.