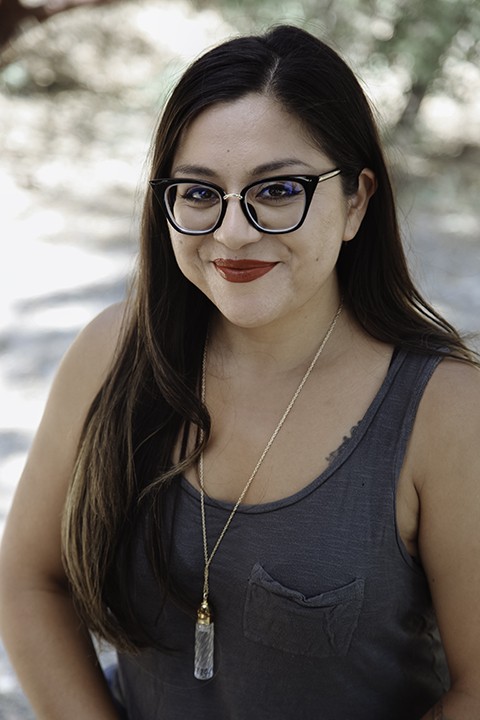 Born in California’s Central Valley, Linda Lucía Santana earned her bachelor’s degree in printmaking with a minor in anthropology at the University of California, Santa Cruz. Upon relocating to Kansas City, Missouri, she volunteered and participated in the construction of a community print shop in the downtown arts district. Linda completed her Master of Fine Arts in printmaking at the University of North Texas in Denton, Texas in 2013 where she also taught as a Teaching Assistant, Teaching Fellow, and Adjunct Instructor. Later that year, she created the printshop and became the first printmaking instructor at Idyllwild Arts Academy in Idyllwild, California.

In 2013 Linda was honored as the Featured Artist by the Hispanic Women’s Network of Texas-Fort Worth Chapter. In 2014 she was named one of the “13 Young Latina Artists Changing the Contemporary Art Landscape” on Huffington Post. In the summer of 2015, she was the first artist-in-residence at CreArtive Istanbul in Turkey where she taught an international printmaking workshop and created a series of prints. She currently teaches printmaking, drawing, watercolor, and jewelry design at Idyllwild Arts Foundation in Idyllwild, California. www.lindaluciasantana.com