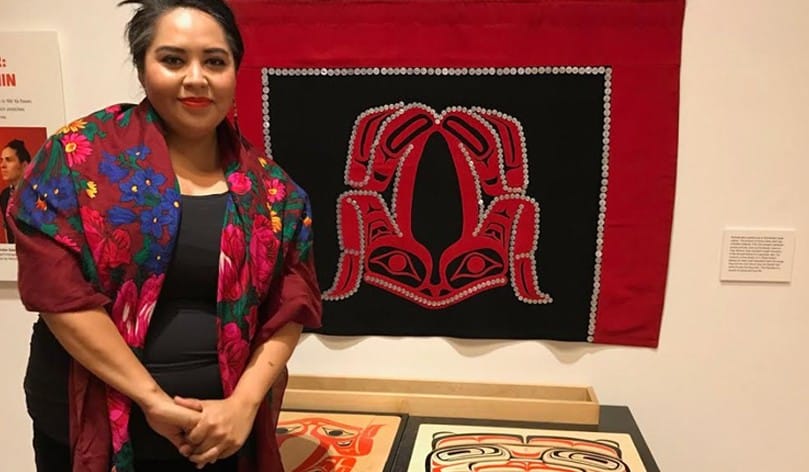 Pictured above: Shaliyah as curator.

Shaliyah Ben took on the role of Native American Arts Program Coordinator for Idyllwild Arts Academy in early 2019, but her connection to the school goes back much farther. Her parents were faculty in the Summer Program, of which Shaliyah is an alum in theatre and ceramics. So, when the Academy received funding to expand the role of Native American Arts, Shaliyah was a natural choice.

“I want this to be the premier place for young Native artists,” she says, noting the school’s long-standing connection to Native American art and culture, with the campus situated on Cahuilla land. “It’s something that isn’t happening anywhere else.” 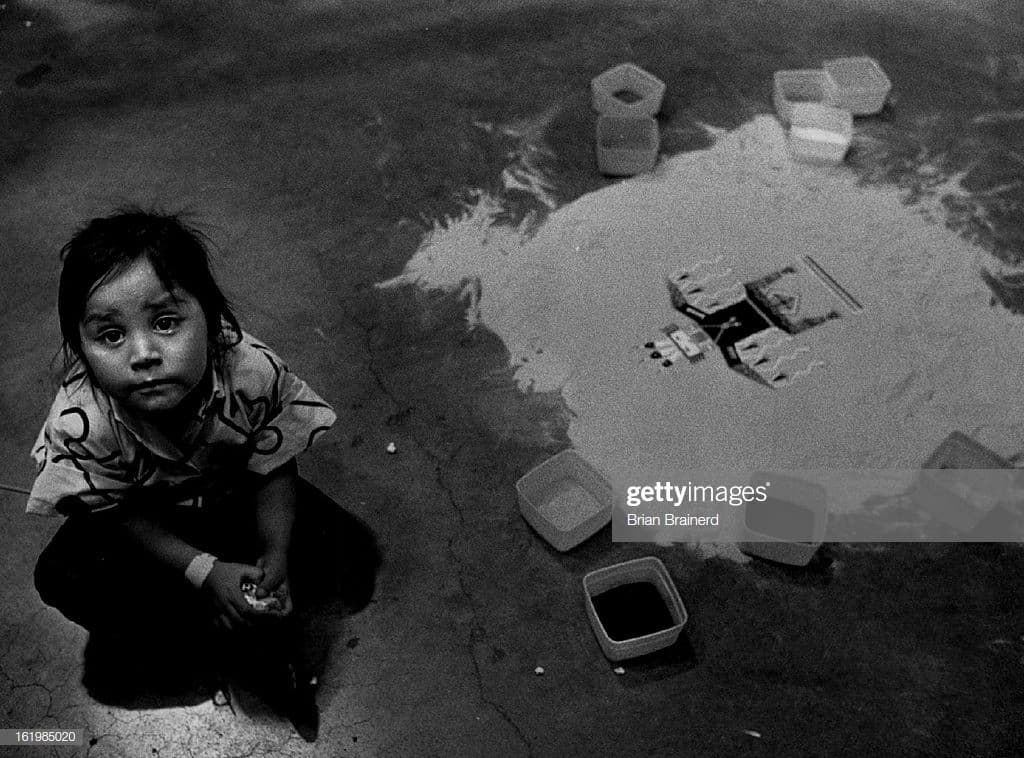 JAN 18 1987; Indians – Arts & Crafts; Shaliyah Joy Ben, age 2, sits next to a Navajo sand painting by her father, Joe Ben, of Scottsdale, AZ. Ben, who was born on the reservation in Ship Rock, learned the religious art from his elders. A sacred procedure, Joe Ben did the Thunderbird above without certain elements so it could be viewed by the public attending the Indian Craft Fair at Currigan Hall Saturday. The thunderbird is a healing symbol.; (Photo By Brian Brainerd/The Denver Post via Getty Images)

Shaliyah grew up with parents involved in the arts. Her father, Joe Ben, taught sandpainting at the prestigious École des Beaux Arts in Paris and was one of sixty artists invited to create a work for the United Nations’ fiftieth anniversary. He brought his talents to the Academy as a guest artist earlier this month. Shaliyah herself started working as a student museum guide in Arizona when she was fourteen. She recalls her experience with the museum as transformative:

“In my training, I learned about the different tribal communities in Arizona and their rich cultures. It helped me feel a sense of belonging.”

Shaliyah would go on to be a curator at the Heard Museum in Phoenix for twenty years, where she saw first-hand how the American education system relies on museums to educate public school children about art. At Idyllwild Arts, she hopes to expand the varied arts education offered, integrating Native American arts into existing classes as well as potentially adding a Native Studies class, which would focus on Native Arts from America and the rest of the world.

“People have ideas about what American Indian arts should be,” Shaliyah says. “If it’s not something that’s safe. . .”

She pauses to see if she has an example at hand. She produces a ceramic orange vase with a swastika symbol imprinted on its base. She takes in my awe.

“Something like this that’s not traditional, there’s not the same freedom. But it opens up education and historical context.”

She explains that while the symbol was bastardized by Nazi Germany, it represents other ideas around the world. In the sculptor’s culture, it represents “whirling log.”

Using art to educate isn’t the only way Shaliyah helps to inform the Idyllwild Arts community. She also served as a consultant last spring when Idyllwild Arts alum Martin Gerard was shooting his feature-length film, which centers around a Native American man wrongly accused of murder.

“They had questions about the dress. A lot of times American Indians in film have feathers or turquoise, but that’s not really accurate.”

She told the Film students about more casual examples of reservation clothing that subverted stereotypes while remaining realistic.

When she’s not assisting with student projects, Shaliyah focuses on finding guest artists from various disciplines to bring to the school so they can share their work with students. One recent example was Ed Kabotie, a Hopi artist and musician who presented a multi-disciplinary show called “Journey of the Human Spirit” on campus in October.

Shaliyah hopes these artists will not only share their crafts and disciplines but also help cultivate the values of Idyllwild Arts.

“It’s about curing biases—these ideas that are unknowingly held.”

She adds that she’d like to see Native Arts become a natural part of the Academy.

“I want to get to the point where they don’t need me,” she smiles. “Then I’ll know my work here is done.”

Above Photo Credit: Deborah Small In the days after the recent death, at eighty, of…

Seasons Greetings! Each December, I have childhood memories of waking on Christmas morning and bounding…