The Writing Workshops offer poets and writers at all levels a full immersion experience, designed to deepen your understanding of story and language. Faculty is composed of authors with both long publishing records and extensive teaching experience, eager to help you begin, continue or complete your books, poems, stories and essays.

Writers from around the world have found a special home at Idyllwild Arts. For decades, it has gathered thoughtful, provoking, and notable guests—among them Ray Bradbury, Norman Corwin, Lucille Clifton, Sharon Olds, Terrance Hayes, Billy Collins, Ted Kooser, Philip Levine, David St. John, and Natasha Trethewey. Join us to be inspired and challenged by world-class voices at our annual Writers Week.

Work and engage with some of the country’s premier literary artists. Writers Week includes:

The Idyllwild Arts Writers Week gathers a diverse community of writers who are committed to working together to explore new ideas in the world and in their own creative work. As a Writers Week participant, you will work closely with nationally-regarded faculty in small morning workshops focused on fiction, creative nonfiction, and poetry. After lunch, you’re welcome to experiment in the Writers Lab, a place where you can generate new work or revise. Each afternoon, you’ll hear special guests speak about their craft, the field of writing, or social issues in inspirational and thought-provoking sessions. Evenings include social time and readings by special guests, teachers, fellows and students.

Workshop groups meet for three hours each morning, with individual meetings on Thursday morning. Workshops are focused on respectful critique of work you submit in advance: 10 pages of poetry (one poem on each page, all in one document), or 15 pages of fiction or creative nonfiction sent by June 15. After enrolling in a genre, you’ll be assigned to a specific faculty member and a workshop group. All students are invited to read your work at the Friday afternoon gathering in the magical outdoor Holmes Amphitheater under the pines.

Skill Level: Idyllwild Arts Writers Week is open to anyone with an interest in writing, from enthusiastic beginners to emerging and established writers, as well as MFA students and recent graduates.
Enrollment limited to 10 students per workshop/teacher

**NOTE: Submissions for Fellowships will be accepted beginning November 15, 2019 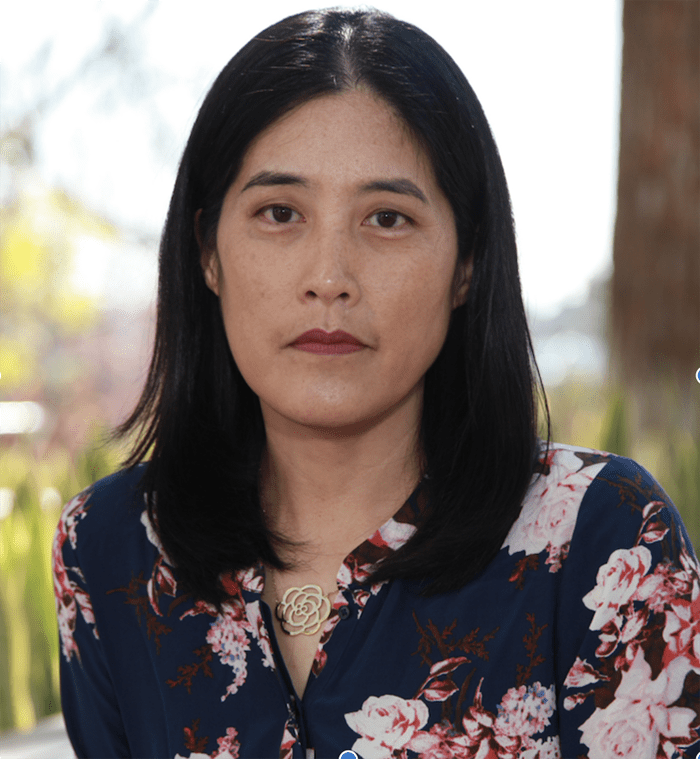 Victoria Chang’s fourth book of poems, Barbie Chang was published by Copper Canyon Press in 2017 and won the Housatonic Book Award. The Boss (McSweeney’s) won a PEN America Literary Award and a California Book Award. Other books are Salvinia Molesta and Circle, and she edited Asian American Poetry: The Next Generation.  She has received a Guggenheim Fellowship, a Pushcart Prize, a Sustainable Arts Foundation Fellowship, a MacDowell Fellowship, and a Poetry Society of America Alice Fay di Castagnola Award for her fifth book of poems, OBIT, which will be published by Copper Canyon Press in 2020. Her picture book Is Mommy? (Simon & Schuster), was illustrated by Caldecott winner Marla Frazee and was named a New York Times Notable Book.  She is a contributing editor of the literary journal, Copper Nickel and a poetry editor at Tupelo Quarterly. She is currently on the National Book Critics Circle Board.  She lives in Los Angeles with her family and her wiener dogs, Mustard and Ketchup, and is Core Faculty at Antioch University’s low-residency MFA Program.  www.victoriachangpoet.com @VChangPoet 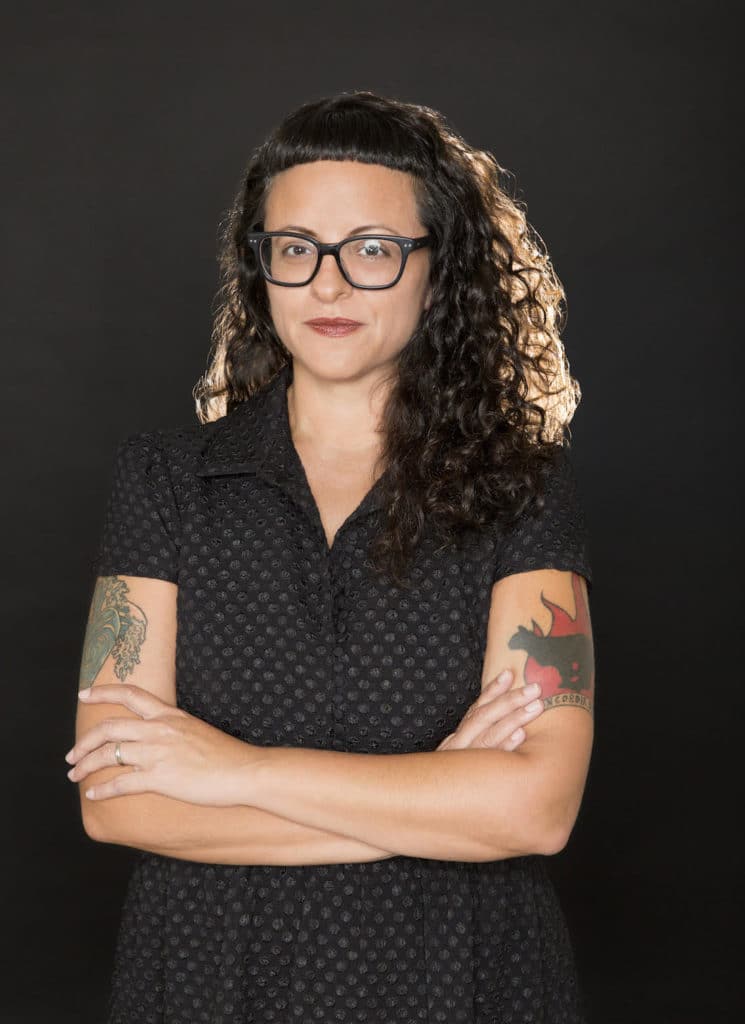 Wendy C. Ortiz is the author of three books: Excavation: A Memoir, Hollywood Notebook, and the “dreamoir” Bruja. In 2016, Bustle named her one of “9 Women Writers Who Are Breaking New Nonfiction Territory.” Her work has been featured in the Los Angeles Times and The New York Times. Wendy is a psychotherapist in private practice in Los Angeles.  www.wendyortiz.com 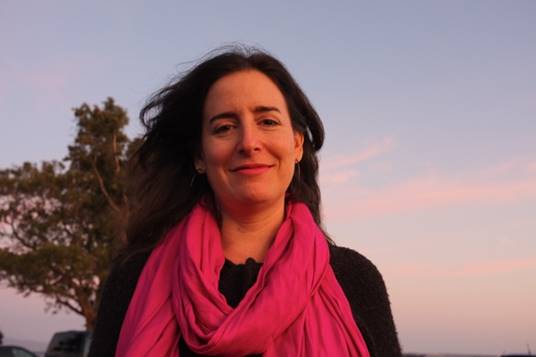 Aimee Bender
is the author of five books, including the NY Times Notable Book The Girl in the Flammable Skirt, the bestseller The Particular Sadness of Lemon Cake, and most recently The Color Master, a NY Times Notable Book for 2013. Her work has been widely published, in places such as Granta, The Paris Review, Harpers, “This American Life” and more, and has been translated into sixteen languages. She teaches creative writing at USC. 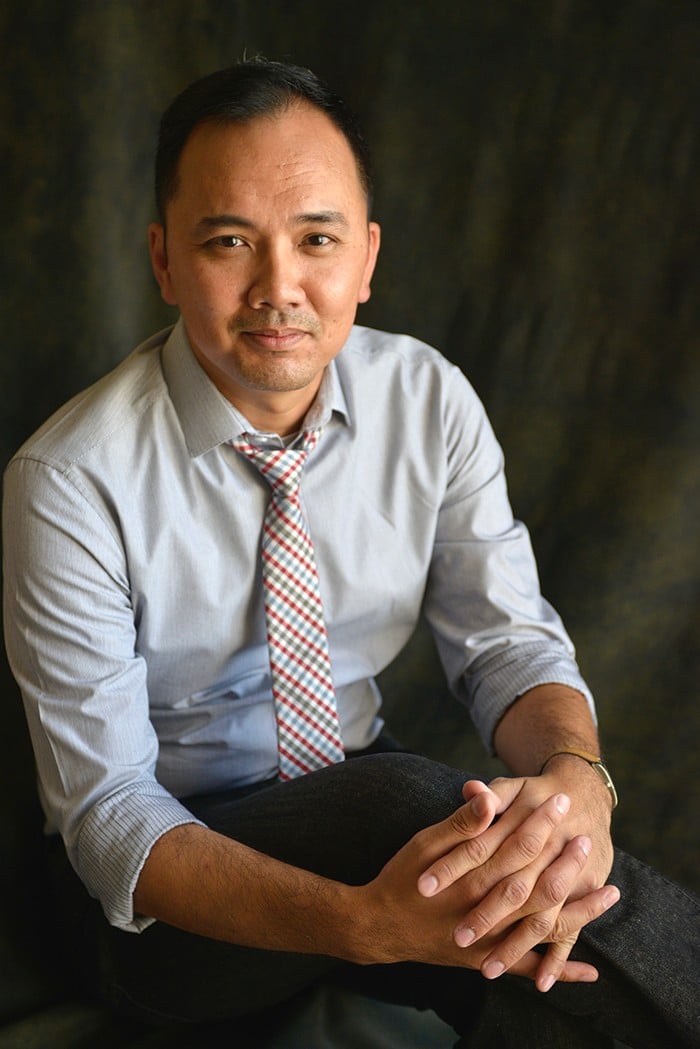 Vu Tran’s first novel, Dragonfish, was a New York Times Notable Book and among the San Francisco Chronicle’s Best Books of the Year. He is the winner of a Whiting Writers’ Award and an NEA Fellowship, and his short fiction has appeared in the O. Henry Prize Stories, Best American Mystery Stories, and The Southern Review. He is a criticism columnist for the Virginia Quarterly Review and an Assistant Professor of Practice in the Arts at the University of Chicago. http://www.vutranwriter.com 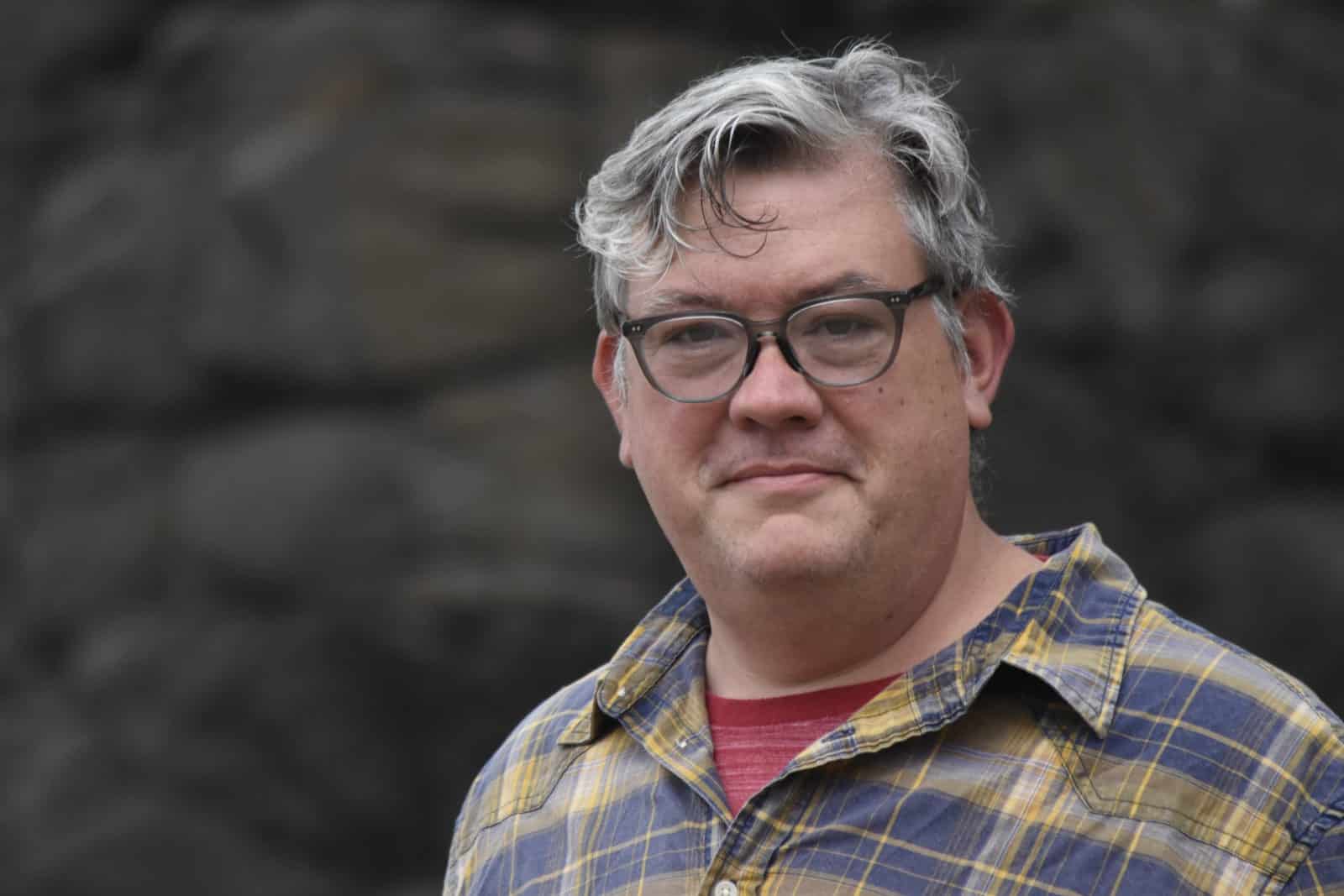 Ed Skoog is the author of three books of poetry: Run the Red Lights, Rough Day, Mister Skylight, and a fourth, Travelers Leaving for the City, forthcoming from Copper Canyon Press in 2020.  His poems have appeared in The New Yorker, Paris Review and Harper’s, and he has held fellowships from Bread Loaf Writer’s Conference, The Lannan Foundation, Richard Hugo House, and George Washington University. A former chair of the Idyllwild Arts Academy’s Creative Writing Department, he has taught in the Summer Program since 2006. He lives in Portland, Oregon and is a co-host, with novelist J. Robert Lennon, of the literary podcast Lunch Box, with Ed and John. 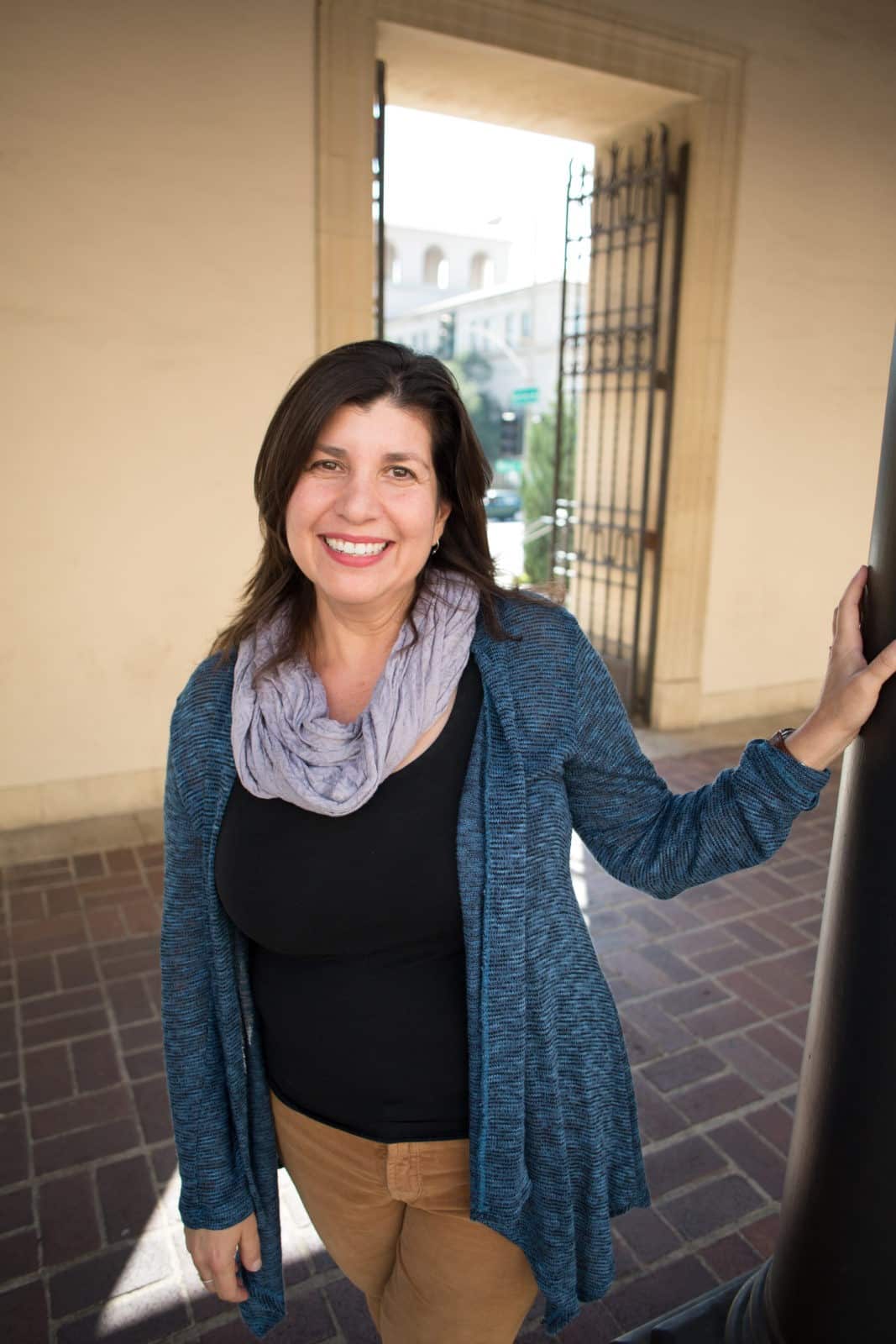 Angela Morales, a graduate of the University of Iowa’s nonfiction writing program, is the author of The Girls in My Town, a collection of personal essays. Her work has appeared in Best American Essays 2013, Harvard Review, The Southern Review, The Southwest Review, and other journals.  Her book is the 2017 winner of the River Teeth Book Prize and the PEN Diamonstein-Spielvogel Award for the Art of the Essay. Currently she is working on her second essay collection. 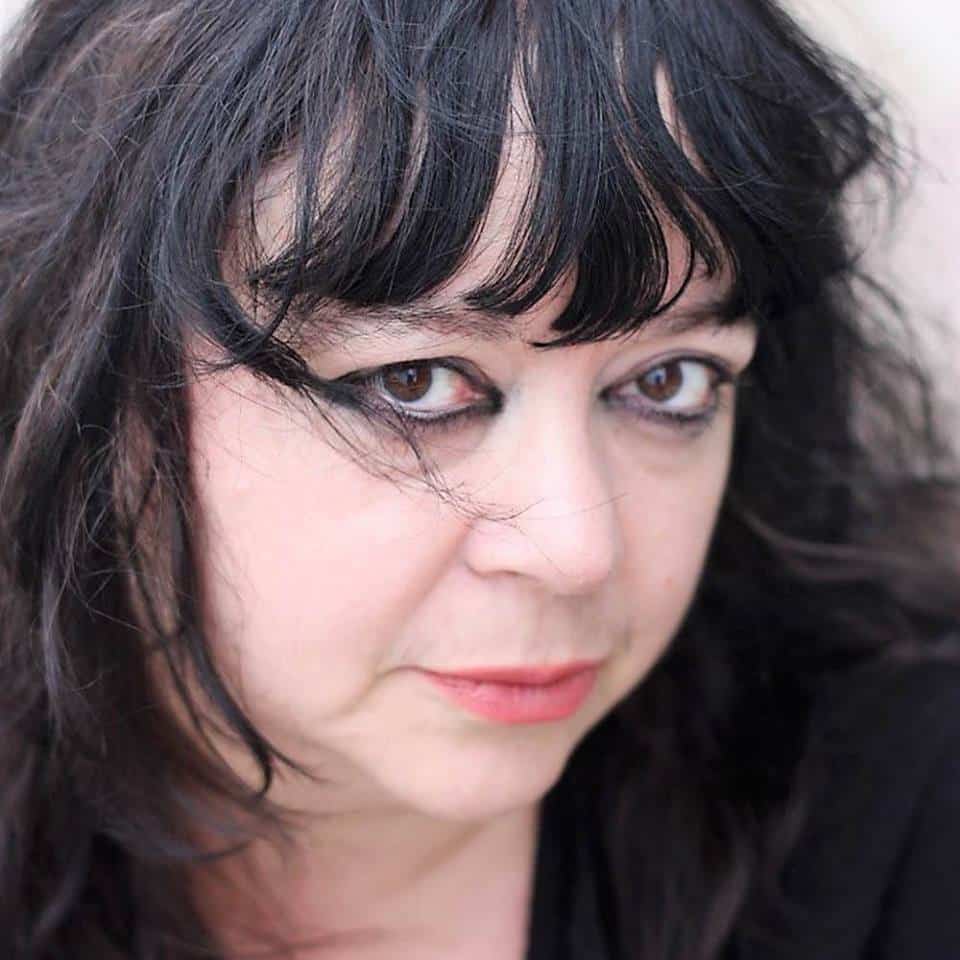 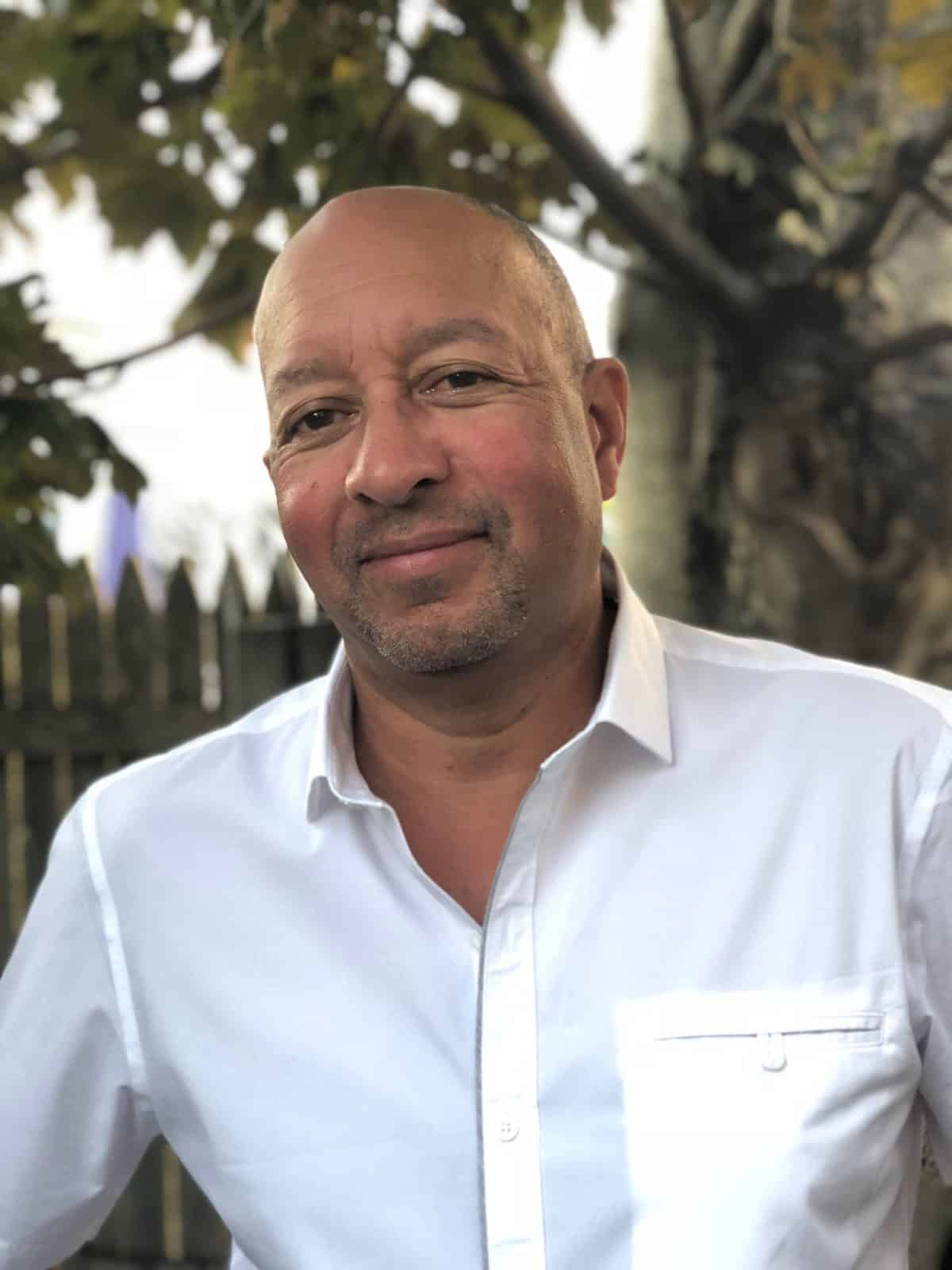 Carl Phillips is the author of 14 books of poetry, most recently Wild Is the Wind (FSG, 2018), winner of a Los Angeles Times Book Prize. His selected poems, Quiver of Arrows: Selected Poems 1986-2006, was published by FSG in 2007. Other books include The Tether (FSG, 2002), winner of the Kingsley Tufts Poetry Award, Double Shadow (FSG, 2012), winner of the Los Angeles Times Book Prize, and Silverchest (FSG, 2014), a finalist for the Griffin Prize. A four time finalist for the National Book Award, and a finalist for the National Book Critics Circle Award, his other honors include fellowships from the Guggenheim Foundation, the Library of Congress, and the Academy of American Poets, for which he served as Chancellor from 2006-2012.

His literary criticism and translations include The Art of Daring: Risk, Restlessness, Imagination (Graywolf, 2014), Coin of the Realm: Essays on the Life and Art of Poetry (Graywolf, 2004), and Sophocles’s Philoctetes (Oxford University Press, 2004).

He is Professor of English at Washington University in St. Louis, where he also teaches creative writing. 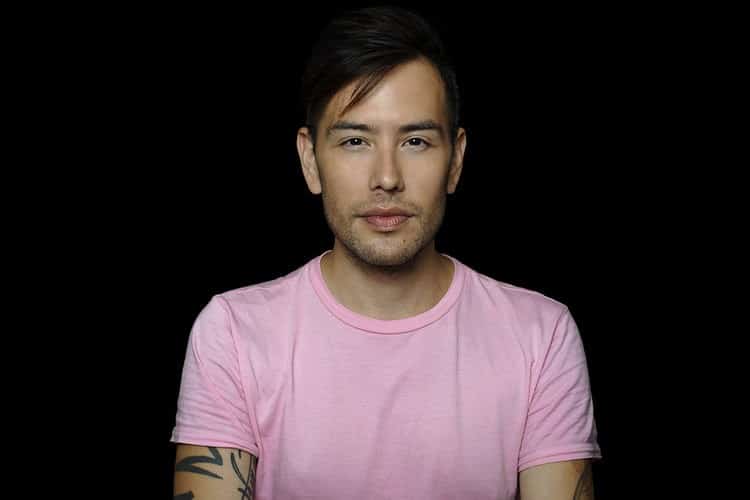 Tommy “Teebs” Pico is author of the books IRL (Birds, LLC, 2016), winner of the 2017 Brooklyn Library Literary Prize and a finalist for the 2018 Kate Tufts Discovery Award, Nature Poem (Tin House Books, 2017), winner of a 2018 American Book Award and finalist for the 2018 Lambda Literary Award, Junk (Tin House Books, 2018) finalist for the 2019 Lambda Literary Award, Feed (forthcoming 2019 from Tin House Books), and the zine series Hey, Teebs. He was the founder and editor in chief of birdsong, an antiracist/queer-positive collective, small press, and zine that published art and writing from 2008-2013. He was a Queer/Art/Mentors inaugural fellow, 2013 Lambda Literary fellow in poetry, a 2017 NYSCA/NYFA Fellow in Poetry from the New York Foundation for the Arts, was awarded the 2017 Friends of Literature prize from the Poetry Foundation, won a 2018 Whiting Award, and he’s been profiled in Time Out New York, the New York Times, and the New Yorker. Originally from the Viejas Indian reservation of the Kumeyaay nation, he now splits his time between Los Angles and Brooklyn. He co-curates the reading series Poets With Attitude (PWA) with Morgan Parker at the Ace Hotel, co-hosts the podcasts Food 4 Thot and Scream, Queen! and is a contributing editor at Literary Hub.  @heyteebs 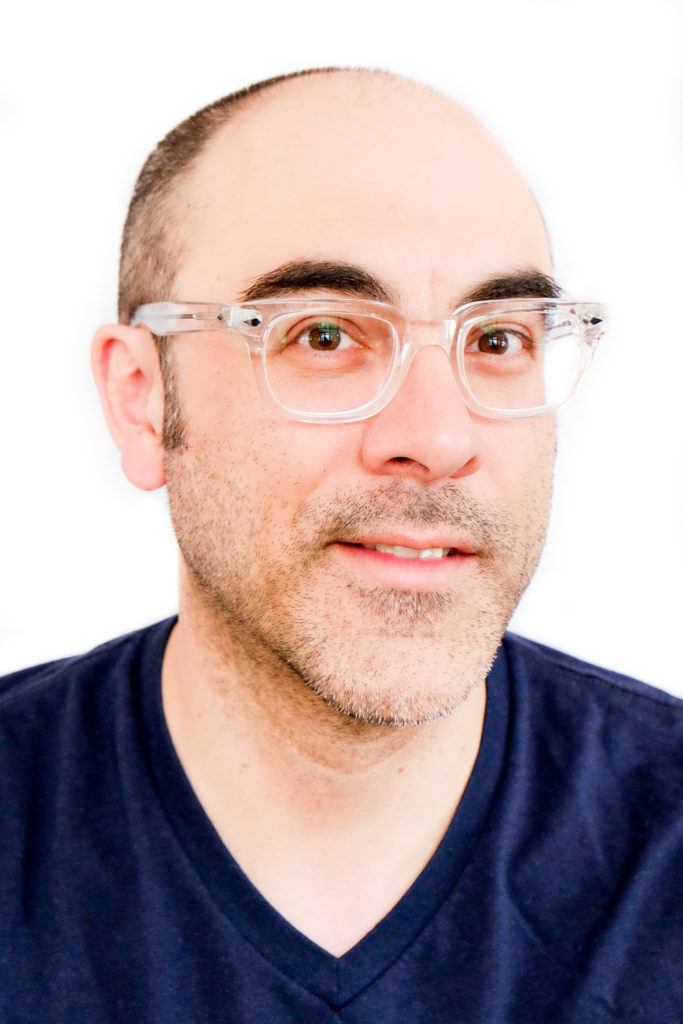 J. Robert Lennon is the author of eight novels, including Mailman, Familiar, and Broken River, and the story collections Pieces for the Left Hand and See You in Paradise. He lives in Ithaca, New York and is a Professor of Creative Writing at Cornell University. 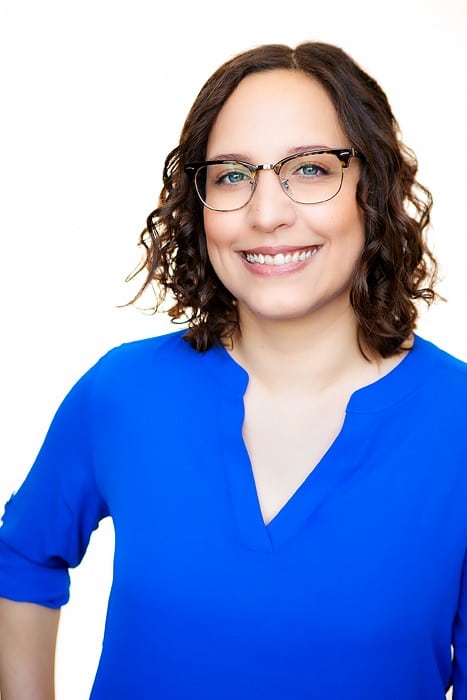 Melanie Castillo is an associate agent at Root Literary. After graduating with an MS in writing and book publishing from Portland State University, she worked as an editorial project manager at Quarto and then as a freelance editor for several years before joining Root Literary in 2018. What she loves most about the job is the balance of the creative with the entrepreneurial. Melanie began building her list in 2019 and is actively looking for fiction and narrative nonfiction. She’s especially excited to find high-concept commercial and literary leaning general fiction, young adult novels with a strong voice and propulsive pacing, and heartfelt and humorous middle grade novels across genres—from contemporary and realistic to historical and fantasy and everything in between. When it comes to fantasy, she tends to gravitate toward worlds that feel grounded in our own reality. No matter the genre, her favorite books often have a strong emotional undercurrent that carries the reader to the last chapter. Melanie was born and raised in Southern California in a multi-cultural, blended family, so she has a soft spot for books that shine a spotlight on the nuances of family relationships and identity. She lives in Anaheim with her husband, a local sous chef, and a pack of animals currently comprised of two cats, one dog, and a geriatric turtle. You can find her on Twitter at @wellmelsbells. 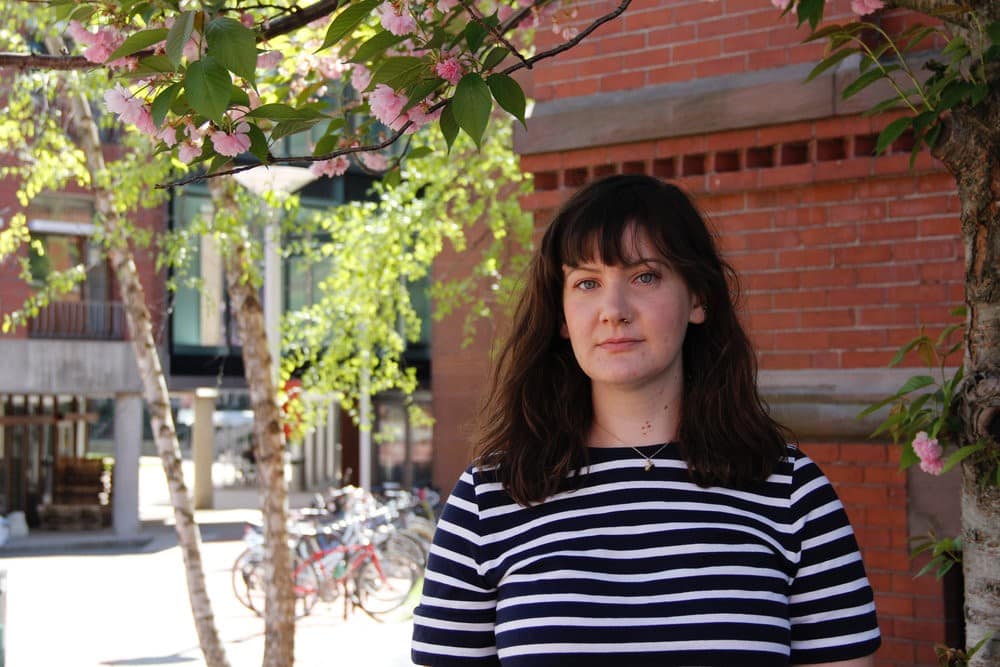 Alice Bolin is the author of Dead Girls (Morrow/HarperCollins), a collection of essays about crime, gender, and the American West. Her criticism, personal essays, and journalism have appeared in publications including Elle, Salon, Racked, The Awl, The Los Angeles Review of Books, The Paris Review online, and The New Yorker’s Page-Turner blog. Her poems have been published in Guernica, Washington Square, Blackbird, and Ninth Letter, among many other journals. She is an Assistant Professor of Creative Nonfiction at the University of Memphis. Her website is alicebolin.com. 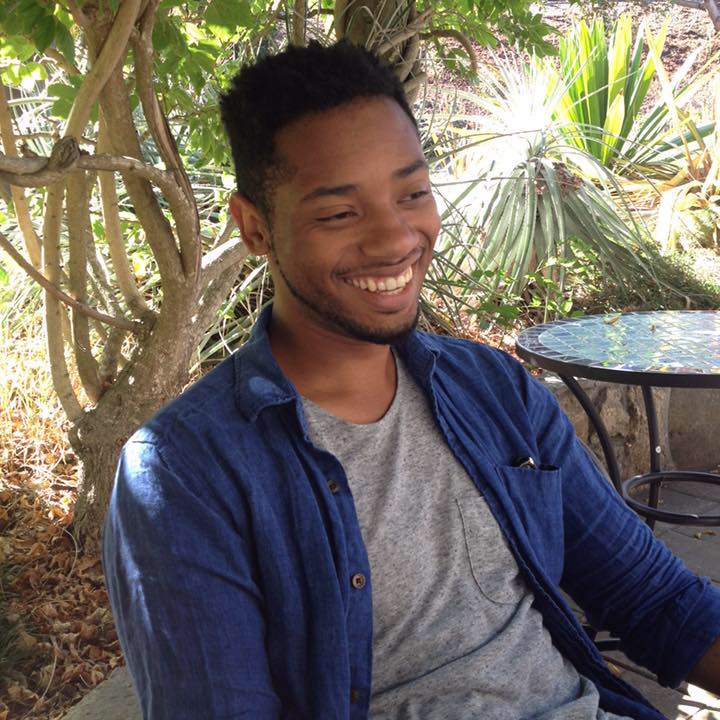 Ismail Muhammad is a writer and critic based in Oakland, California, where he works as the reviews editor for The Believer and a contributing editor for ZYZZYVA. His criticism and nonfiction have been featured in the New York Times, Slate, Bookforum, The Los Angeles Review of Books, and other venues. He is currently at work on a novel.

Developing the Writer Within: The Craft and Art of Fiction

Daily life has an insidious way of disconnecting us from our creative impulses. This intensive retreat is designed to reinforce participants’ connection with their creative sources, and explore aspects of craft through discussions and generative exercises. Elements might include nuts and bolts issues such as style, writing from the senses, structuring scene and story, the dialogue scene, to more intimate topics such as time management, fortitude, keeping inspiration alive and other issues which naturally arise in the cohort.  Step aside from the daily grind for a few days and feed the writer within.

Housing: Idyllwild offers a lovely variety of Cabins, B&B’s, & Inns. If you would like to be connected with other students for the possibility of sharing, please let our registrar know and they can help you.

Janet Fitch is the author of the novels White Oleander, Paint it Black and The Revolution of Marina M. Her short fiction and essays have been widely published. She has taught creative writing at the Esalen Institute, the Squaw Valley Community of Writers, USC’s Master of Professional Writing program, the UCLA Writer’s Program, Vermont College of Fine Arts MFA Writing and Publishing program, and Pomona College, among others. She is frequently invited to speak on special topics in fiction writing. Her Writing Wednesday writing tip videos can be found on her author Facebook page. For more about Janet, check her website, www.janetfitchwrites.com. 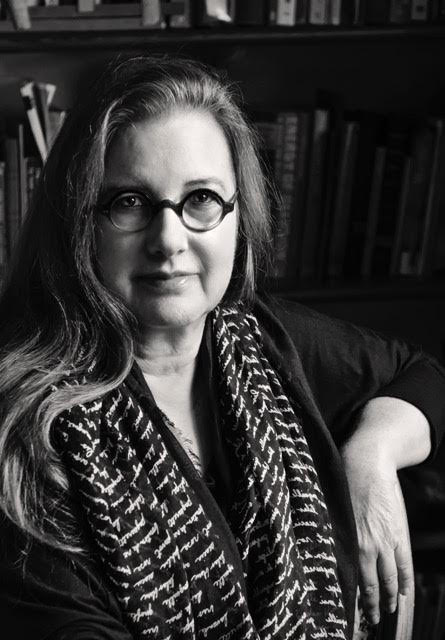 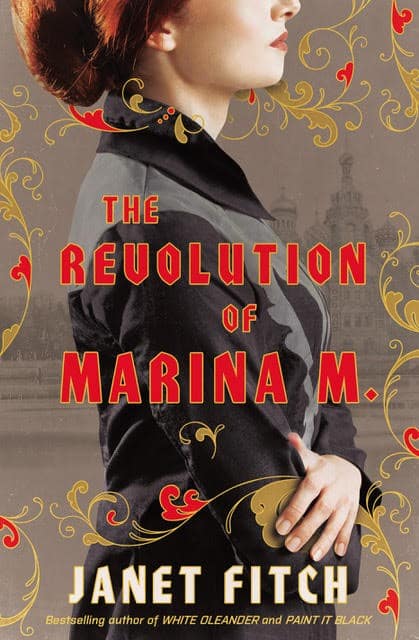