Subtle play is an original pop song created by Pinxi Lu in February 2016. This song uses a first-person narration to talk about a breakup resulting from a chaotic and dishonest relationship with a friend. It conveys a woman’s struggle to find her own identity. This music video depicts a young woman’s unforgettable life experience in which she feels overpowered by guilt and shame that she is unable to speak. It evokes young people’s thinking about interpersonal relations, the balance between sensibility and reason, and the development of independent consciousness. 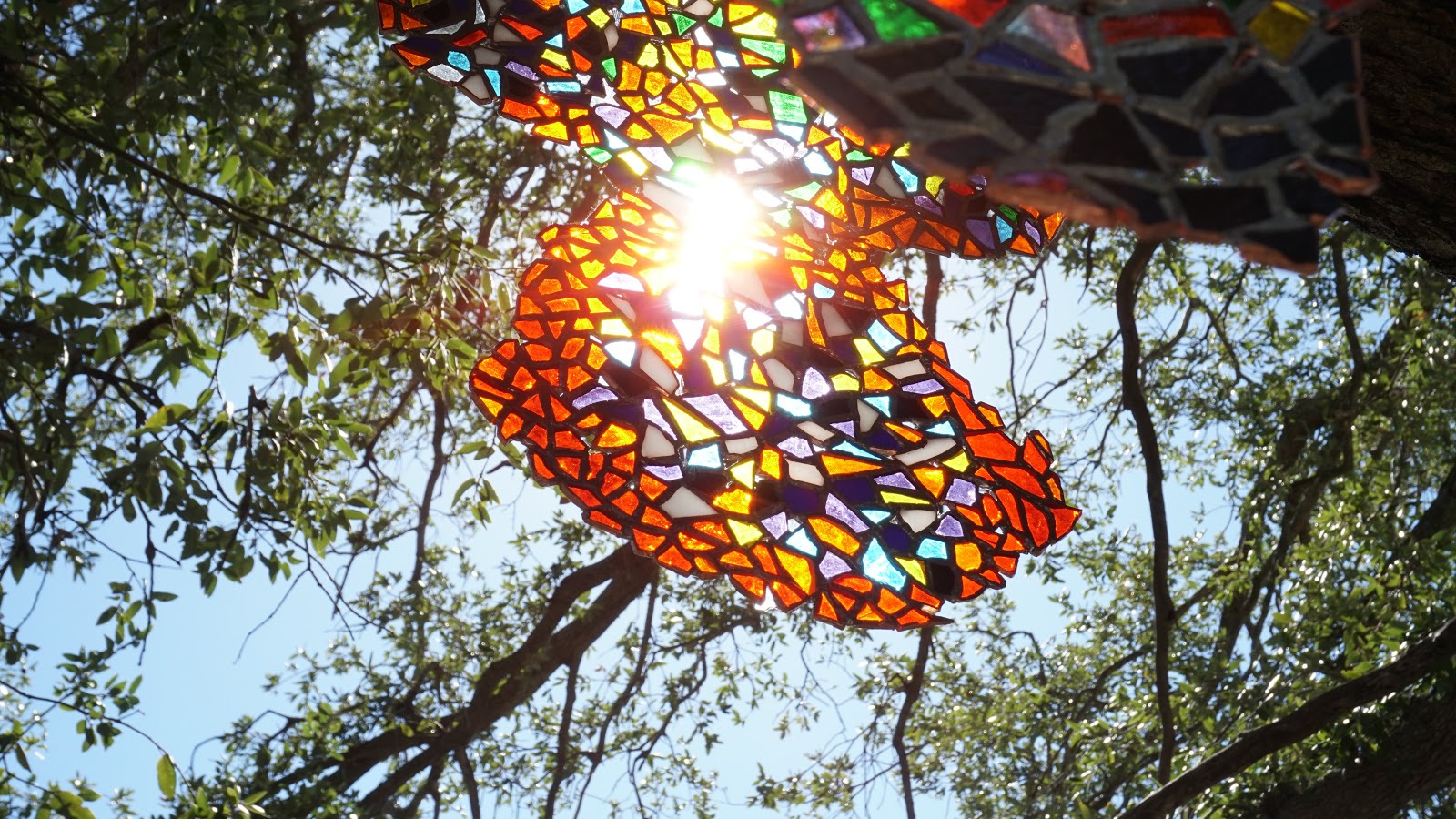 The main idea of this installation and performance piece is to reflect the relationship between the artist and her pieces through the act of stoning. Iranian women are punished by stoning when they are suspected of infidelity (which is normally a false accusation). They are forcefully hurt by their husbands, sons, and fathers. Their intimate bonds are completely ruptured and transformed into a state of mutual harm and torture, and it reminded me of my countless painful encounters between my pieces and I, and as well as how our bonds change over time. However, I also see the pain as an emancipation from a constraint system, as art might serve as an escape from the limited mind.

I will make a silhouette of a feminine body using stained-glass, and I will take it to The Point and perform the punishment of stoning to it. 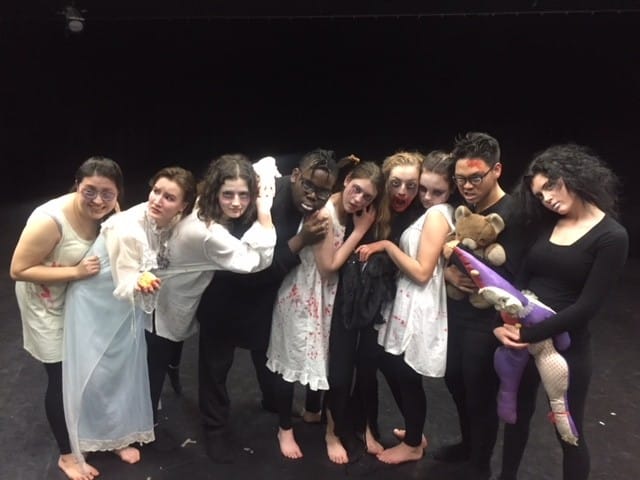 “My play is based on the Russian folklore of a man who comes at night and kills children who cannot fall asleep. In my story Tili Tili Bom, the man who kills children, finds the child who he almost killed– the story goes that there were two little girls who were sisters. The sisters often saw Tili Tili Bom around their house and feared the day he would come to take their souls. One night he came for them, and one sister got to the door on time and closed the door to the room trapping the other inside. The sister left inside the room was killed by Tili Tili Bom, while the other got to live. The ghosts of the children Tili Tili Bom has killed went looking for this child who would so easily kill her sister to save herself, and when they found her, Tili Tili Bom, had found her as well. Now Tili Tili Bom and the children are both out to eat her soul (a blood covered apple). The idea of this AEL project is to tell people a story they have never heard before, to inspire them to explore the unusual and to embrace the creepy stories they hear, instead of running from them. I want others to be able to feel terrified and excited about the new story they have heard and I want it to impact the community by teaching people of other cultures. I think Tili Tili Bom also teaches to put others first, and to not live for yourself, because it will come back to bite you in the end.” –Lainie Wilke 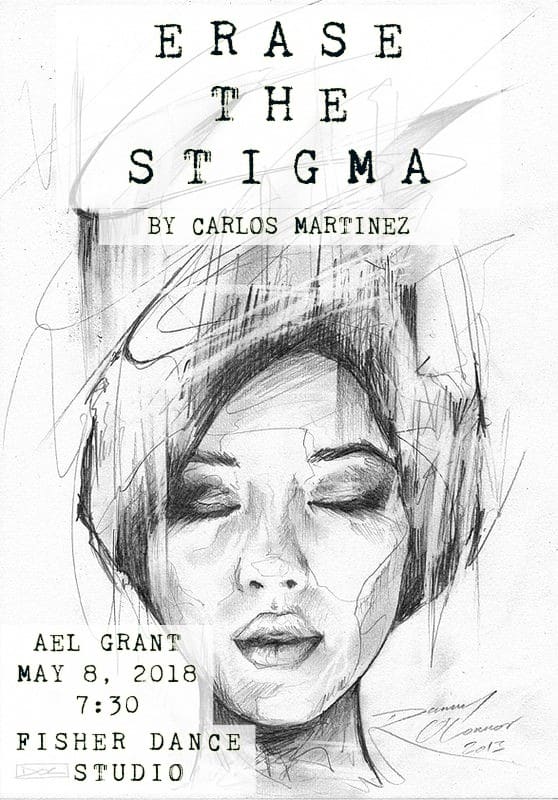 The concept of this project is to show a different perspective of mental disorders, particularly schizophrenia. The show is divided into five sections that capture a single day of a person suffering from schizophrenia. This disorder affects how a person thinks, feels, and behaves. A person with schizophrenia seems to have lost touch with reality. I want to erase the stigma–and teach my audience about life with mental disorders.

The objective of the AEL Student Grant initiative is to provide students with an opportunity to develop and implement arts projects beyond the scope of the IAA curriculum. AEL also provides grant money for the development of directed master classes designed to facilitate mentorships with master teachers.

Students will be given a chance to apply for and receive small grants to create new works. These grant proposals will be open to the junior and senior classes because of the maturity required to shepherd an artistic project from concept through completion. The projects will be overseen and the students will be coached by the appropriate arts faculty, the AEL director, and the AEL intern. The application process we have put in place will give the students valuable experience in applying for grants as they move on through the rest of their education and on to their chosen careers. By making them consider all aspects of a proposal—idea, design, implementation, detailed budgeting, etc.—we will equip them with the knowledge they will need to pursue grants on their own, while providing them with the necessary skills and resources to navigate the process.

These master classes are designed to give our students direct interaction with professional artists working in the students’ chosen field of artistic expression. Since these classes will be more focused in scope and participation than a traditional master class, we hope to set up mentoring relationships that live beyond a student’s experience at Idyllwild Arts Academy and perhaps one that lives past a student’s college/art school/conservatory experience. These master classes will be for those students who are ready, both artistically and personally, for a more engaged and interactive mentoring relationship.

The education component of the AEL has three basic areas:

We are currently working to finalize our plans for a “career” curriculum that works within the existing class scheduling. Since time is a precious commodity in our students’ lives, we will integrate this new material into our Life Skills class curriculum, senior seminar classes (in a general group and in each department’s senior seminar classes) and one-on-one conversations during the established college counseling process.

The focus of this AEL area will be to employ young artists just out of college to serve as interns in our seven arts departments. Our present goal with this program is twofold:

The Idyllwild Arts Academy provides pre-professional training in the arts and a comprehensive college preparatory curriculum to a diverse student body of gifted young artists from all over the world.
APPLY TODAY
Copyright © Idyllwild Arts 2020 - All Rights Reserved