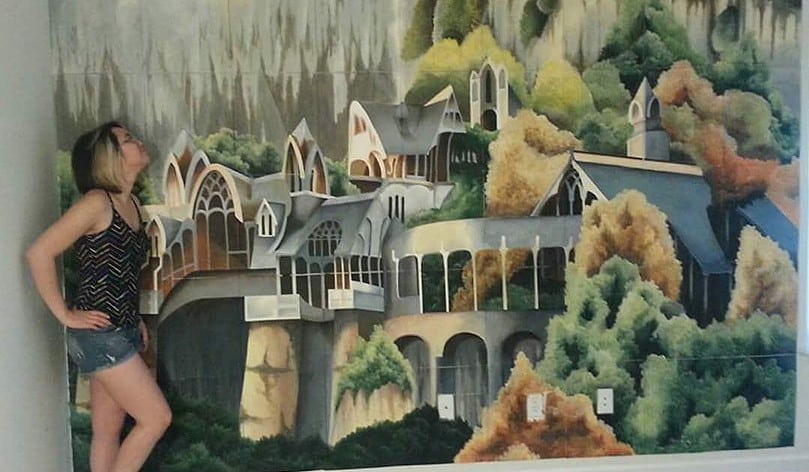 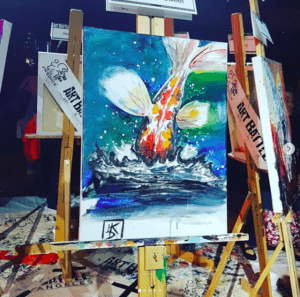 Michelle Do, the Arts Enterprise Laboratory intern at Idyllwild Arts, spoke rapidly, like someone with much to say who knows precisely how to express it.

“I love playing the piano against that wall-of-sound background that twentieth-century Russian composers were so adept at building.”

Her speech slowed down as the large dog approached. A teacher who was walking her dog had seen Michelle’s affection for it, so she let it off the leash. Michelle threw her arms around the dog and mentioned the Blue Merle Collie she’d had when she was younger.

The teacher called her dog and waved to Michelle. She waved back and returned to explaining her admiration of the piano compositions of Prokofiev, Shostakovich, Mussorgsky, and Stravinsky.

“They utilize so well the entire sound world of the modern orchestra and its full wind and full brass sections that someone like Beethoven never had a chance to work with.”

She’d recently received her Ph.D. in Piano from USC. Her interviewer, ignorant of classical music, absorbed the lesson. He was about to ask his next question, about the Music Theory class Michelle would start teaching in a few days, when she announced another passion besides dogs and Russian music.

“Do you want to see my paintings?”

She found something on her cell phone.

“I painted this to win an art battle in LA in March: it’s a koi fish.”

“I beat fifteen other painters to win. But this mural”—she found another image on her phone—“wasn’t painted in competition. That’s Rivendell, from Lord of the Rings, and I painted it at Indiana University, where I got my Master’s in Music.”

The interviewer studies the mural and then asks Michelle to find the koi again. He wonders if she’s better at painting or the piano.

He does not wonder if Idyllwild Arts is lucky to have her.

The New Face of School Counseling

Dig It: Beneath the Surface of the College Visit

“All my friends are doing it.” It could be worse. Your teenager isn’t claiming that…