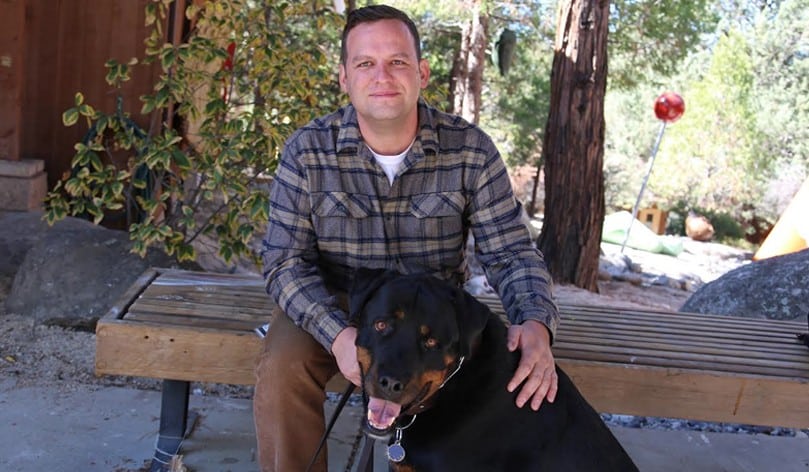 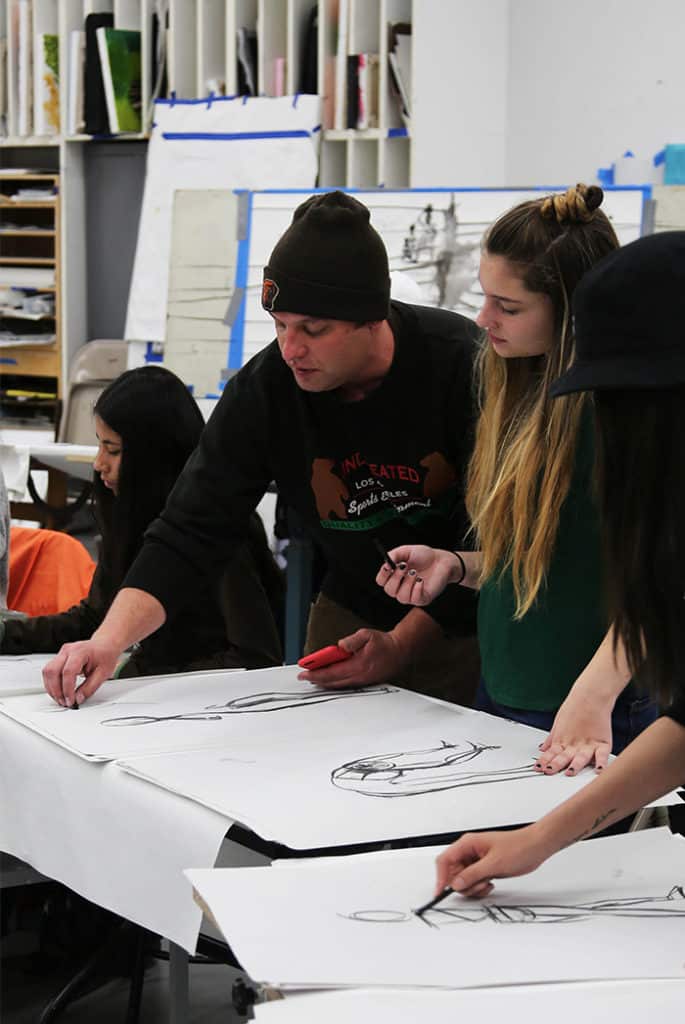 Kyle Thomas, who teaches in Idyllwild Arts Academy’s Visual Arts Department after graduating from the Academy in 2000, was born and raised near Koreatown and Paramount Studios, in Los Angeles. Becoming an artist was practically a birthright for Kyle, whose father owned a graphics-design firm and whose grandfather had been a pen-and-ink illustrator for Life and Time magazines.

“I was determined to be an illustrator like my grandfather, but that didn’t mean pen-and-ink anymore.”

Two and half years at Idyllwild Arts prepared him for Maryland Institute College of Art (MICA), in Baltimore, a “down-and-out city where the culture was strong.”

Baltimore offered the multicultural diversity—without palm trees—of many of the LA neighborhoods Kyle had loved. He worked with a nonprofit called Access Art (accessartmd.org), “helping inner-city kids paint murals,” and realized he’d found a niche in creating art for the streets.

That has meant, among other things, getting noticed by Southern California’s J. Paul Getty Museum, which has exhibited his graffiti, as well as designing T-shirts for Beautiful Decay Apparel (beautifuldecayapparel.com).

But creating art for the streets has also meant, for example, “painting giant soda cans for the Long Beach Grand Prix and telling people who stopped to watch to buy Coke.”

He does less corporate work since joining the Academy’s full-time faculty last August after three years as a part-timer.

Kyle admits to having been “voracious with art” even as a small child. Now, teaching full-time and living on campus with his Rottweiler, Brutus, he gets three meals a day of the art world.

For someone who prizes multicultural diversity, the Academy’s fifty-percent-plus international enrollment, which this year includes students from about three dozen different countries, would seem made to order.

The Sense of Theatre