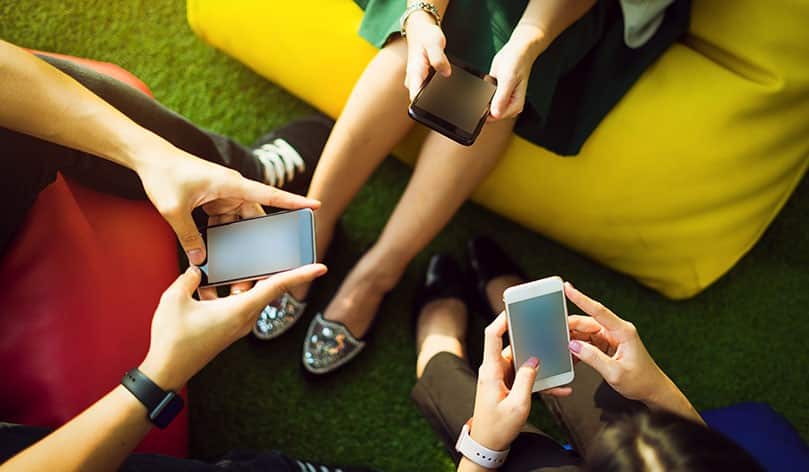 “The more you used Facebook, the more your mood dropped,” notes the University of Michigan’s Dr. Ethan Kross, after leading a study of Facebook users (Link).

Research led by Joseph Bayer, now of Ohio State, found Snapchat is “typically being used to communicate spontaneously with close friends in a new and often more enjoyable way”—more enjoyable than Facebook, that is (Link).

The conclusion, for parents concerned that their children obsess over social media, might be that they should unplug their children from all social media. This may work for some parents. But others, wary of the nuclear option, might think the differences between Facebook and Snapchat say something about how all social media can be used in more healthy ways.

Bayer’s words “spontaneously” and “close friends” are helpful. Leaving monuments to big occasions—graduations, birthdays, presidential elections—as Facebook has often been used for, invites scrutiny of the kind that can lead to criticism and quickly turn into abuse. Abuse comes sometimes from people close to us, but more often from people who aren’t really our friends. How many of us have Facebook “friends” we wouldn’t recognize in the street?

Modest expectations may therefore be key to using social media productively. Telling the world about your achievements and your opinions on great issues demands a thick skin.

Psychology Today’s Pamela Rutledge advises parents to “negotiate media usage with children” and to “listen” to their concerns and goals (Link). Listening to our children requires knowing them. Are they more likely to spearhead the social-media campaign that brings down a dictator, or to avoid school because the pictures they post are deemed uncool?

Listening builds trust. Trust, Dr. Rutledge implies, encourages children to “turn to their parents or other adults when they run into questions, like how to use privacy settings, or problems, like cyberbullying.”

Wall of Sound, Wall of Rivendell

Michelle Do, the Arts Enterprise Laboratory intern at Idyllwild Arts, spoke rapidly, like someone with much…

All That You Forget