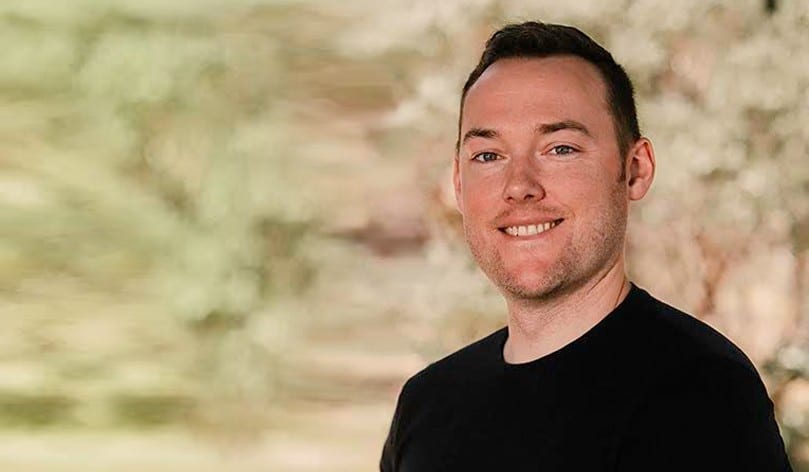 No one would choose to get struck in the face by a line drive, but the injury led to some good things for Andrew Moss.

Idyllwild Arts Academy’s new College Counselor was playing centerfield for his high school baseball team in Corning, in New York’s Finger Lakes District. The sun was in his eyes, so he lost sight of the ball. He was in eleventh grade, and there would be no more baseball for him that season, or during his senior year.

“So I decided to focus on theatre,” Andrew says.

He maintained that focus after high school, eventually earning a B.F.A. in Musical Theatre from the University at Buffalo, also known as SUNY Buffalo.

“But for me the musical part of musical theatre isn’t my best,” he admits. “I’m sort of a ‘Golden Era’ bass-baritone, so my singing voice is deeper than the kind of tenor that’s popular now.”

Yet the athleticism that had made him a fine baseball player would also make a place for him in musical theatre.

“I’d always done martial arts. If you think about musical theatre—and this is even more true of opera—there’s a lot of combat. I was a perfect fit for that stuff, and also for training other performers for stage combat. Most people who go into musical theatre and opera aren’t fighters!”

The Things We Do for Love

Andrew’s résumé includes three years with New England Conservatory and eight years with Central City Opera, in Central City, Colorado. But he also worked in New York, and his time there may have been most productive of all.

“I met my wife when we were doing Gian Carlo Menotti’s The Saint of Bleecker Street.”

His wife, Ashley Rizzo Moss, had graduated from Idyllwild Arts Academy in 2005 and is now the Academy’s Admission Counselor and Recruiter for Music.

Ashley’s West Coast roots also included falling in love with opera at age five, when her father took her to see Puccini’s Tosca at the San Francisco Opera. So moving west wasn’t a great stretch for an East Coast native like Andrew.

“I’ve worked part-time in the Idyllwild Arts Theatre Department for two years,” he says. “Now I’m full-time, and you could say that college counseling is a lot different from teaching stage combat. But it’s not as different as you think.”

He glances through the window of the Idyllwild Arts Admission building, where he’s being interviewed. Ashley is arriving for work, and he seems eager to say hello.

“One of the great things about Idyllwild Arts Academy is that the teachers here care enough about the students so that they’re already doing some college counseling. Not in an organized, systematic way, of course, meaning that there’s still a great need for the College Counseling office. But I think all of our teachers do what they can to help the students think about their futures.”

Andrew probably means that he’s looking forward to finding the right fit for the students—”the most famous college isn’t always the best one for you”—and to informing parents—”you can’t expect them to be experts about colleges”—and to doing the other crucial work of college counseling.

But he might mean that he’s excited about the chance to say hello to his wife.

They haven’t seen each other for a full hour.