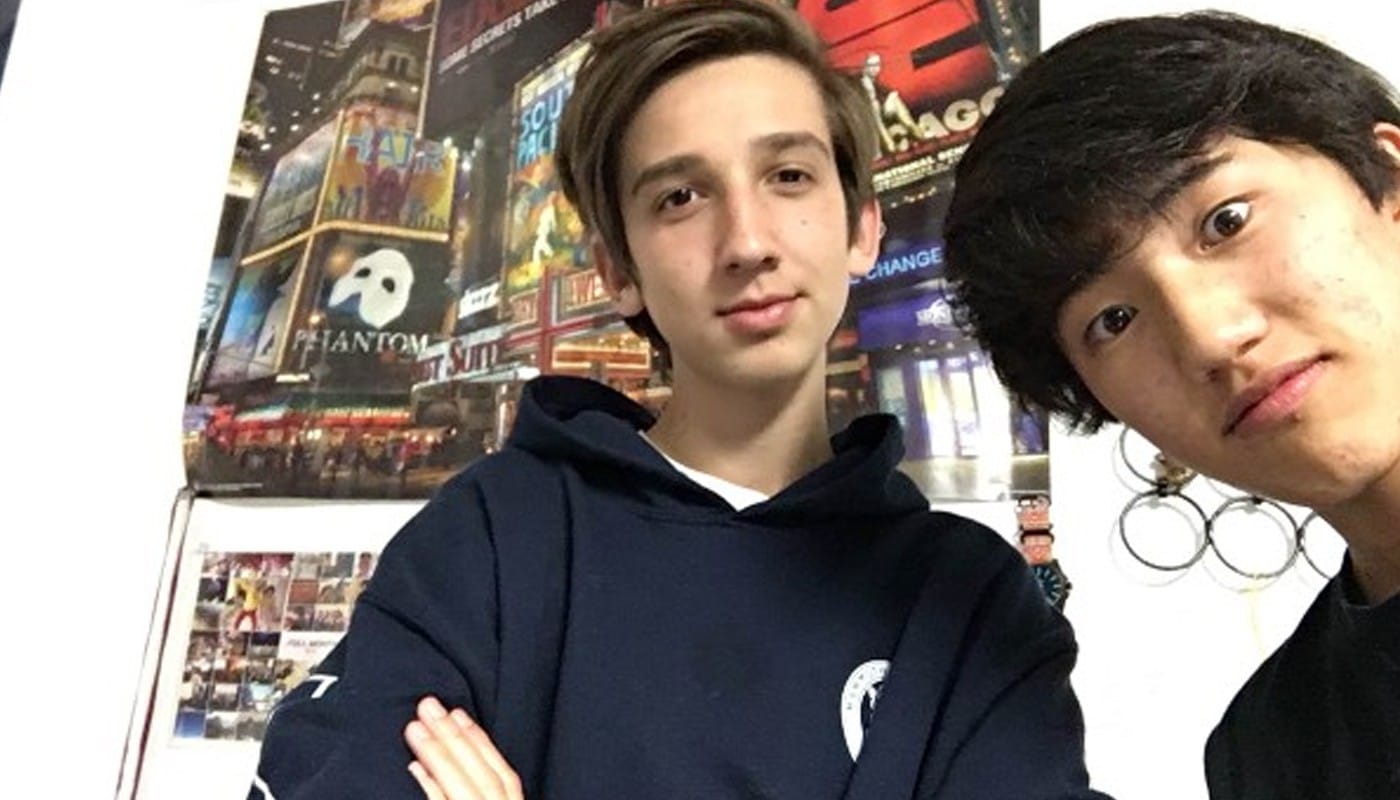 “Darling, haven’t you ever heard of a delightful little thing called boarding school?”

In The Sound of Music, when these words are spoken by Baroness Schraeder, Maria’s rival for the attentions of Captain von Trapp, it’s clear that she doesn’t think boarding school is delightful at all. But the Baroness doesn’t like children and she wants the Captain’s out of the way once she marries him, so she’ll happily subject them to the punishment of boarding school.

The Baroness would have been disappointed if the children she sent away had enjoyed boarding school as much as Narushi Fukuda and Nico Yasko do.

“We sing loud and crazy in our room,” Narushi says.

“Duets and musicals,” Nico adds. “And we’ll find a way to make it a duet even if it wasn’t written that way.”

Narushi and Nico, both tenth-graders at Idyllwild Arts Academy, are in their second year as roommates. The friendship they’ve built and the artistic and academic support they’ve given each other are reminders of why so many parents ignore the outdated urban legends about boarding school and send their children away.

Every parent who sends a child to boarding school knows that some people will shake their heads and say, “Poor kid!”

But the “monastic life of formal dinners, daily chapel and cold showers,” debunked years ago in The New York Times (http://www.nytimes.com/2000/11/12/education/less-austerity-more-diversity-at-prep-school-today.html?pagewanted=all), was already a thing of the past long before Narushi and Nico met, in September 2014.

“Before I came here from Japan, I was a little nervous about living in a dorm and having a roommate,” Narushi admits. “It was scary to think about living without my parents in a country where they spoke English.”

“We weren’t friends right away,” says Nico, “but we respected each other and then became good friends.”

Respect meant more than tolerance of one another’s habits and peculiarities.

“I was so lazy my freshman year, but Narushi inspired me to write my own films” — as a ninth-grader, Narushi made half a dozen films as school projects — “and to work harder in general. Just seeing how passionate he was. . . well, I owe him a big thank you.”

Support has also gone the other way.

“He’s improved my English a lot,” Narushi says. “And he’s helped me write my scripts: I’ll ask him how to say things in English to make sure it sounds natural.”

Narushi scripted so many films as a freshman because he started at Idyllwild Arts Academy as an InterArts major, taking classes in more than one arts discipline but concentrating on Film.

His English improved dramatically with Nico’s help, however, and this year Narushi switched his major to Musical Theatre.

It’s an interest he’s had since the age of four, when his parents took him to New York and they saw The Lion King on Broadway.

“I want to be Simba,” he declared.

Narushi’s small stature makes him an unlikely candidate to play the King of the Jungle. But an electric current buzzes through the Academy dining hall during the weekly All School Meetings whenever he stands to make one of the creative announcements that are a hallmark of the meetings. Other students know they’re about to see something special — usually involving dance — and you think, One day he’ll be king of something on Broadway.

He’s more than a song-and-dance specialist, though, as proved by his third-place result, among all the students in the Academy’s large Theatre Department, in the English-Speaking Union National Shakespeare Competition.

One of the Academy students to finish ahead of Narushi and move a step closer to the National Competition in New York, in May, was Jaclyn Miller, a twelfth-grader. The other was a tenth-grader: Nico.

His theatrical talents differ from Narushi’s.

“I’m not a great singer,” he concedes, and, with a wry smile, “I like the idea of dancing.”

Besides shining in the Shakespeare Competition, however, Nico has achieved the rare feat, for a sophomore, of earning the lead in the Academy’s upcoming production of Hotel Cassiopeia, Charles Mee’s exploration of the mind of the artist Joseph Cornell.

“It’s one of the hardest plays I’ve ever done because the character changes throughout the play.”

But Nico’s joyous duets with Narushi didn’t keep him from mastering his grieving monologue from Richard II: “Let’s talk of graves, of worms, and epitaphs. . . and with rainy eyes write sorrow on the bosom of the earth. . .”

Nico can probably handle any change of character or mood that you throw at him.