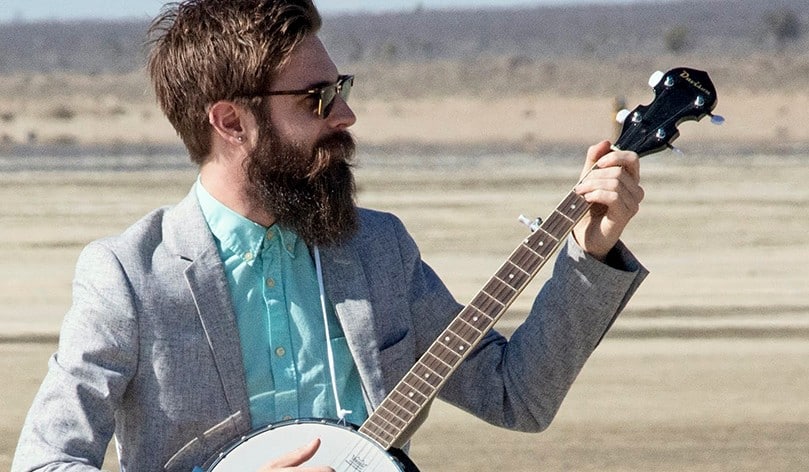 A concert performed by the Idyllwild Arts Songwriting majors might open with a piano/guitar duet, with only the pianist singing. After they finish, five or six musicians—including a drummer and a saxophonist—could take the stage to back up a singer, with perhaps two of the musicians providing vocal harmonies. Next, you might see a young woman strumming an acoustic guitar, in pursuit of her ambition to become the next Joni Mitchell. She won’t fill up the compact stage the way the preceding act did. But just like the singer who had to be heard over the drummer and the sax-player, she’ll be a few feet away from the spectators in the front row.

A minute or two might pass between songs, not enough time to savor the talent you’ve just seen and heard. But it’s just long enough to prepare yourself for an equal yet strikingly different talent.

Throughout all twelve to fifteen songs, you may never reflect upon how perfectly the tiny Stephens Recital Hall, the venue for all of the Songwriting concerts, is accommodating the radically different demands of every one of the performing ensembles and soloists, permitting each song to be heard at its best.

If you never give a thought to the perfection of the sound in Stephens Hall because the perfection seems to come so easily, then Michael Quick has done his job.

But the second-year Idyllwild Arts Music Faculty member does much more than make sure in advance that all the microphones and cables are in the right places and that the sound is properly balanced—so that, for example, the singer in the second act can be heard over the drummer and the sax-player.

“Besides doing constant problem-solving for the concerts,” Michael says, “I’m the person who records and live-streams them. And not just for the Songwriters when they play Stephens, but also for our Jazz Program, and also when the Orchestra plays in Lowman.”

Michael was explaining his work days ahead of the Idyllwild Arts Academy Orchestra’s first concert of 2019-2020, when the young classicists would be performing Beethoven, Grieg, and Mendelssohn in William M. Lowman Concert Hall.

Though not trained in classical music in the way the Orchestra members are, Michael’s wide-ranging musical tastes and experience have prepared him to satisfy the sound-engineering needs of all three divisions of the Idyllwild Arts Music Department.

Raised in western New Jersey, near the Pennsylvania border, he has played guitar “since I was eleven or twelve.” He started playing in bands in high school and since then has played “not only in a ton of different bands, but in a ton of different kinds of bands. I like lots of different musical genres and my interests have always been evolving. That goes way back to Nirvana and other grunge bands, then Frank Zappa, eventually leading to more jazz and contemporary classical music, and. . . there’ve been too many to name. But lately I’ve been delving deeply into the world of experimental electronic music.”

But he had another passion besides music.

“I’ve always been interested in computers, so I was able to combine both my interests at the University of New Haven, where I earned my B.S. in Music and Sound Recording in 2016. Then, after spending some time working at a recording studio in New York, I took a year to get my Master of Science degree in Audio for Video Games, from Leeds Beckett University in the North of England.”

Now Michael is far from the Northeastern U.S. and even farther from the North of England. He helps the young Idyllwild Arts musicians sound as good as they deserve to sound in their frequent concerts and recitals, and he preserves their performances and puts them on the Internet. He also teaches recording and production, co-teaches sound synthesis, and gives guitar lessons to a couple of Songwriting majors.

Despite his East Coast background, he loves living in Southern California. He also enjoys being kept so busy by Idyllwild Arts.

Although one thing seems to be missing.