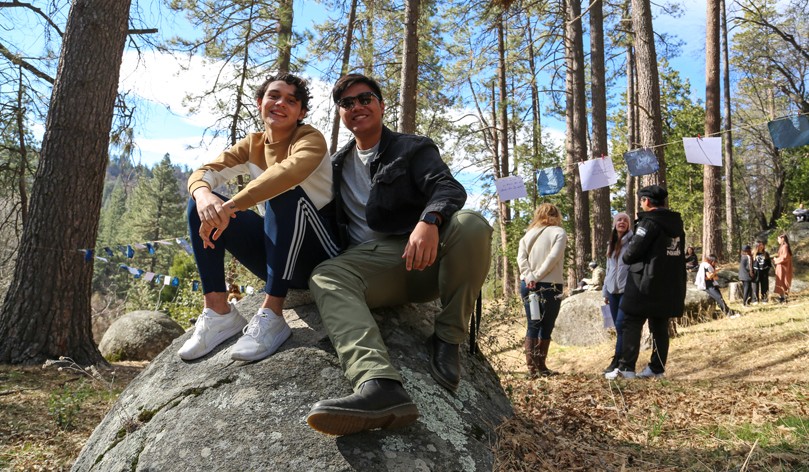 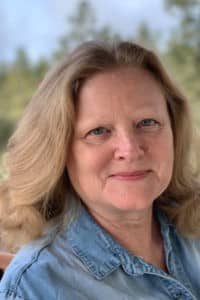 Erica Nashan was the right person to become the new Coordinator of Idyllwild Arts Academy’s Art in Society program last fall. The success of the February 21 all-day Sustainability Symposium on the campus only confirmed Erica’s suitability for a job for which, unknowingly, she’d prepared for many years.

“There’s a wealth of research that establishes the value of the arts in sustaining societies and communities,” she says. “The arts give people a reason to come together not just in creation—not everybody’s an artist—but in appreciation. The arts provide occasions for us to affirm certain values together. Those communal acts of affirmation help us bond to one another so we can behave like true communities instead of random collections of individuals.”

She smiles at her interviewer.

“Do I sound high-minded? It’s actually pretty down to earth. Families have birthdays and holidays to bring them together, but communities come together around performances and exhibits. We need those powerful moments of togetherness in order to experience the feeling of community, so that we’ll trust each other and work together.”

Erica’s recent experience in calling on the arts for communal affirmation had included creating a community arts center for children in Troup County, in rural west Georgia. 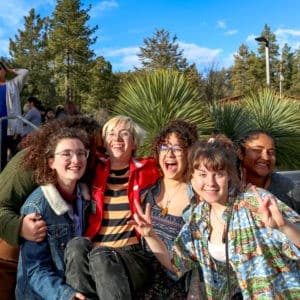 Her husband, James Kent Arnold, now in his first year as an Idyllwild Arts Film and Digital Media teacher, was also in Georgia. They were thrilled by the chance to join an entire community of artists in Idyllwild. Yet Erica also recalls proudly, and fondly, her work on behalf of young people in communities where the arts have to fight for survival.

She recognizes the vast cultural divide between an artists’ haven like Idyllwild and places like rural west Georgia, while hoping that the divide is neither absolute nor permanent.

“Sustainability—which includes sustaining the arts in order to sustain true communities, which we need to sustain the planet—has to be a project for all of us working together. Sustainability requires global cooperation.”

Born in Charleston, West Virginia, Erica was raised on the East Coast, then in Santa Monica, California, and finally in Wellesley, Massachusetts, where she attended boarding school. She remained in the East to earn her Bachelor of Fine Arts degree from Carnegie Mellon University, in Pittsburgh. Her thirty-five years of experience in the performing arts have been inspired largely by her father, a violinist, and by her mother, a professor of Dance History who had written her doctoral thesis on Berthold Brecht. Her mother’s fascination with Brecht may be the root of Erica’s own love of experimental theatre and of the performing arts in general when they stray “a little outside the mainstream. 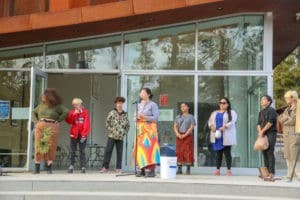 “I toured Europe twice with a performing company that my mother ran, Balliamo. A lot of what Balliamo did was reconstruct period songs and period dances from the Renaissance, and I was a solo dancer and vocalist in a production of Boccaccio’s The Decameron. We were also guests of the Italian government for a performance of courtly reconstructions in celebration of the painter Giorgione” (d. 1510).

“Don’t think I’m stuck in the Renaissance, though. I’ve performed as a solo vocalist with the Minnesota Orchestra, singing Gershwin. And I’ve done a number of artist’s residencies that had nothing to do with either the Renaissance or Gershwin!”

In fact, there’s a sense in which Erica is stuck in the Renaissance: her extraordinarily broad range of artistic talents makes her an authentic Renaissance woman.

Her performing career, which began early, included a role opposite Jody Foster in I Remember Mama and—before she’d finished high school—a place in the original cast of James Kennedy’s Dogfight, along with Salome Jens, Edward James Olmos, and Katey Sagal. Her honor roll of performing credits includes soloing with the UCLA Dance Company and winning awards for her portrayals of Georgia O’Keeffe in The Faraway Nearby, the Dowager Empress in Anastasia, and Gertrude in Hamlet. 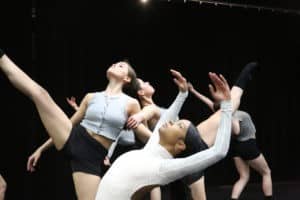 It’s no surprise that someone with Erica’s breadth of artistic achievements would say that the opportunity to lead the Art in Society program at Idyllwild Arts, which teaches all of the arts, “has been a perfect fit.”

At Idyllwild Arts, she is optimistic not only about further work for Art in Society, but about opportunities to put her broad range of artistic skills in service of the Theatre Department, perhaps as music director of some plays.

“You bet I’m optimistic. Another way to experience the feeling of community is to feel optimism; pessimism drives us back into ourselves, dividing us from each other. And that’s the last thing we need.”