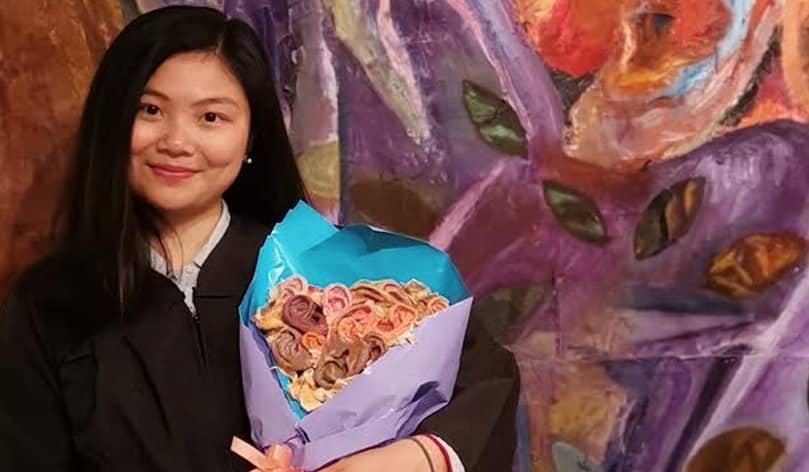 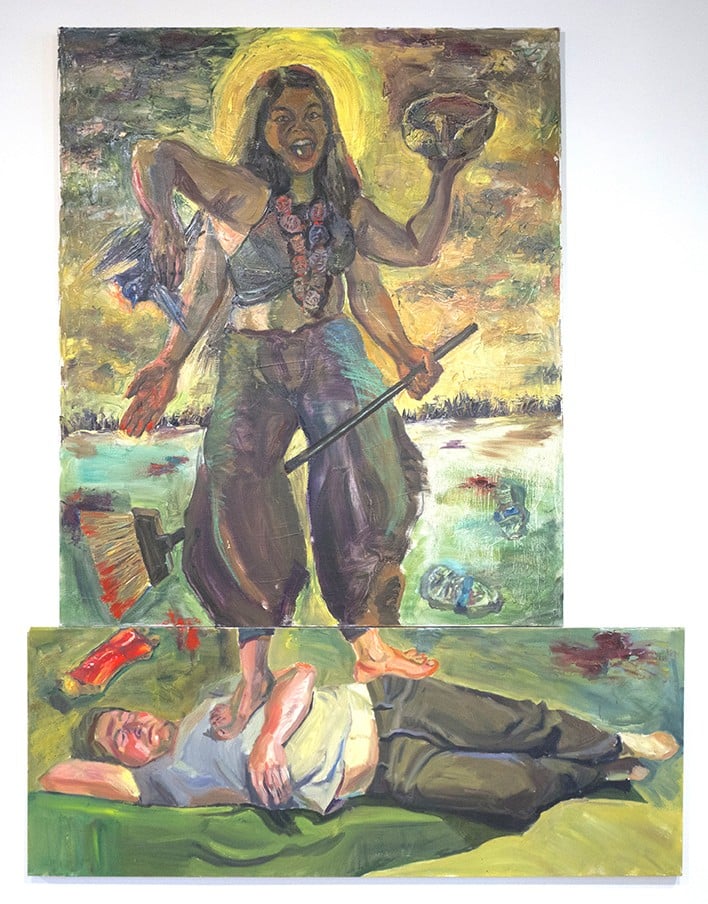 Yixuan “Maisie” Luo wants it understood that she’ll still be a painter even if she pursues a Master’s degree in theology.

“A lot of my art is already drawing on theological themes, and that will continue.”

Maisie is the 2019-2020 Arts EnterpriseLaboratory Intern at Idyllwild Arts Academy. She is teaching in the Visual Arts Department, from which she graduated in 2015. As an Academy student she was serious about art, and she remains serious.

But, despite her commitment to art, Maisie can also be serious about a Master’s in theology, about which she’ll decide one way or another in the next couple of months. After all, she wants to have something to paint about, and the Master’s program she’s considering would focus on issues she cares deeply about and that have indeed been central to her art: women, gender, and sexuality.

“I didn’t grow up in a religious family,” she admits.

If most people who go to graduate school for theology are believers, however, there must still be plenty of theology students who don’t have a religious bone in their bodies. Religion has shaped, and arguably dominated, every human culture. This makes it deserving of study, irrespective of one’s own beliefs.

In the case of Maisie, raised in Shenzhen, China, the most relevant religious traditions are those of Chinese Buddhism and Taoism, as well as Hinduism. Buddhism, in particular, started to interest her during her time at Idyllwild Arts, in part through conversations with Visual Arts teachers David Reid-Marr and Terry Rothrock.

Then, after spending her freshman year at Maryland Institute College of Art (MICA), she transferred to Swarthmore College, in Pennsylvania. At Swarthmore she began to think even more deeply about the effects of religion on women, gender, and sexuality. She graduated from Swarthmore last year, in Studio Art and Religion.

“The past is never dead,” the American novelist William Faulkner suggested. “It’s not even past.”

Or, as Maisie observes, misogynist attitudes find new life in generation after generation.

Thus, she notes that with capitalism, originating some two thousand years after the time of Gautama Buddha, “the spread of land privatization exacerbated the poverty of women who weren’t attached to a man, and many of these women got persecuted as witches.”

Later, the second-wave feminism erupting in the early 1960s succeeded in bringing women masculine agency in many respects. Yet feminine “independence” remains burdened with underacknowledged—and unreimbursed—child- and family-linked responsibilities of a kind that rarely impinge on male independence.

And as the centuries roll on, women remain identified, on the profound mythic level that surfaces in real-life consequences, with Mother Earth. Hence, Maisie’s growing interest in the ecofeminist analysis of the parallel between the exploitation of women and the exploitation of the earth and its natural resources.

While she studies theory, she is also throwing herself into practice, volunteering for the Bernie Sanders presidential campaign in New Hampshire and Iowa. She is especially passionate about the Vermont Senator’s “Medicare for All” bill.

Her political engagement comes as no surprise to Idyllwild Arts community members who recall her four years here, from 2011 to 2015. As a senior, she won the coveted Richard H. MacNeal Award for Outstanding Citizenship.

The Academy leadership has lately become increasingly passionate about their goal of training “citizen artists.” If the leaders want examples of citizen artists to point to, Maisie is there.

Dear Idyllwild Arts Community, As I write to you, students are preparing to leave for…

A Monk’s Life?: What to Expect From Boarding School