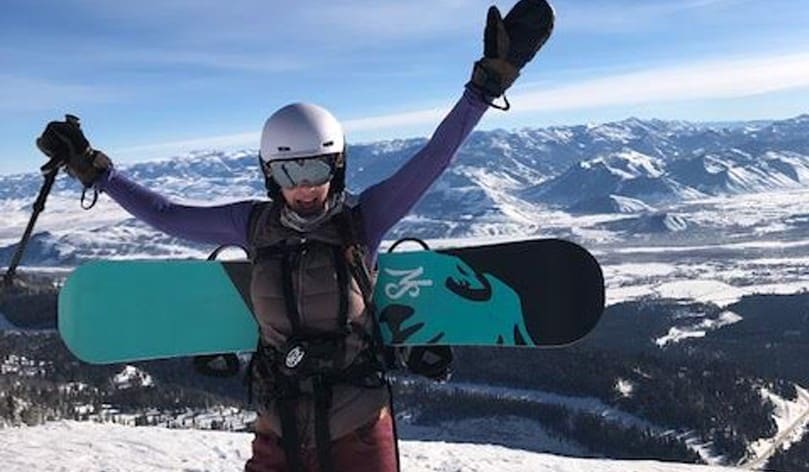 Reina Meek had spent three years in Saudi Arabia. She lived in Ras Tanura on the Saudi Aramco compound for expatriate workers, teaching science and mathematics to the children of engineers.

“But teaching Idyllwild Arts Academy students is way different,” the Academy Science and Mathematics Chair says. “I enjoy it so much more.”

She describes an assignment to compare geometry and calculus as ways to measure the volume of an irregular three-dimensional object.

“The Aramco kids had no trouble with the math,” Reina says. “But the Idyllwild Arts kids aren’t content to just do the math. Their groups—my students do a lot of collaborative work because knowing how to work together on problems is so important—make the most beautiful things to measure the volume of.”

“They’ll make—and paint!—something that reminds you of the Sydney Opera House. Or they’ll deliberately make the assignment harder than it has to be by creating an object with holes in it.”

She notices the pained look on the face of her interviewer, for whom high-school trig had been a stone wall to crack his head against.

“Don’t think too hard about that assignment,” she tells him. “The point is that no matter what I assign, the Idyllwild Arts kids will exceed the requirements.”

Reina’s explanation of the mind-bending assignment had been in response to a question about why she’d agreed to work part-time in the Academy’s Admission office during the summer, while Associate Director of Admission & Financial Aid Jara Ruiz-Anchia took maternity leave.

“I love talking about the school,” Reina had begun. “I’d gotten a taste of talking about it in Japan the winter before last, on a snowboarding trip when I was asked to throw in a little Admission work. So why not do more of it this summer? Idyllwild Arts Academy is so special because we’re going to need creative thinkers to solve the world’s problems, and this school is full of creative thinkers.”

“By the way, that trip really did involve only a little Admission work. I packed in plenty of snowboarding, and I also got to see the snow monkeys: you know, the ones you’ve seen the great pictures of, who like to soak in the hot springs in Nagano.”

Born in San Diego and raised half an hour from Idyllwild, in Hemet, Reina earned her B.S. at UC Berkeley and her Master’s at Chapman University, in Orange, California. Though she seems to have other people in mind when she mentions creative thinkers, her own creativity shouldn’t be downplayed. For a couple of years, she has applied her creativity in frequent meetings with a group of Academy teachers from all of the school’s arts and academic disciplines.

July 24, 2017: We are pleased to report that Claire Chase has joined the faculty…