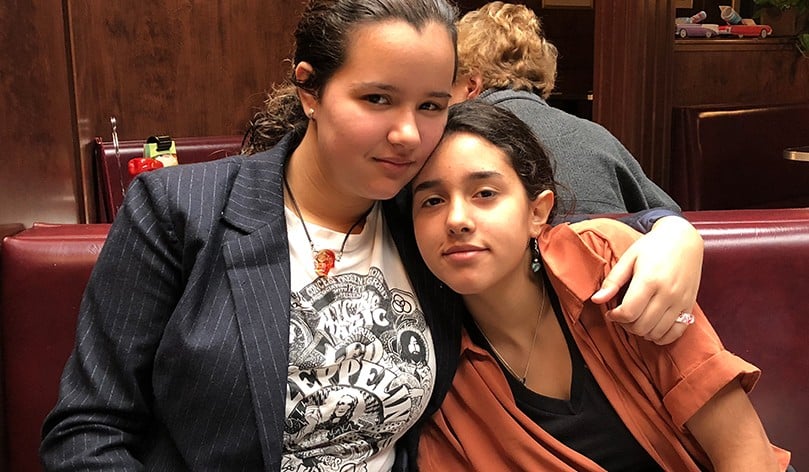 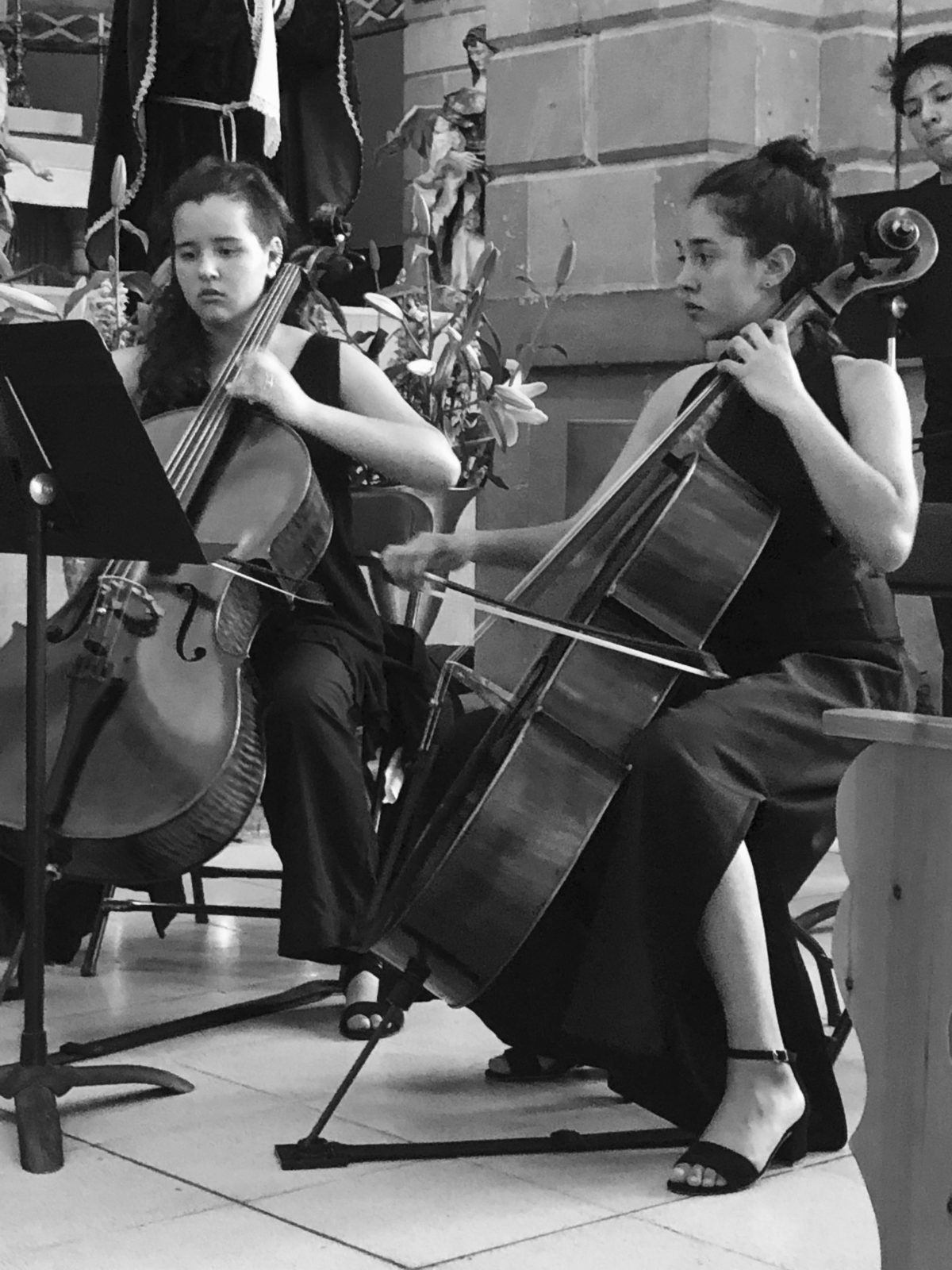 “At first, the teacher didn’t think it would work out at all.”

Dani Beck Ortega, Idyllwild Arts Academy’s twelfth-grade cello major, was discussing her seven years of private lessons via Skype, with a teacher in Ithaca, New York. It was the best option in Valle de Bravo, a hundred miles from Mexico City, six thousand feet above sea level, and on the shore of Lake Avándaro.

“Beautiful and safe,” Dani’s father, Lauro, had explained before he and his wife, Monica, left Idyllwild after dropping off their daughters for the new school year. “It was a good choice to move the girls away from Mexico City when they were little.”

“Valle de Bravo was good for Dani and Andi unless they wanted to become cellists!” added Monica.

Yet they managed, and this August Andi joined her sister, older by three years, in the Academy’s orchestra and chamber ensembles.

“Very different from one another, however,” Monica said, “even though they’re sisters and they’re both cellists.”

“For example,” Andi says when asked about the differences, “I don’t see myself in jazz.”

Unlike Dani, who has talked seriously with Idyllwild Arts jazz master Marshall Hawkins about private lessons.

“You don’t associate the cello with jazz,” Dani says, “but a lot of jazz bassists—like Marshall—are thinking about the cello as a more versatile instrument for jazz than the bass is.”

Dani, who’d arrived at the interview before her sister, excuses herself to go to practice. Dani had mentioned that practicing with her teacher at the Academy might have motivated her to practice harder than when her lessons were done by Skype.

“In person, you get a deeper feeling of disappointment from your teacher when the lesson’s bad.”

Andi has been in Idyllwild only two days instead of two years, like her sister. But she believes “it will be easier to bond with other musicians and have a musical conversation” than at home.

“A teenager has no classical music community in Valle de Bravo. There you play music with older people, so I’m excited to be at Idyllwild!”

Pictured Above: Presenting my Artist Talk during “Brown Bag” at Planet/Terra Bella in Mountain View, CA.…

The School Bully: Recognition and Response