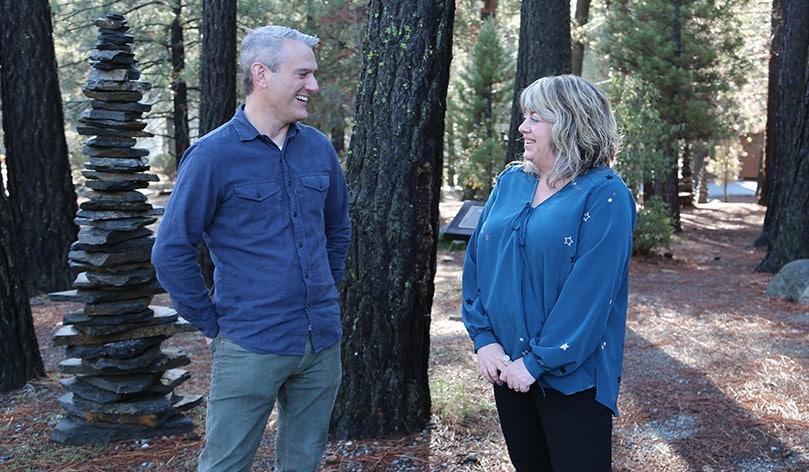 “Tipping is considered an insult in Japan,” according to tenth-grade Theatre major Miko Ukaji, and eleventh-grade Cello major Heng-Li “Henry” Lin adds that “coming from Taiwan, I would naturally call my ESL teacher ‘Teacher Harry.'”

Idyllwild Arts Academy ESL teacher Harry Trantham prefers to be called “Harry” by his students. The Academy is extremely informal and students are on a first-name basis with all their teachers. But Harry’s students come from places like Japan, Taiwan, China, Korea, Mexico, and Russia—anyplace where English is not the first language. He expects his students to arrive in Southern California unfamiliar with many common American practices.

This is why teaching non-native speakers to navigate English might mean, as Henry Lin suggests, “the most important lessons are cultural.”

The idea that comfort with a language demands more than knowing the words and the grammar is behind the rethinking of the Idyllwild Arts ESL Summer Intensive program that Harry and ESL Department Chair Leah Bosworth are spearheading.

The ESL Summer Intensive has always sought to introduce students to American culture, but Academy students bring fervent artistic interests to the forested mountain campus. Miko Ukaji studied ballet for thirteen years before becoming more passionate about theatre, and Henry has played cello for ten years and piano even longer.

ESL Summer Intensive has therefore been renamed “ESL & Arts Summer Intensive” and will now, as Leah says, “put the students’ learning of English in a context relevant to their experience here.”

“The ESL teachers will work together with arts teachers,” Harry adds.

“The context of arts instruction in the afternoon will let students apply what they learn from their ESL teachers in the morning,” Leah says. 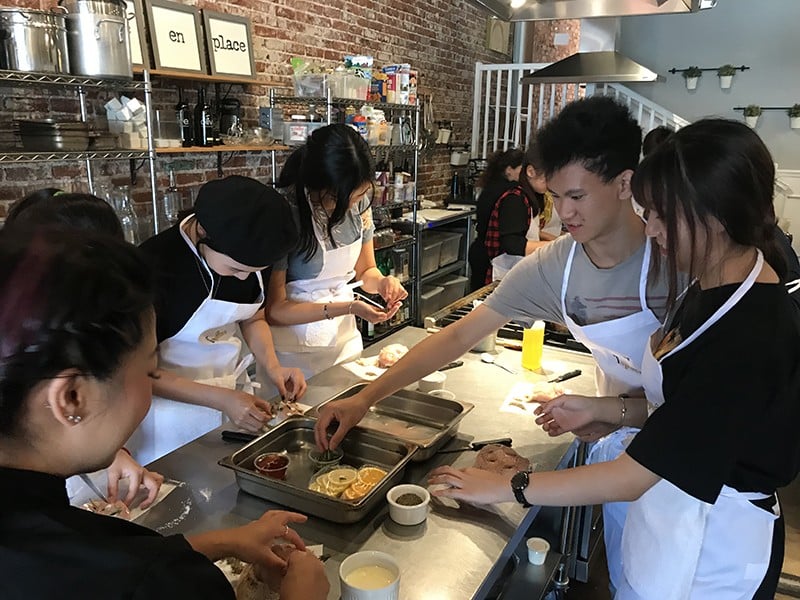 This more efficient form of instruction has enabled Leah and Harry to reduce the old ESL Summer Intensive’s six weeks to only four weeks for the new ESL & Arts Summer Intensive.

“The more efficient form of instruction lets us do that,” Leah says. “Plus the addition of Saturday classes.”

Saturday classes throughout the year would be exhausting, but for just four weeks—and with one weekday devoted to a field trip—it can be energizing.

The students’ energy will receive an added boost from their full integration into the dynamic Idyllwild Arts Summer Program and its evening and weekend social activities.

“In the past our Summer ESL students have been in a bubble,” Harry concedes. “That’s great for concentration and the results have been good.”

“But good can get even better if you replace isolation with immersion,” Leah says. “And ending the segregation of Summer ESL students from the rest of the Summer Program also promotes their ability to acclimate to the Academy. We don’t want our twenty or so Summer ESL students to be shocked out of solitude when their three hundred Academy classmates arrive!”

“Another advantage for any English-learner in coming to ESL & Arts Summer Intensive,” Harry says, “is that we can guarantee placement at the correct English level. Sometimes the English skills of a new international student may have been assessed via Skype the previous December. That can only give you a rough approximation of what the student’s English will be like eight months later.”

Leah and Harry are silent for a moment. Although their excitement is obvious, they may have run out of things to say. 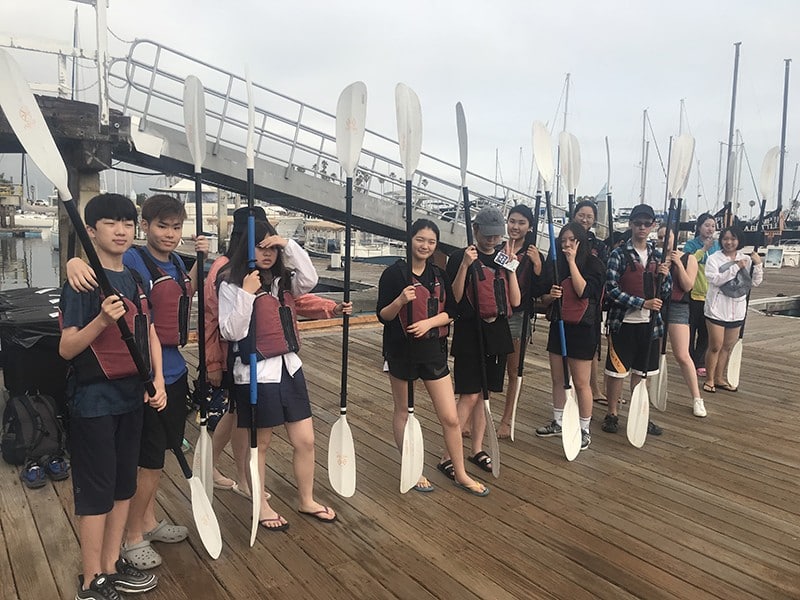 “Also, a Summer ESL student who’s on the cusp may be able to advance,” Leah says.

“Sure,” Harry says. “Pretty cool to get here in July as a high Intermediate ESL student and then start the regular school year as an Advanced.”

As Leah and Harry plan for next summer, last summer’s ESL students look ahead, too.

“I love the cello,” Henry says, “but my parents are business lawyers, so I think I also want to be a lawyer.”

Because Idyllwild Arts Academy graduates already include lawyers as well as surgeons, scientists, inventors, entrepreneurs, and high-tech executives, Henry’s ambition is not unusual.

But many other Academy alums have succeeded as artists. Miko wants to be one of these and she’s prepared to work for it.

“The kind of theatre I love most is musical theatre, so I plan to take voice lessons in Tokyo next summer.”

Dear IAF Community, This month, many of us listened intently as Amanda Gorman, the nation’s…