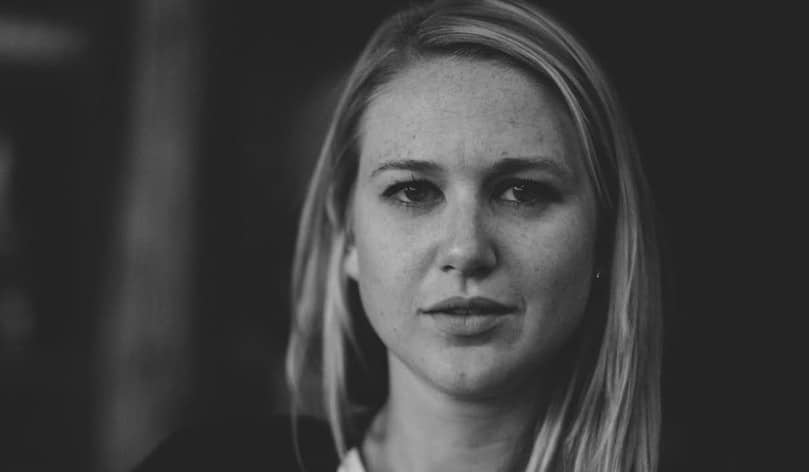 Shaunna Lehr is posing a subject in the shade when she’s approached for an interview. She asks her photography subject to wait for a few seconds. She steps into the sun to think about her schedule. The day is warm, but Shaunna seems comfortable.

Later, Idyllwild Arts Academy’s new full-time photography teacher asks her interviewer to notice a pattern in the colleges she attended.

“Brooks Institute, in Santa Barbara,” Shaunna laughs, “where I graduated in 2009. And before that Palomar College, in San Diego County, and Golden West College, in Huntington Beach. I knew how to pick colleges where I’d find a lot of sunshine and great beaches!”

Growing up in Idyllwild, she “always had a passion for photography and always had a camera.”

But her attraction to the outdoors expressed itself not only in long drives to the beach, but in playing softball (at catcher and second base), tennis, and basketball.

“Even though I had so many friends who went to Idyllwild Arts Academy,” Shaunna says, “for sports I traveled down the mountain to Hemet High School.”

She graduated from Hemet High in 2002.

“After high school I had to think a little about my next steps while I was attending community colleges like Palomar and Golden West. But loving photography and having friends at Idyllwild Arts made me wonder if I could have a career in the arts. So in 2006, I started at Brooks Institute of Photography—which shortened its name to Brooks Institute while I was there—and I was lucky to have fabulous teachers like Ralph Clevenger and Joyce Wilson.”

The interviewer hadn’t heard of Clevenger or Wilson.

“I promise you they were great,” Shaunna says. “But if you want to know what famous photographers have influenced me, think Ansel Adams, Alfred Stieglitz, Annie Leibovitz. I like candid photography that has a journalistic feel, that depends on having an intuition for the right moment to shoot.”

Half in Visual Arts, Half in InterArts

After graduating from Brooks in 2009, she returned to Idyllwild for several years of part-time work, first in Admission and then as a photography teacher. Part-timing was all right because she has two young sons and Idyllwild is home.

“Everybody knows my dad, Steve, who runs Idyllwild Garage, which was in the family even before he took it over. And people who’ve lived in town for a while probably remember me working there as a teenager, changing tires and changing oil.”

But this year the Academy had an opening for a full-time photography teacher, and Shaunna was happy to fill it.

“I’m half in Visual Arts and half in InterArts, the major that includes our Fashion Design focus. For InterArts, I’m teaching Beginning and Advanced Fashion Photography, which is fascinating because it’s so different from journalistic photography.”

Shaunna had listed Alfred Stieglitz as an influence. On August 14, 1945, Stieglitz snapped the iconic V-J Day in Times Square, one of the best-known photographs of the twentieth century. The Second World War had just ended, so the mood was there for Stieglitz to capture, which he did brilliantly. The location was also a given, since a massive celebration in Times Square was to be expected.

“But unlike journalistic photography, fashion photography gives you the chance to work with the designer to create mood and location.”

“I like a lot of emotion in photography, which you find in great journalistic photography and which is also important in fashion photography. I think this ability to capture emotion makes me good at both.”

Something to Paint About