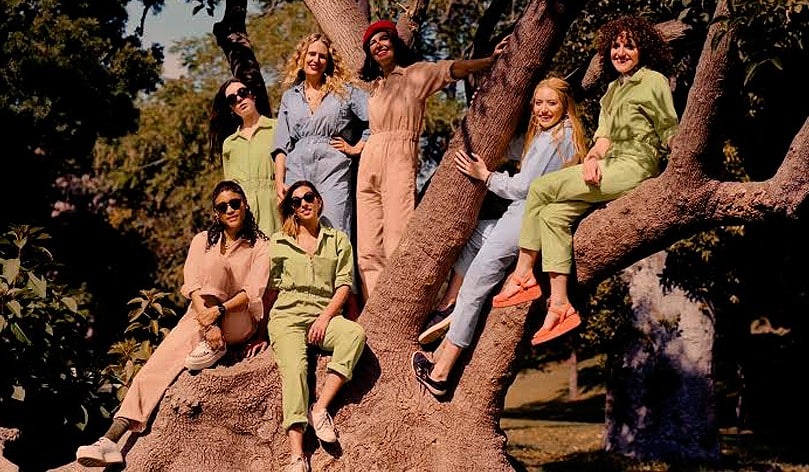 “Think of it as a film festival with the vibe of a music festival,” says Tabitha Denholm.

The Women Under the Influence founder is talking excitedly about WUTI Goes IdyllWILD, which debuts from September 20 to September 22—with an offer of half-off discounts for Idyllwild residents who use the code IDYPASS when they buy tickets at WUTIgoesIdyllWILD.com.

“Film festivals are typically where filmmakers go to sell new films,” Denholm continues. “But we wanted something different: a festival that brings people together around their love of films, old and new.”

The festival is a weekend of curated events and screenings to celebrate films past and present, directed by women according to the WUTI motto: by women, for everyone.

Denholm’s co-creators of WUTI Goes IdyllWILD are Meredith Rogers, director of programming for NeueHouse Hollywood, and Laura Rule, of the Laura Rule Collective.

After moving from her native England to Los Angeles five years ago, Denholm noticed that “The funny thing about LA is that in this global film capital, there are only a few places where you can get together to enjoy movies that haven’t just been released—unlike London and New York, which are full of places to watch classic and independent cinema.”

For the last four years, Women Under the Influence has carved out that kind of space in Los Angeles. Now WUTI will try it in Idyllwild.

The WUTI and WUTI Goes IdyllWILD missions are personally motivated.

“By 2015,” Denholm says, “I’d directed music videos and documentaries, but when I tried to move into commercials I experienced the bias well known to women directors. When you try to move up to a higher pay grade, you get your wings clipped.”

“That’s when I had the idea for Women Under the Influence.”

She notes that the directors who exhibit their work at film festivals are almost evenly divided between men and women.

“Festivals show a lot of documentaries, as well as a lot of artistically advanced but low-budget fictional films. But when woman directors try to get funding for big-money features, their numbers fall off”

So Women Under the Influence wants to “normalize women directors and get rid of the stereotype that a director has to be a guy in a baseball cap.”

It’s a bold ambition. Yet Idyllwild residents—and other film-lovers—who attend WUTI Goes IdyllWILD will not only enjoy the work of women filmmakers, but promote realization of that ambition.

Martin Gerard’s soft-spoken modesty prevents him from talking about himself. Perhaps there’s no need to…

A Monk’s Life?: What to Expect From Boarding School