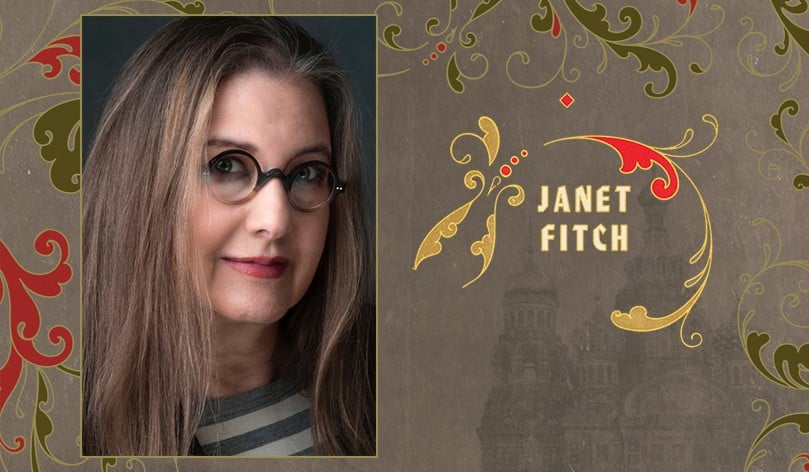 Janet Fitch’s three novels—White Oleander (1999), Paint it Black (2006), and The Revolution of Marina M. (2017)—make her supremely qualified to lead the April 5-7 Spring Writers Retreat on the Idyllwild Arts campus. But she points out that Idyllwild is also supremely qualified as a place to hold a creative retreat.

“Between about 2013 and 2015,” Fitch recalls, “I spent many months in Idyllwild, in friends’ cabins and even in the former house of Erle Stanley Gardner—who created Perry Mason—stoking the wood stove in winter time and imagining myself in Russia.”

She was working on The Revolution of Marina M., which the Chicago Tribune says “shimmers with vital energy” and unfolds during the Russian Revolution. The Idyllwild winter helped keep her novel vivid in her imagination.

“It solidified Idyllwild as a place of creative retreat in my mind,” she said. “Like it’s been for so many other writers.”

Speaking from her home in Los Angeles, she noted the uncharacteristically cold weather but suggested that in the mountains of Idyllwild the weather would be even colder. In fact, a series of snowstorms had left Idyllwild Arts Academy’s handful of Russian students feeling as much at home as Marina M. might have felt.

Fitch will return to different weather for the Idyllwild Arts Summer Program’s Writers Week, during a big week for her: on the second day, July 2, the sequel to The Revolution of Marina M. will be published. 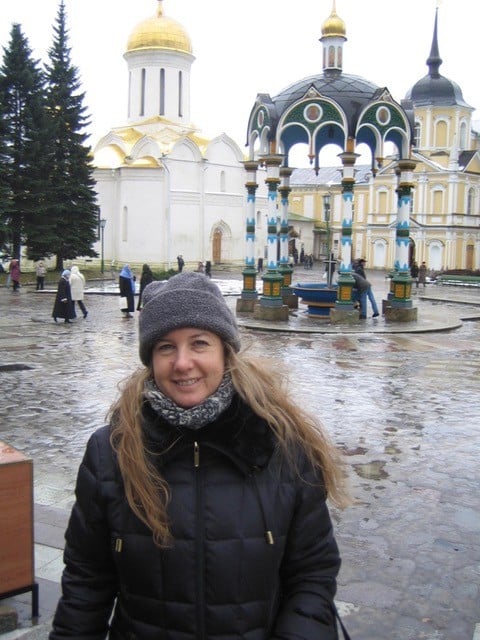 “It’s called Chimes of a Lost Cathedral. Then I’m done with Marina. There won’t be a trilogy. I’m enjoying writing short stories for the first time in twenty years!”

Fitch might bring some of her stories-in-progress to the Spring Writers Retreat.

“Everyday life can put you out of touch with that flame of creativity inside yourself,” she said in explanation of the value of writers’ retreats. “Just living day-to-day can do that to me, too. To retreat from the everyday with other people engaged in the same creative process is a big help.”

That she took more than a decade to produce The Revolution of Marina M.’s eight-hundred-plus pages is a reminder of the laboriousness of the creative process.

“As a writer, so much of what you do is purposeful. You focus on completing this chapter or this book. But there’s also the inner work that’s foundational for an artist. That work is about developing the creative power that forms the basis of the craft, creating a self that’s capable of producing art.”

Courage is central to the creative power of the artistic self, and Fitch’s novels display unflinching courage: in probing the wounds of a broken family (White Oleander), or portraying young people drawn to extremes of action and expression (Paint It Black), or shaping a self in a nation convulsed by revolution.

“The exercises I’ll lead during the Spring Writers Retreat are about breaking into the production of work, and instead, facing the world freshly. For instance, I do a lot of work with the senses, such as: How would you describe the way the light is coming through the trees? I’ll do point-of-view exercises: how would an omniscient narrator relate this very personal scene, moving from character to character?”

The excitement in her voice suggests she could talk all day about the pleasure of teaching. But she needs to get back to work on a story. She has time for only a few more words.

Idyllwild Arts Academy successfully graduated all 75 of its high school seniors this past Saturday,…