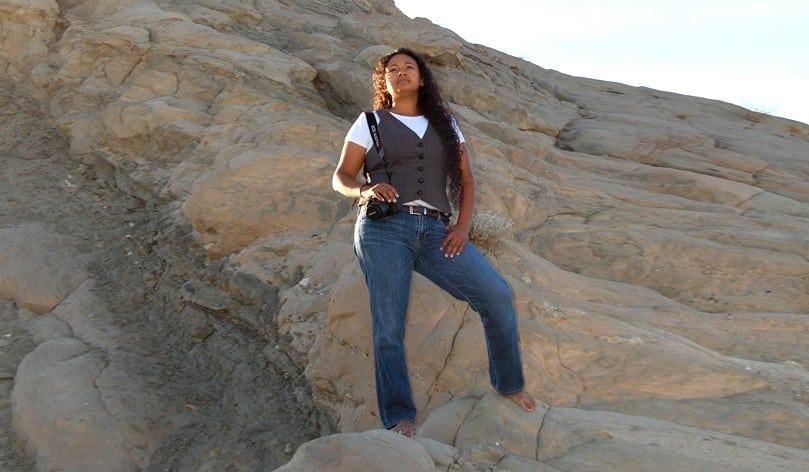 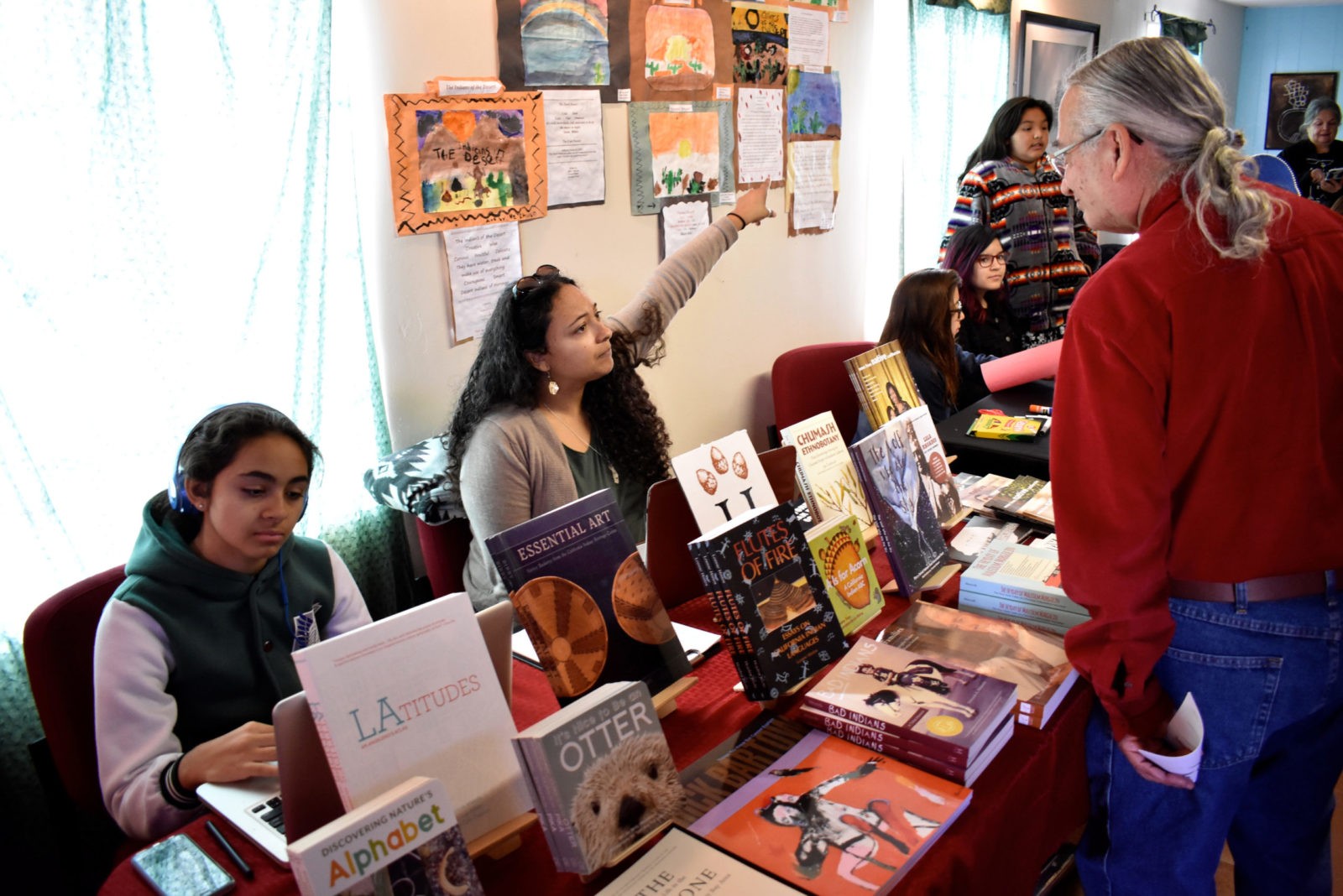 Terria Smith, the new consultant for the Idyllwild Arts Summer Program’s Native American Arts Festival, also keeps a close eye on Idyllwild Arts Academy. Her observation that Academy students enjoy “the freedom to be themselves and not just follow pop-culture norms learned from the media” is echoed by many Academy students and parents.

As the mother of a current Academy student, Terria cares deeply that at Idyllwild Arts “you don’t see the cliques you see in public high schools.”

But as a tribal member of the Torres Martinez Desert Cahuilla Indians and as editor of the quarterly magazine, News from Native California, Terria may have more reason than most Academy parents to value places that let people be themselves.

News from Native California addresses the need for that kind of freedom partly by publishing some its stories, poems, interviews, and articles in the languages they were written in, the languages of California’s roughly one hundred and fifty Native American tribal groups.

“In the ‘In Our Languages Column,’ we don’t add English translations of pieces not written in English for the print edition of the magazine,” Terria says. “We do for the digital edition, though.”

The sustained attempt by the dominant U.S. culture to destroy indigenous languages led to a radical reduction in the numbers of people with competence in many of those languages. But Native Americans are battling to bring new life to their languages, and News from Native California is on the front lines.

Fewer than a thousand members of Terria’s Desert Cahuilla tribe live on the Torres Martinez Reservation. The reservation lies not quite an hour southeast of Palm Springs and perhaps forty minutes southeast of Palm Desert, where she went to high school.

“I was always interested in writing,” she recalls. “But when I was about twenty, I wrote a letter to The Desert Sun, the newspaper for Palm Springs and the surrounding Coachella Valley. The letter was about a tribal dispute. Among my people, everybody pays attention to what the elders say. Then the paper published my letter. Suddenly, people were listening to me.”

“So I thought journalism might be something I’d want to do.”

Journalism became something for her to do at Humboldt State University, in far northern California, almost at the opposite end of the state from her reservation and her high school.

Humboldt had a small journalism program, but one “with a lot to offer, in part because in a small program you don’t get lost in a sea of students. So you have a lot of opportunities.”

Perhaps even more significant was Humboldt State’s “strong Native American student support program, which made the campus so warm and welcoming when I visited.”

Beyond the university campus, in the small city of Arcata, “there’s a big Native American presence throughout the area. As a Native, you feel at home there.”

The irony that places where Native Americans can feel at home are rare—on a continent they once took for granted as their home—is of course not lost on Terria.

A Home for Native Americans

So after graduating from Humboldt State in 2008, interning with the Ventura County Star back in Southern California, working for The Desert Sun, interning with National Public Radio West still in Southern California, and in 2012 earning her Master’s degree in Journalism from UC Berkeley—in short, after paying her dues—Terria couldn’t have done better than to find the magazine that makes a home for Native Americans.

She started as a contributing editor, finding that she loved the staff and the work. Then she rose to become editor.

She means that the magazine focuses only on tribes indigenous to California. It publishes photography and artwork as well as written pieces that, according to the San Francisco Chronicle, “run an amazing gamut,” from “scholarly to gossipy, from lyrical to gritty”.

Their common denominator is the focus on California’s indigenous tribes. This doesn’t mean that contributors must necessarily be California Native Americans.

“Although it helps,” Terria admits. “We receive submissions from non-Natives, and some of these pieces include a certain amount of othering of Native Americans. If we think the piece has potential, we’ll go back to the writer and suggest collaborating with a Native American. We’ll say, ‘Have you actually talked to any of these people you’re writing about?’ Sometimes the answer is ‘No, and I don’t plan to, either.'”

Strange, considering that Terria Smith is so easy to talk to.

Brent Michael Davids, of the Mohican Nation Stockbridge-Munsee Band of Native Americans, is well known as…

Indigenous Peoples, including Tribal nations, in the United States and elsewhere around the globe are…