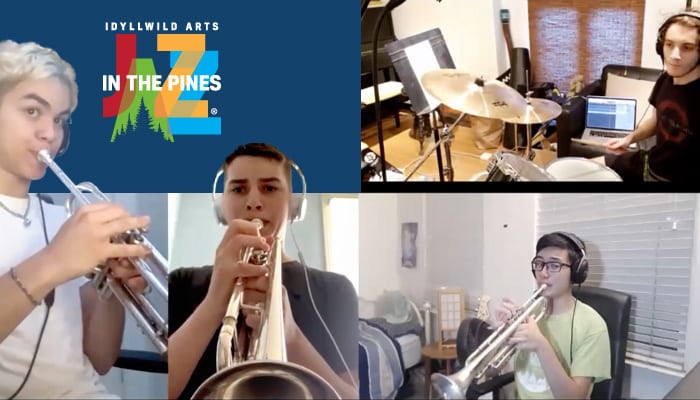 Elevate your jazz playing by learning from outstanding jazz artists, renowned for both performing and teaching the next generation of musicians.

You will explore the essential building blocks of jazz over seven weeks designed to elevate your knowledge and passion for jazz music.  Your curriculum will include music theory, proficiency seminars with individual instruments, improvisational techniques, and more.

Build on the skills you gained during the Summer Jazz in the Pines or jump into these unique jazz sessions. The workshop is a great way to connect with other passionate jazz musicians from all over and to enhance your current music studies. If you’re missing fall band at your school, this is the ideal way to keep your musical skills sharp.

Tom Hynes (Auxiliary Jazz Chair/Guitar) is an educator, guitarist and composer. Tom is a full time Professor of Music at Azusa Pacific University, and also serves on the faculties of Idyllwild Arts Academy and St. Catherine’s Academy. Credits include Hubert Laws, Liza Minelli, Kim Richmond Concert Jazz Orchestra, Pacific Symphony, and the US Department of State. He has composed music for the Smithsonian Institute and the Orange County Museum of Art. Jazz recordings include The Sun Shop and Tom Hynes and Marshall Hawkins: Live at The Fret House.

Kirsten Edkins (saxophone) is an established and active LA-based musician who plays with a variety of jazz artists including Bernie Dresel (the BBB), John Daversa (Monkestra), Bill Holman, and more. Kirsten has backed up Pharrell Williams, Smokey Robinson, Stevie Wonder, Christina Aguilera, Katharine McPhee, Adam Levine, Carrie Underwood, John Legend and Natalie Cole, etc.  She has performed on several seasons of The Voice and American Idol. A passionate teacher and clinician, she maintains a private studio and teaches at the Pasadena Conservatory of Music.

Wayne Bergeron (trumpet) is enjoying a career as one of the most sought-after musicians in the world. Studio sessions, film dates, international touring, jazz concerts, guest appearances, and clinics keep him busy around the world. In 1986, Bergeron landed the lead trumpet chair with Maynard Ferguson, and he can be heard on many of Ferguson’s most recognized recordings. Wayne has amassed credits too numerous to name, including recording with Ray Charles, Green Day, Beyoncé, Barbra Streisand, Michael Buble, Tito Puente, and My Chemical Romance; playing on more than 400 soundtracks including La La Land, The Incredibles 2, Crazy Rich Asians, Frozen, Bridge of Spies, Toy Story 3, and more; and he earned a Grammy nomination and rave reviews for his debut recording, You Call This Living? Bergeron has been principal trumpet at the Pantages Theatre for nearly 20 years and is regularly featured with the Hollywood Bowl Orchestra.

Alex Iles (trombone) is principal trombonist of the Long Beach Symphony Orchestra and has performed with the Los Angeles Philharmonic, Hollywood Bowl Orchestra and The Los Angeles Chamber Orchestra. Alex has toured as lead and solo trombonist with Maynard Ferguson, the Woody Herman Orchestra, and The Seth McFarlane Orchestra. He regularly plays in the pit orchestras of Los Angeles productions of Broadway shows and has performed on hundreds of television and motion picture sound-tracks. He has also appeared on numerous recordings with artists such as Barbra Streisand, Michael Buble, Josh Groban, Paul McCartney, and Prince. Alex has been a faculty trombone and jazz instructor at the California Institute of the Arts, Azusa Pacific University and California State University, Northridge. He has appeared twice as a featured soloist at the International Trombone Workshop.

Clayton Cameron (percussion) is known as a dynamic drummer who has also experimented with and perfected the art of brush technique. Cameron has toured with Sammy Davis Jr. and Tony Bennett, as well as other legends of the jazz world including George Shearing, Joe Pass, and Joe Williams. He is on faculty at the UCLA Herb Alpert School of Music.

Skill Level:
No audition required; at least two years of experience with your instrument recommended. 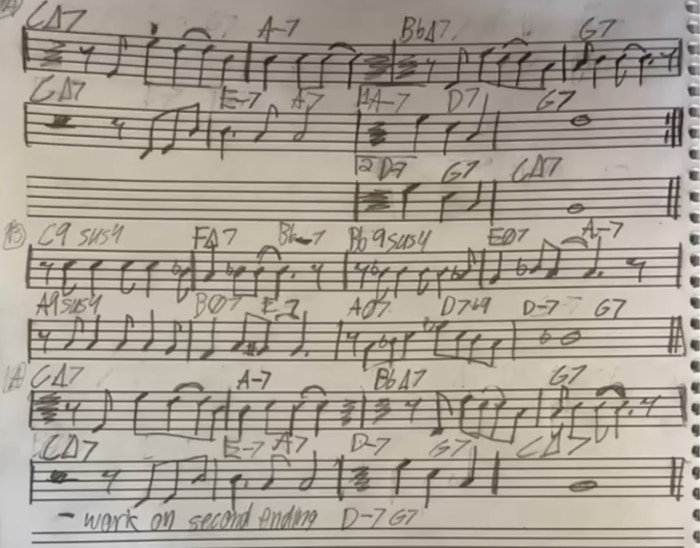