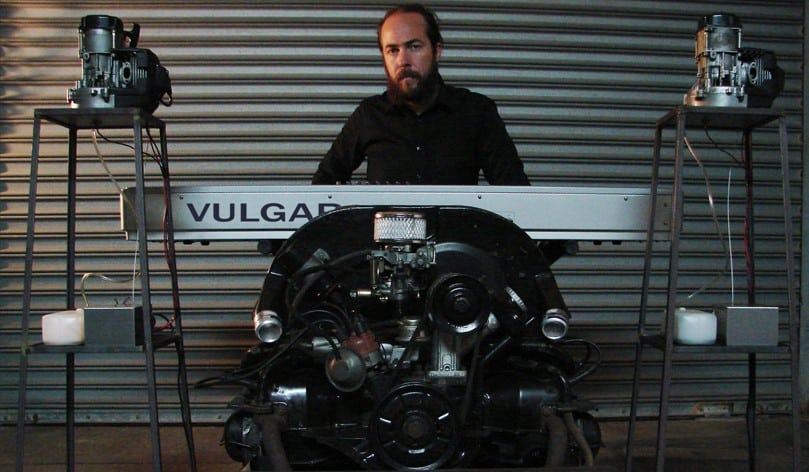 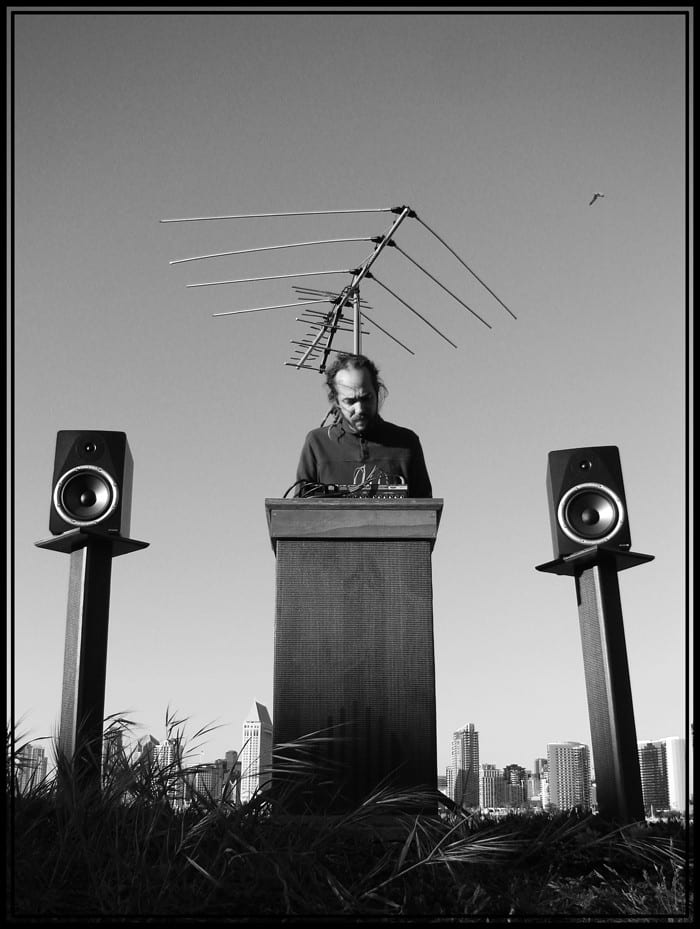 Assuming it’s an either/or—that one can’t be demented and tranquil—Braden Diotte certainly does not come across as demented in an interview. He discusses his far-outside-the-mainstream musical compositions like Dementia Tranquille (album forthcoming in 2020) and General Manifest quite rationally. He sounds as rational as a mathematics teacher explaining quadratic equations or the calculus of infinitesimals.

This may be because Braden teaches Geometry at Idyllwild Arts Academy.

But he also teaches in the Idyllwild Arts Music Department. His subjects this year include Electronics for Artists and Sound Synthesis, as well as the performance workshop for the InterArts Department, co-taught with InterArts Chair Abbie Bosworth. And when he talks about music, “tranquil” doesn’t apply, either. Music excites him too much.

This excerpt from Braden’s statement about the inspiration for his 2013 work, General Manifest (now streaming at eastimperialnoise.com), evokes the belief of the late John Cage (1912-1992) that “music is everywhere in the ordinary moments of life” and “We just have to learn to hear it“.

Perhaps even Cage’s use of chance to compose his music—using the I Ching and literally rolling the dice to decide which elements went where—is echoed in the way Braden found his way to hearing the music of rolling freight trains.

“My VW bug had been totaled, so to get from Southern California up to San Francisco, I started riding freights. Eventually, I took an interest in the noises.”

“I grew up in the South Bay area of Los Angeles,” Braden says. “It had a fertile punk-rock culture. In the late Eighties, when I was getting into my teens, I was listening to punk and underground music, and my interests also started to stretch in the direction of twentieth-century textural composers like Krzysztof Penderecki (b. 1933) and minimalists like Philip Glass (b. 1937).”

He lived in Los Angeles until he was twenty-three.

“Then for the next seventeen years I was in San Diego, where the musical scene was also tremendously creative.” 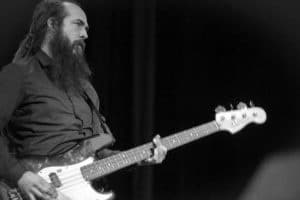 He studied music at the University of California, San Diego, graduating in 2010. But at UCSD he also studied cognitive science, inspired by giving speech therapy to his father, who had suffered a stroke.

Subsequently, at California Institute of the Arts (CalArts), in the Los Angeles suburb of Santa Clarita, he earned an MFA in Experimental Sound Practices in 2014. And it’s no stretch to say that while at CalArts, Braden also lived experimental sound practices.

“I noticed that Faust was coming to CalArts to give a master class,” he recalls. “So I thought I’d check it out.”

Of course: since its formation in northern Germany in 1971, the so-called “krautrock” band’s emphasis on dissonance, improvisation, and electronic experimentation had exerted a profound influence on many genres of progressive music that had long fascinated Braden.

“After Faust gave their master class,” Braden says, “they were going to perform two back-to-back concerts. I noticed that the bassist/vocalist Jean-Hervé Péron, one of the founding members, seemed overwhelmed by his artistic ambitions for the concerts. So after the master class I went up to him and asked if he wanted some help.”

Give Braden and the Moroccan-born Péron equal credit for recognizing an opportunity.

“Jean-Hervé and I composed a piece which was performed that night in front of a large audience at REDCAT. I visited them in Germany, and when they toured the U.S. in 2016, I performed with them at a handful of stops.” 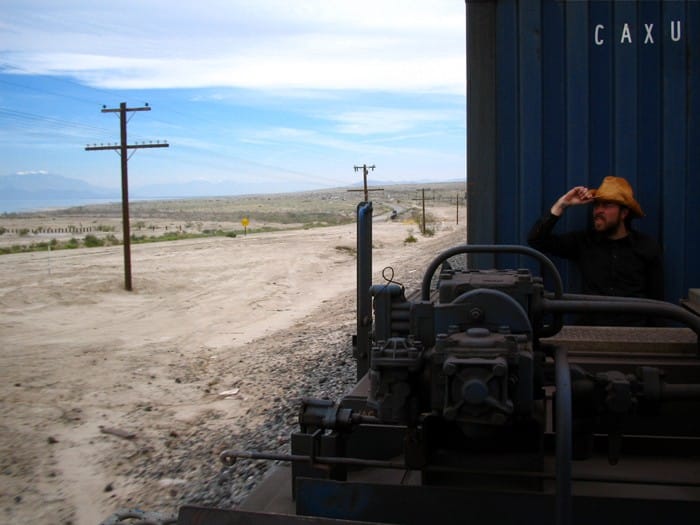 Eastbound in the Imperial Valley ©2010
Photo by Doug Wagner

Braden would eventually play bass in order to free Péron to play other instruments, but at first he “made a synthesizer rig out of two iPhones and a mixer, stuffed in a small suitcase suitable for flying. I’ll continue to join them on their U.S. tours when I’m invited—and as much as teaching full-time at Idyllwild Arts permits!”

Péron’s observation that the German word Faust means “fist,” suggesting that the band’s music is brutal, is qualified when he points out that the fist “is a symbol for revolution”.

This reflectiveness makes Faust an ideal home for Braden Diotte, the thoughtful composer, musician, and mathematician with another home at Idyllwild Arts, whose Mission is changing lives through the transformative power of art.