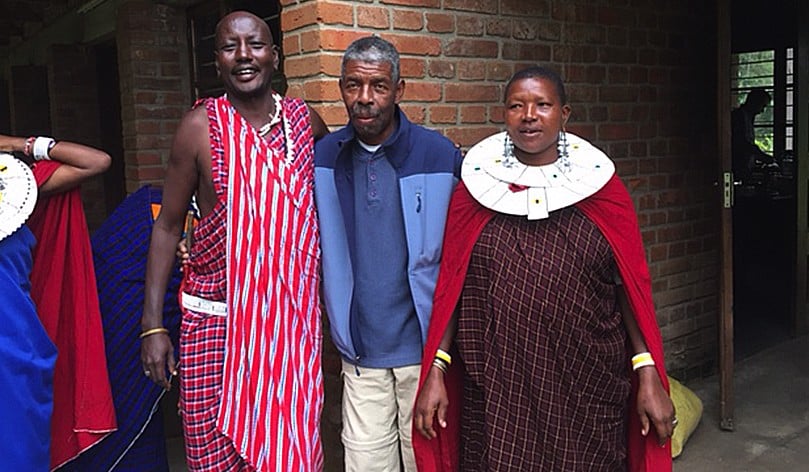 As he looked ahead to performing at the 24th annual Jazz in the Pines  festival on August 11-13, Marshall Hawkins reflected on going “180 degrees: from south of the Equator to north of the Arctic Circle.”

The master of the standup bass founded not only Jazz in the Pines, but the jazz program at Idyllwild Arts Academy, the residential arts high school that will take over the Idyllwild Arts campus after the festival. Marshall had already covered 360 degrees of the jazz world during a career launched in the 1960’s. But his return from East Africa in early July—a week before traveling to Cordova, Alaska, for that town’s second annual Jazz Night—had left indelible memories.

“What I know about music comes from Africa,” Marshall says, “so I had to go back to recharge my batteries.” Most of the construction work was going to be impossible for a 78-year-old man who had undergone hip-replacement surgery the year before.

“I was driven everywhere,” he says, after Kent-Stoll had borrowed one of the village’s handful of cars for him.

“But nobody was as good at painting around the windows as he was,” according to Kent-Stoll. “Perfectly, and without masking tape!”

He has been asked repeatedly if he taught music to the villagers.

“I didn’t want them to know about my music. I just wanted to be part of the team.”

The remark is in character for a musician who has been a consummate team player in one brilliant jazz ensemble after another for decades.

“I met so many friends. I’m going back next year.”

He’d been scrolling through pictures of the villagers on his phone. He looks up and grins.

Greetings, There is a chill in our mountain air which means that the school year…