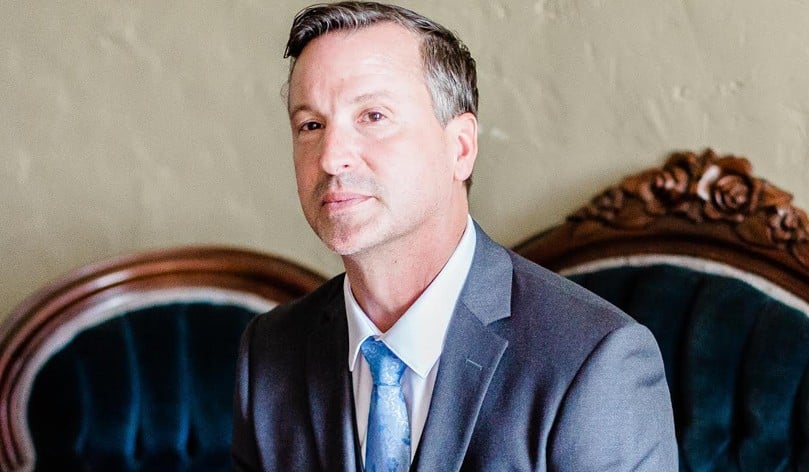 “Almost anybody can make a movie out of their house that has the look of a Hollywood production,” according to Idyllwild Arts Academy Film and Digital Media teacher Jon Alvord. “If you can learn the skills, the technology costs a fraction of what it did when I was new to the industry after graduating from USC in 1992.”

Director and star Andrew Bowen’s fourteen-minute film, “The 716th,” now available on Amazon Prime, proves Jon’s point. Made on a shoestring budget ahead of its 2018 premiere at New York’s Tribeca Film Festival, “The 716th” has attracted enthusiastic reviews, including one critic’s observation that “none of the gimmicks reserved for the sci-fi comedy come off as cheap. . . an especially good thing because science fiction films can’t have a cheap production value.”

Jon’s expertise in editing and visual effects, acquired during his work on successful projects like Batman Forever (1995) and HBO’s Emmy Award-winning miniseries, John Adams (2008), was indispensable to the excellence of “The 716th,” for which he earned Producer and Visual Effect Supervisor credits.

“Technology has changed the industry,” Jon says, “but the challenges of working with the people involved are the same. Idyllwild Arts students learn that they need to be ready to work hard and prepare for the unexpected. Their thirst for knowledge and work ethic are their most valuable assets. They’re required to think on their feet, overcome challenges, and learn new skills each day on every film.”

Passion for the Movies

Jon makes work in the film industry sound like something that only a passionate movie-lover could want.

“A passionate movie-lover: that was me! I come from three generations of attorneys, but my parents always supported my love of film.”

Conveying that love to students, and the necessity to sacrifice oneself in order to consummate it, is something he admits he “fell into” in 2007, during an industry strike. To pay the bills he started teaching at Savannah College of Art and Design (SCAD), in Georgia.

While there, Jon rebuilt SCAD’s post-production pipeline and streamlined the workflows between the film, sound, and visual effects departments. In addition to teaching the editing classes, he pursued a Master’s degree in Visual Effects. All of his skills are on display in “The 716th.”

Coming to Idyllwild Arts was inevitable because of his passion for teaching and the school’s proximity to Los Angeles. He stays active in the industry and brings that updated knowledge to his students.

The availability of “The 716th” on Amazon Prime is a testament to Jon’s film expertise.

The Value of an Arts Education

Dear Idyllwild Arts Community, Last year, when the Class of 2020 returned to campus for…