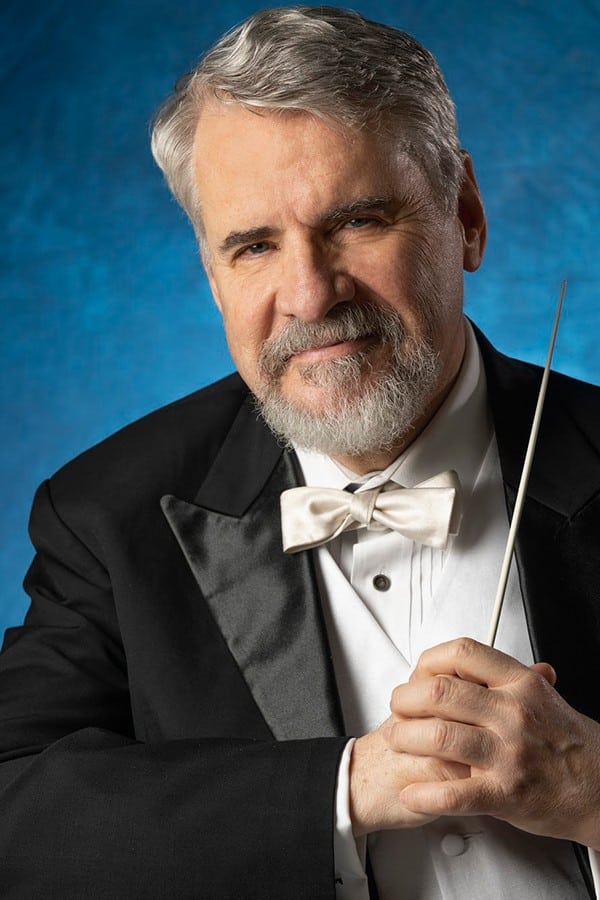 An esteemed operatic conductor, Wilson led a highly acclaimed production of the American stage premiere of  Mozart’s Il Re Pastore, with the Glimmerglass Opera.  He also conducted the first professional production of composer Amy Beach’s only opera Cabildo, on the “Great Performers at Lincoln Center” series.  The production was recorded and released on CD by Delos International.  More recently, he has twice appeared as conductor for productions of Handel operas at the New York City Opera.  He has spent the last 10 years as a member of the conducting staff at the Metropolitan Opera.

Recent seasons’ engagements have included concerts and recordings with the London Symphony Orchestra, the New Haven Symphony, England’s Hallé Orchestra, the New Jersey Symphony, the New Haven Symphony, the Tulsa Philharmonic, the Orchestra of St. Luke’s, and the Los Angeles Chamber Orchestra, among others. He conducted La Bohème at the International Opera Center in Amsterdam, as well as Rossini’s La Cenerentola in San Sebastián, Spain.  Wilson also conducted as an Artist Member of the Chamber Music Society of Lincoln Center, both in New York and on tour.

Ransom Wilson is the recipient of several illustrious honors.  In 1988 the New York Times Foundation awarded him the first Alabama Prize, which is awarded to natives or residents of that state who have distinguished themselves in the performing or visual arts.  The following year he, with pianist Christopher O’Riley, received a National Public Radio award for best performance by a small ensemble on a national broadcast. The Austrian government honored him with their prestigious Award of Merit in Gold, in recognition of his efforts on behalf of Mozart’s music in America.

Mr. Wilson’s highly successful recording career, which has included two Grammy Award nominations, began in 1973 when he made a recording with Jean-Pierre Rampal and I Solisti Veneti.  More than 17 solo recordings have followed on the Angel/EMI, RCA, Nimbus, Orion and Musical Heritage Society labels. As conductor, he has made a best-selling recording of music by John Adams and Steve Reich with Solisti New York and a disc of Baroque music with the Los Angeles Chamber Orchestra.  A recording on the CRI label features Mr. Wilson conducting the Orchestra of St. Luke’s in the music of Aaron Jay Kernis and he recorded Stravinsky L’Histoire du Soldat  in a citically acclaimed performance on the Chesky label. A strong advocate of contemporary music, Wilson has commissioned new works by Steve Reich, Peter Schickele, Joseph Schwantner, John Harbison, George Tsontakis, Jean-Michel Damase, Jean Francaix and Carlos Surinach and his future plans include projects with Martin Bresnick, Richard Danielpour, Aaron Jay Kernis, and recent Pulitzer Prize winner John Luther Adams.  Most recently, he conducted the London Symphony Orchestra in a recording of music by Michael Colina. A gifted arranger, he has transcribed much of the music for his Angel/EMI recordings and, at Carnegie Hall with Frederica von Stade as soloist, he has conducted his own orchestrations of three of Ravel’s Five Greek Songs, which were left unorchestrated by the composer.

Educated at the North Carolina School of the Arts and at the Juilliard School, Wilson pursued post-graduate studies as an Atlantique Scholar in France with Jean-Pierre Rampal.  He has studied conducting with Roger Neirenberg, James Dixon, Otto-Werner Mueller and received extensive coaching from the late Leonard Bernstein. He currently lives in the Connecticut woods and is on the faculty of Yale University.