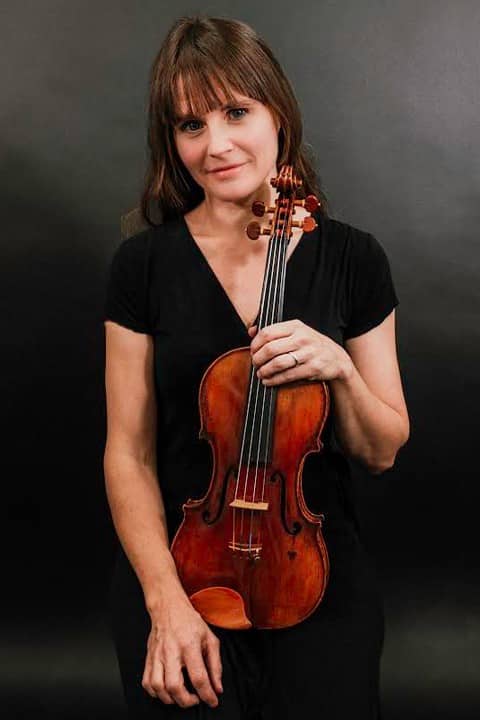 Violinist Heather Netz was invited to Athens,Greece to give a series of solo performances with the Greek contemporary company, QuasiStellar Dance Theater. Performing the music of Xenakis, she played for the athletic welcoming ceremonies in the Olympic Village during the 2004 Summer Olympic Games, and since returned to Greece to perform music by Paganini.

Ms. Netz taught Chamber Music and Music Appreciation for 8 years at Central Washington University in Ellensburg, WA while she held a position as Resident Artist playing in the ensemble-in-residence, the Kairos String Quartet. While living in Washington, she appeared in various chamber music series such as Simple Measures in Seattle and Leavenworth’s Icicle Creek Music Center. She has had solo concerto performances with the Wenatchee Valley Symphony, the Central Washington University Symphony Orchestra and the Salem Chamber Orchestra.

She received a Post-Graduate Diploma of Orchestral Performance with Distinction from the Royal Scottish Academy of Music and Drama in Glasgow, Scotland, where she won the first prize of the Ian D. Watt Award, a competition of the Sonata and Chamber works by Claude Debussy. Alongside her classical education, she studied Scottish fiddle with Pete Clark and was featured on Clark’s album Mackintosh at Murthly- The Music of Robert Mackintosh. Ms. Netz received her Master of Music and Bachelor’s Degree from the Eastman School of Music in Rochester, NY.