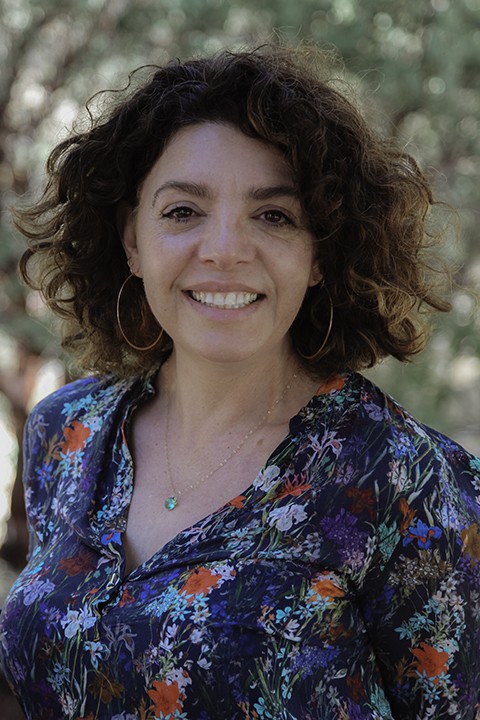 Abbie is a writer, performer, director, and teacher. Abbie has a BA in Combined Honors Spanish and Theatre from the University of Birmingham in the UK (1990). She has an MFA in Creative Writing for the Performing Arts from UC Riverside (2008). Abbie began her career teaching English and Theatre in Manchester UK as well as being involved as a director and performer in the Manchester Arts Festival.

Abbie continued to work in educational and devised theatre when she moved to Southern California in 2000, collaboratin with such diverse communities as inmates at Patton State Hospital, students through the Riverside and San Bernardino Arts Councils, and at Montessori in Redlands. Abbie devised curriculum and managed the Montessori of Redlands Middle School program between 2003 and 2005.

Abbie’s short story, Glass Eye, was published in the 2006 Monsters and Villains edition of CRATE and her play Left Luggage was performed at the Kennedy Center American College Theatre Festival in February 2007. Her play, So Many Good Ways to be Bad was commissioned for, and performed by The San Bernardino Rainbow Pride Youth Alliance in collaboration with Cal State San Bernardino in January 2010. She had one of her plays, Greta in the Forest read at the Ruskin Group Theatre in Santa Monica, where she is a member of a New Play Development program.

She has taught Theatre and Playwriting at Idyllwild Arts Academy since 2006, and coordinated a yearly collaboration between the Creative Writing and Theatre departments. She has been the Chair of the InterArts department there since 2014.