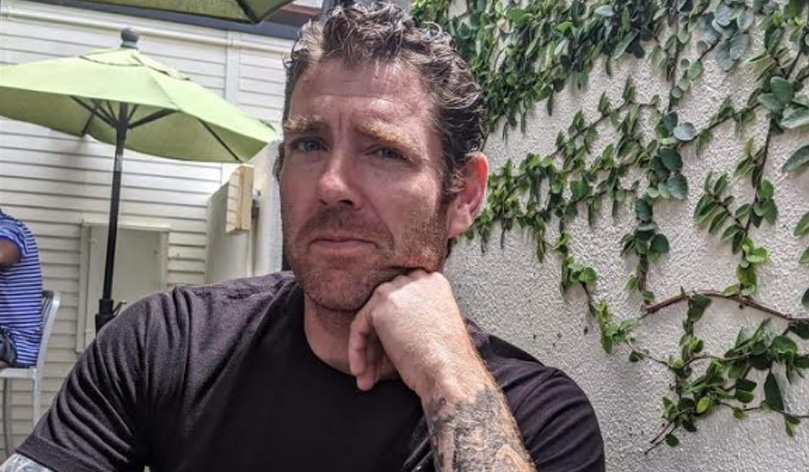 Al Brockman, who graduated from Idyllwild Arts Academy as a Visual Arts major twenty years ago, has found his way back to Idyllwild to deliver COVID-19 rapid finger tests and train the Academy’s Health Center staff in administering them.

The Academy has bought fifteen hundred tests, developed by Confirm BioSciences and approved for emergency use by the Food and Drug Administration. They test for two antibodies: immunoglobulin IgG and immunoglobulin IgM. The presence of lgG indicates exposure to COVID-19 and that the body has prepared an antibody response, while the presence of lgM indicates that the body is currently responding with new antibodies. Antibody testing is not confirmation testing. But the Academy will use the tests to screen students once the Idyllwild Arts campus opens to them, perhaps as early as October 1.

Explaining the achievement to the Idyllwild Arts Vice President of Student Operations, Justin Barrett, Brockman speaks of “thousands of confirmation tests on the antibody testing” with “no false negatives.”

Barrett adds that the tests have “a three-percent false positive rate, so with the size of our student body we could have up to eight false positives at the start of the year. But we think that’s an acceptable inconvenience to be able to give tests on site with a very low false negative rate. Since anyone who tests positive will be sent for confirmation testing immediately, a student with a false positive would only have to spend two or three days in isolation while waiting for the confirmation test results, assuming they’re negative.”

Moving by Leaps of Imagination

Al Brockman was born in Bakersfield, California, and raised partly in Buenos Aires. At the Academy he focused on graphic design, while signaling the versatility that would define his career: for his Senior Show he converted the campus gallery to a restaurant and served meals.

“But instead I went to the Bahamas,” he says. “Did lots of scuba diving. That’s hard to beat when you’re nineteen.”

In the Bahamas, it started to become clear that Al would move through life less by measured steps than by leaps of imagination.

“Wait. Suddenly you’re involved in risk assessment? You were nineteen. And an artist. And a cook. And you’re having fun scuba diving.”

“I was scuba diving,” Al says. “But they could see I knew my way around a boat, and around machinery in general.”

“They saw I was capable.”

The foreign countries where Al did risk assessment were in Latin America, for which he may have had an affinity because of his childhood time in Argentina. When the business switched to the Middle East, he got out.

“You’re following this?” he asks his interviewer.

“The most interesting part of my work was done together with the National Park Service in Sequoia National Park and Kings Canyon National Park, on both law enforcement and environmental restoration. Drug-manufacturing labs put a lot of harmful chemicals into the environment.” 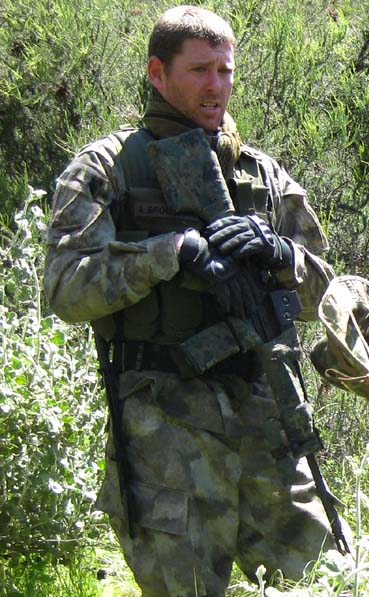 A more conventional law enforcement action would lead to another career change for Al.

“In 2015, apprehending a break-in suspect who was also wanted for murder, I shattered two vertebrae. I recovered my ability to walk, but I was done with active law enforcement. The Sheriff’s Department paid to retrain me, so—remember that I already had experience with boats—I earned my captain’s license.”

At this point, Al’s leaps from career to career start to look more like flight.

“I met someone who wanted to build a semi-submersible vessel—kind of a half-submarine. I helped out with my old Idyllwild Arts graphic design skills. Then. . . Look, I’ll skip the ‘I met so-and-so, who introduced me to so-and-so’ part. Basically, computer-assisted imaging of big objects like boat parts isn’t fundamentally different from imaging microscopic entities like viral particles. That’s how I’ve gone from boat captain to Chief Bio Safety Officer for Innovative Bioanalysis.”

He takes a breath.

“Credit Confirm BioSciences with developing the rapid finger tests, but credit the Innovative Bioanalysis labs with designing how to validate the tests. If you bring a couple hundred teenagers to this beautiful campus in October, you’ve got to keep them and the teachers and staff safe. I’m proud to help.”

Twenty years on from Idyllwild Arts, this alum’s past includes cooking, scuba diving, risk assessment, law enforcement, skippering boats, and designing a half-submarine. His present is rewarding and exciting enough. But you wonder what the next twenty years hold for someone with Al Brockman’s curiosity, imagination, and flexibility.