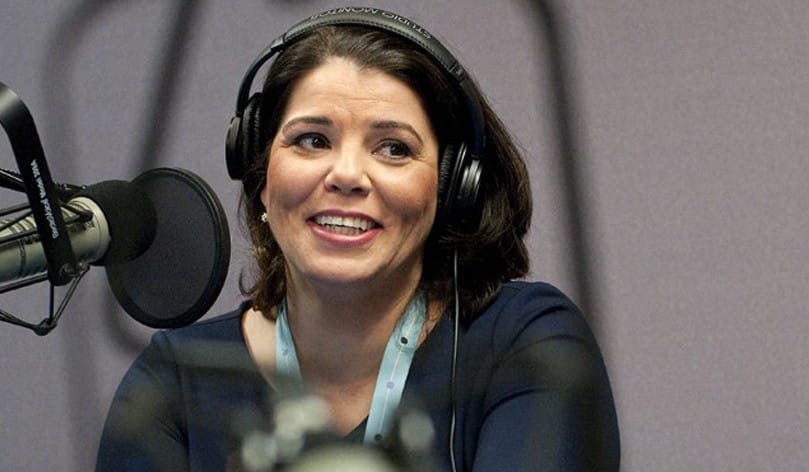 Idyllwild Arts Academy graduate Celeste Headlee wouldn’t have known that the COVID-19 pandemic was coming. Yet last month’s release of her new book, Do Nothing: How to Break Away from Overworking, Overdoing, and Underliving, happened to be well timed. Do Nothing became available just as the pandemic was forcing people to stay at home, while also giving them a chance to spend more time with family and to reflect on whether the contemporary obsession with keeping busy had been giving them the life they wanted.

Surviving the pandemic is our immediate challenge. But living well is a perpetual challenge, and Celeste has made an important contribution to the debate about how to do that. One reviewer notes that the 1987 Academy graduate’s point that “years of scientific research have proven that better than trading your time for money, it’s best to trade your money for time” is “well taken and will prove useful for harried readers.”

It may of course be a good time to put your feet up and read this book by the Musical Theatre major from Idyllwild Arts Academy’s first (1987) graduating class, though you’ll need to have it delivered to your door instead of picking it up from a bookstore.

Do Nothing follows on the heels of her previous book, We Need to Talk: How to Have Conversations That Matter, published in 2017 by HarperCollins. We Need to Talk was a response to the demand created by her hugely successful TED talk, “10 ways to have abetter conversation”.

When We Need to Talk was published, Celeste’s daily National Public Radio show, On Second Thought, required her to coax conversation out of guests who, like many of us, had fallen into the habit of communicating from behind electronic screens. Hiding your phone—not simply putting it down, since a cell phone’s mere presence can be distracting—was one of her book’s many proven, practical suggestions for strengthening our connections to one another.

Being Herself at Idyllwild Arts

Celeste’s interest in genuine conversation may have been provoked by the difficulty she experienced, in public school before coming to Idyllwild Arts, in talking about things she “didn’t give a damn about.”

“I’d managed to fit in: I was a cheerleader! But pretending to be someone other than who I was—the kid who had memorized the entire score of Evita—was a tremendous strain. Idyllwild Arts was full of kids who’d experienced the same strain, and suddenly we could be ourselves.”

The brand-new school’s tiny Musical Theatre program allowed her to take oboe lessons while also cultivating her love of Broadway. As her voice matured, she discovered that it was as well suited for opera as for Andrew Lloyd Webber.

Celeste’s family has therefore made substantial contributions to American culture—contributions which now include her book, Do Nothing.

Pictured Above: Satellite image imaged by Planet. PC: Planet.com We do not inherit the earth…

Out of the Bubble

Dobrina Dobreva didn’t practice the violin for thousands of hours to become a successful immigration lawyer.…