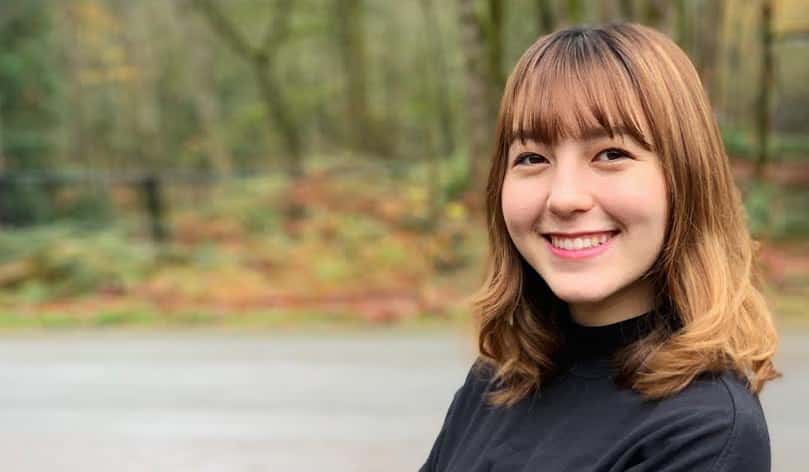 Clara Stark’s choice of the first person to reach out to after receiving the bad news speaks volumes about the Idyllwild Arts Academy Dance Department.

It was late in the summer of 2016. She had excelled as a dancer for four years at Idyllwild Arts. In May, she’d graduated from the Academy as its Outstanding Artist. She was excited about beginning her studies as a Dance major at Butler University, in Indianapolis. But on registration day she learned, shockingly, that she was diabetic.

“The first person I called was Jonathan,” she remembers. “He made me feel better, just like he always had. He said it would be all right as long as I didn’t act out of fear.”

Jonathan Sharp had taught at Idyllwild Arts for a decade. Since 2012, Clara had been the star female ballet dancer in the department that he helped the Chair, Ellen Rosa-Taylor, run like a beautiful machine. Clara had hoped that Butler’s dance teachers would be as good—and as dedicated to the students—as Jonathan and Ellen and the rest of the Academy dance faculty. Her diabetes would keep her from finding out.

But the need to adjust to the intense routine of monitoring her diabetes couldn’t force Clara to omit another intense routine from her life: the routine of practicing dance. A passion for dance had gripped her when she was a little girl, and still has a hold on her.

It’s why she looks forward to supervising the Seattle portion of the Idyllwild Arts World Audition Tour 2020 on January 12. She hopes to find teenage boys and girls with the same love and talent for dance that she has—although falling in love with dance as early as Clara did is rare.

“The dance teacher I had when I was five says she knew even then that I was meant to be a dancer,” she says. “The way she tells it, she was playing some classical music for us to dance to, and I started crying. Supposedly, I told her I was crying because the music was so beautiful.”

She also feels lucky that she’s learned to live with her diabetes. And she feels lucky that even though she continues to dance, she has discovered another interest since being forced to leave Butler before she could begin.

“When I found out I had diabetes, I went straight home to Seattle. Cornish College of the Arts was wonderful, letting me take dance classes without being enrolled there. But I also took classes in other things besides dance at a community college. I became fascinated by business, and I did a lot of teaching at a dance academy here, so I had a chance to see close-up how that kind of business is run.”

She’ll receive her Bachelor’s degree in Marketing next spring, from the University of Washington. In the meantime, she’s preparing her resume and getting ready to cast a wide net to find the right job.

“I’m looking into staying on the West Coast, or maybe working in Tokyo.”

Clara’s mother is Japanese, so she has plenty of family in Japan.

“Aside from the location, any kind of business related to the performing arts interests me.”

As for her own relationship to performing, it’s changed a lot since the days when she danced the principal role in one ballet after another at Idyllwild Arts.

“I know I’m remembered at Idyllwild as a ballerina, but up here in Seattle, I’ve done a lot of contemporary dance competitions. I’ve actually traveled around the country to compete, and been pretty successful. My core foundation in ballet has helped me with all the styles I’ve tried, from ballroom to musical theatre to. . . whatever.”

“Whatever?” her interviewer asks. “Even hip hop? Have you done hip hop?”

“We’ll need a picture to go with your story,” the interviewer says. “Maybe one of you dancing hip hop. The people who knew you at Idyllwild would be amazed!”

“Well. . .” Clara says. “My boyfriend is a professional hip hop dancer. He’s been working with me, but I’m not sure I get it.”

“So, no hip hop picture?” the interviewer says.

“That would be really embarrassing,” Clara laughs.

Anyone wishing to RSVP to audition in front of Clara or in a city other than Seattle for the January 11-12 Idyllwild Arts World Audition Tour 2020 should visit tinyurl.com/uj26dsk.

Food Fight: Winning the Fight to Get Needed Food to Locals

Many families in the town of Idyllwild are eating better thanks to the Academy alumni,…

I recently made a presentation to a funder that I titled, “An Unusual Year or…