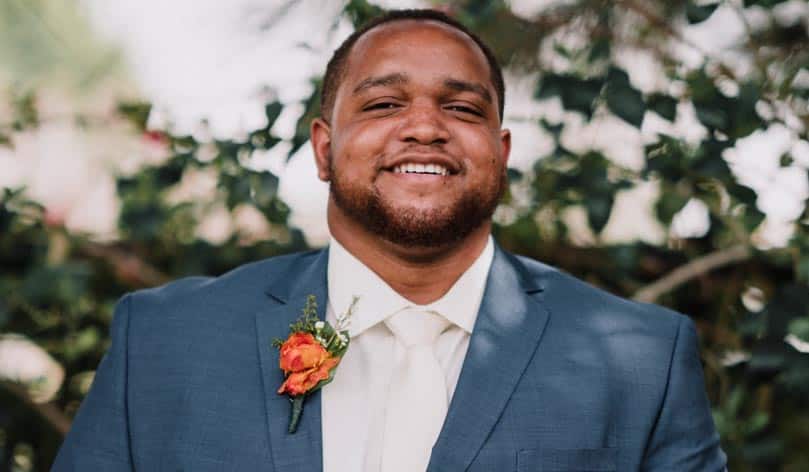 Will Yarbrough’s thumbnail bio on the Idyllwild Arts website announces that “People are his passion and he loves working with young people of every background so they can attain their full potential.”

The statement is part of the explanation of his hiring for the brand-new position of Diversity Enrollment and Retention Coordinator. This passion and love, along with his previous job experience, qualify Will for the challenging work ahead of him.

He describes the challenge as that of “building a bridge” to tie together some of the different tasks that the leaders of Idyllwild Arts want to see performed more efficiently. Idyllwild Arts Academy would benefit by enrolling more Native Americans and other people of color. However, the benefits can endure only if the students recruited to make the community more diverse feel comfortable here, so that we can honestly say that we’re inclusive. The Academy undoubtedly does good by enrolling a broad mix of people. But that good becomes great if the students want to stay, and if they are retained.

Having worked as Director of Admissions for Wesley College Preparatory School, in Riverside, created to help students of color prepare for college, Will is acquainted with the challenge he faces and confident about succeeding.

The bio statement about Will’s passion for people and love of working with young people also explains his obvious excitement about the birth of his second child. As he was being interviewed, he expected his wife, Katy, to deliver “any day now.” The little boy, whom Will and Katy had decided to name Kingsley, would keep his parents more than busy since his sister, Skyla, was only a year old.

As if performing a job no one has done before and helping two very young people attain their full potential wouldn’t be enough, Will was also looking forward to another responsibility. The plan, post-pandemic, was for the family to move onto the Idyllwild Arts campus, where Will would serve as a dorm parent. As he talked about himself for the interview and counted down to the birth of his son, Will was living in Riverside, just over an hour from Idyllwild.

Riverside is familiar territory for him. He grew up in the nearby cities of Rialto and Fontana before heading east to Phoenix to attend college at Grand Canyon University. GCU had obviously made a good impression, since he toured about fifteen different colleges before making his decision.

“Katy was on the same tour bus,” he recalls. “She ended up going to Biola University, in La Mirada, which is close to Los Angeles. So we had a long-distance relationship. For a while when I was at GCU, I would drive from Phoenix to see her once a month.”

“When I finally took her to see Phoenix and GCU, she couldn’t believe I’d been making the trip.”

The drive, five or six hours long, might have proved to Katy that Will loved her if she hadn’t been convinced yet. But a reasonable guess would be that she already had her proof.

At Grand Canyon University, Will earned a Bachelor of Science degree in Health Education.

“My goal was to be a strength and conditioning coach. I’d played soccer, baseball, and rugby. My mother had never let me play football. Rugby is pretty close, though!”

Soccer, baseball, and rugby are team sports. But Will also showed himself to be another kind of team player at GCU.

“Despite being interested in coaching instead of admissions work, I guess I made myself pretty visible to the admissions people. They were always showing the campus to possible new students, and I liked to help them give a good impression of the college. I was a kind of unofficial student ambassador.”

“When there was a job opening in Admissions, they remembered me. I was an Admissions Counselor at GCU for two years.”

Now he will be giving a good impression of Idyllwild Arts–and certainly of himself–as Diversity Enrollment and Retention Coordinator, as well as in the more traditional Admissions role of handling all applicants for the InterArts/Fashion Design Department. He admires artists, partly because “art starts revolutions.”

He claims to possess no artistic talent, but should we believe him? He had expected to become a coach. Perhaps, given enough time in an environment of artistic immersion, he’ll surprise himself again.

Yet, whether or not Will Yarbrough reveals some hidden artistic gifts, expect him to do many good things for Idyllwild Arts.

The just-concluded Spring semester challenged educational communities everywhere. But no one familiar with Idyllwild Arts…