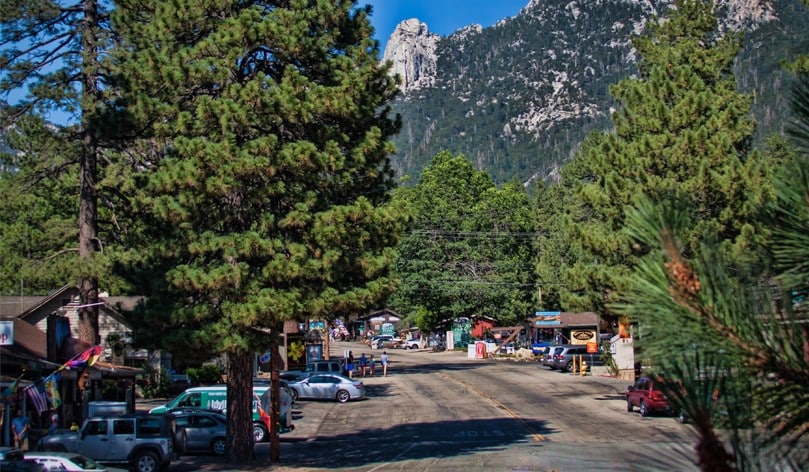 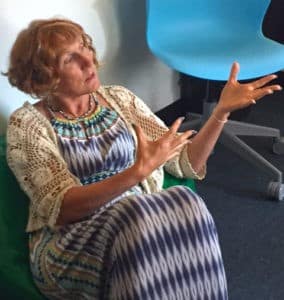 Idyllwild Arts Academy Assistant Head of School Marianne Kent-Stoll wasn’t happy about the scorched ground a few yards outside the Modern Language classroom, on the perimeter of her boarding high school’s forested 205-acre campus. But her frown vanished as she turned away from the window to study the classroom’s clean white walls and cheerful lime-green and sky-blue furniture.

“The firefighters saved the town and the campus,” she said of the Cranston Fire that had burned thousands of acres around the Southern California mountain town of Idyllwild in late July and early August. “The school suffered no property damage, the jazz festival was a big success–and in a few days we’ll have students arriving who get to learn in an environment like this!”

She strode energetically along the length of the classroom, tapping on its erasable wall as if to illustrate her point that the space encouraged “kinetic learning.”

“The French teacher and the Spanish teacher were worried that their spaces were too small. But they realized that would be true only if they insisted on traditional classrooms.”

For the 2018-2019 school year starting August 28, Idyllwild Arts Academy’s reimagined Modern Language classroom will be anything but traditional. It consists of two small, adjacent rooms, but the connecting door has been removed so that French teacher Margaret Lombardi, Spanish teacher Eduardo Santiago, and their students can pass through the doorway as fluidly as they can move through the entire combined space.

“It’s about freedom of movement,” Marianne says as she wheels one of the lightweight desks around the room. “Margaret or Eduardo wants the students in small groups? These mobile desks give you small groups just like that. They want to change the groups around? You’ve got that just as fast.”

She walked over to a plush beanbag chair. Or danced over—she was that excited. She dropped herself into it.

“I’ve completed an assignment the other students are working on? I come here to read.”

Marianne sprang to her feet as if still in the Jazzercise class that had ended an hour before. Grabbing one of the mobile whiteboards from where it had been hanging on the wall, she raised it above her head.

“With these the teacher can check understanding every time she asks a question and all the students hold up their boards.”

She returned the whiteboard to its hanging place and again began to stride around the room.

“And—ideal for an arts school!—this thing is like a giant canvas that you don’t have to worry about leaving your one perfect masterpiece on.”

She looked around for something to write with, but Margaret and Eduardo hadn’t yet outfitted their classroom with school year necessities. She shrugged and used her finger to make an imaginary scribble on the wall. Then she pretended to erase it.

“Don’t artists get to spill their paint? Don’t musicians get to say that maybe it’ll sound better if I play that note instead? It’s called practice, which is what our young visual artists and musicians and dancers and the others do all the time at this school. That should be the model for every kind of learning, including language learning.”

Marianne began to say something more, but she stopped to look at her cell phone.

“Wow: next appointment’s in five minutes on the other side of campus. Forget the restroom stop, I guess.”

She surveyed the classroom one last time.

“Margaret and Eduardo are so lucky. Wish I could be one of their students!”